About 92,000 fans are expected to fill the Cotton Bowl on Saturday at the State Fair of Texas. 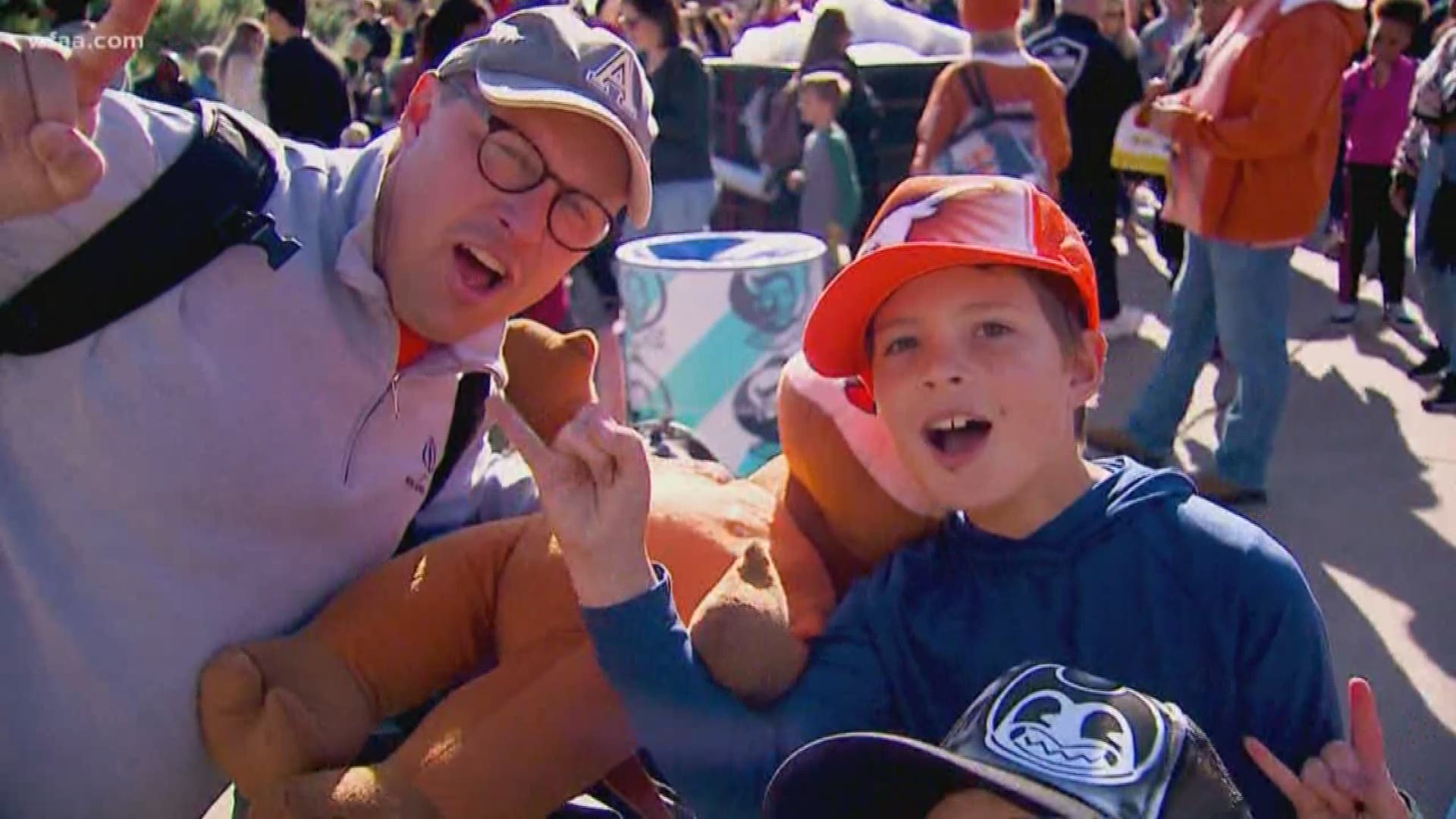 DALLAS — Workers have been preparing the grounds at the State Fair of Texas for tens of thousands of football fans expected to attend the Red River Showdown Saturday.

The match-up between the University of Texas and University of Oklahoma is part of a century old tradition. It’s also part of a huge weekend of excitement as the Longhorns and Sooners collide in Dallas.

Both sides are excited for the game between the highly rated teams. Currently, Oklahoma is No. 6 in the AP Top 25, while Texas is No. 11.

"I like the physical style that we've kind of brought back now. We're playing hard," said Longhorns fan Carson Cooper.

"We came to see the Heisman trophy winner before it happens," Sooners fan Ken Dowell said.

The football game is set to kick off at the Cotton Bowl Stadium at 11 a.m., Saturday.

"Y'all better watch out because we are coming in hot," Cooper teased.

Plenty of trash talk between Longhorns and Sooners fans has already started.

Sooners fan Phil Freeman joked, "Let's be honest, they have the series lead, but we've had more wins lately."