How much do Super Bowl halftime performers make? | Connect the Dots

The paycheck for Super Bowl performers is non-existent but the payoff is big. 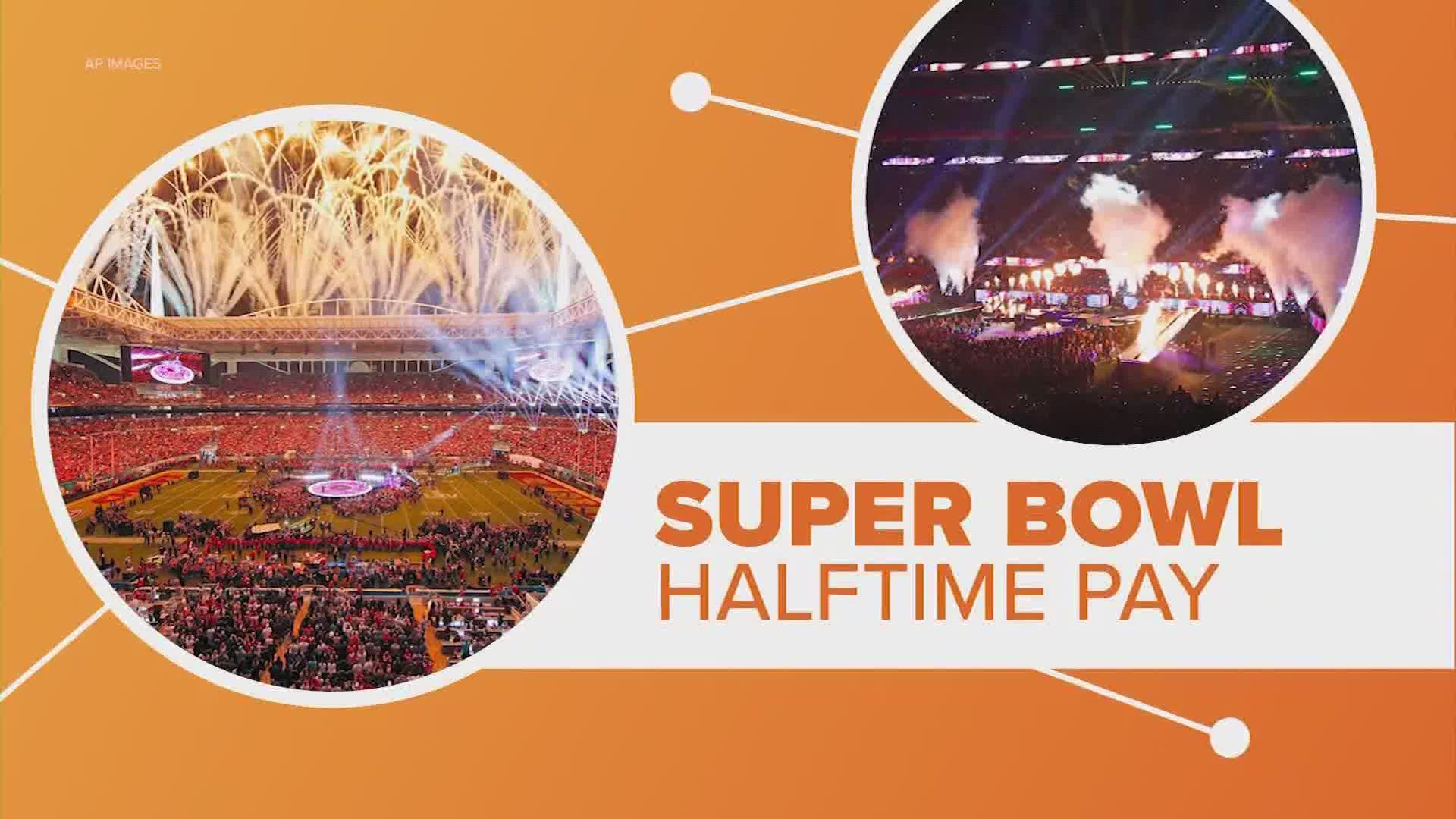 The Super Bowl halftime show is usually an extravagant affair. So how much do headliners make for belting out their hits from the 50-yard line?

The short answer is nothing. The NFL does not pay performers for the Super Bowl halftime show. But it’s not like the organization doesn’t pay up.

It covers all the other expenses related to the extravaganza, which means paying stagehands and band dues plus the production costs. And when some shows involve fireworks, choreographed drones and trapeze equipment, it can add up.

According to the Wall Street Journal, some halftime productions have cost the NFL more than $10 million dollars.

And don’t feel too bad for the big name stars missing out on a paycheck. It turns out they usually cash-in in other ways.

After the 2017 halftime, Lady Gaga’s sales and streams went up more than 1000 percent the next day. According to Billboard, Jennifer Lopez and Shakira saw their song catalog sales went up nearly 900 percent after last year’s Super Bowl.

You can expect The Weeknd to see similar growth after this year’s performance, but he could net more than just sales and streams.

According to industry experts, a halftime appearance could raise his profile for years to come since Super Bowl performers are often tapped for other big events after the big game.

So we will probably see a lot more of The Weeknd even after this weekend.