The Texans are in a bye week and are not scheduled to play again until Sunday, Nov. 8. 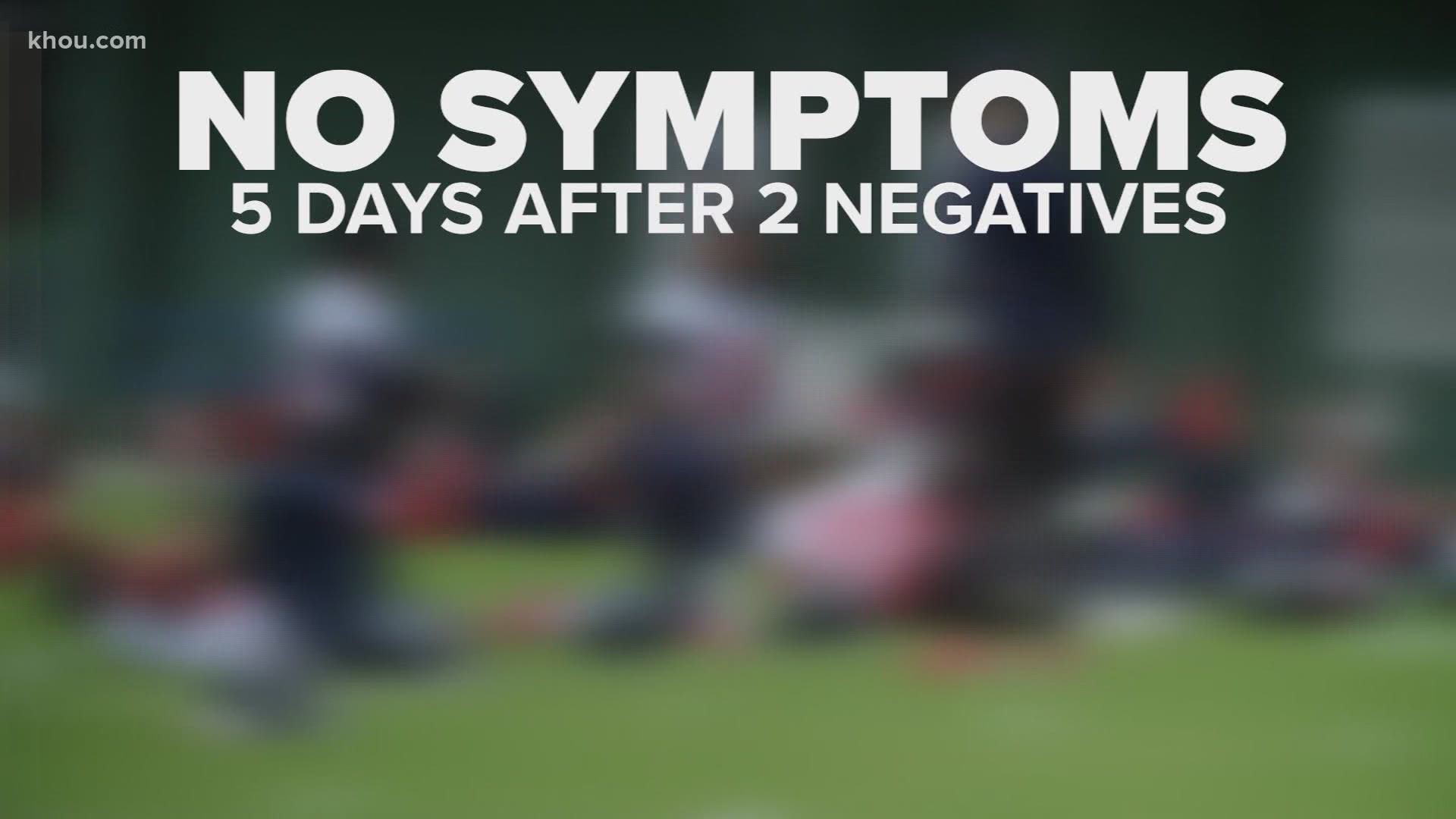 The team said he is self-isolating as facilities undergo a deep cleaning.

Here’s the statement released Wednesday morning by the Texans:

“Late last night, we received notice that a Texans player tested positive for COVID-19. In accordance with NFL protocols, the player immediately self-isolated and our Infection Control Officer and other members of the Infection Response Team began working with the NFL to perform contact tracing. Our facility will be closed today to players for deep cleaning. We are in close consultation with the NFL, as well as our team of independent doctors and specialists, and will follow their guidance regarding our scheduled bye week operations. The health and safety of our team, as well as our entire staff, are of highest priority.”

It's the team's first reported coronavirus case during the regular NFL season. In early October, the Texans faced the Minnesota Vikings just days after a reported case on that team.

The Texans are currently 1-6 for the season and are not scheduled to play another game until the Nov. 8 game against the Jaguars.

Since August, 55 NFL players have tested positive, according to the NFL. That's not including Scharping. There were 24 people, including 13 players who tested positive on the Titans earlier this season. Tennessee was also fined $350,000 for not following the NFL's rules.