The star quarterback was 18 of 25 for 234 yards, three touchdowns and no interceptions. 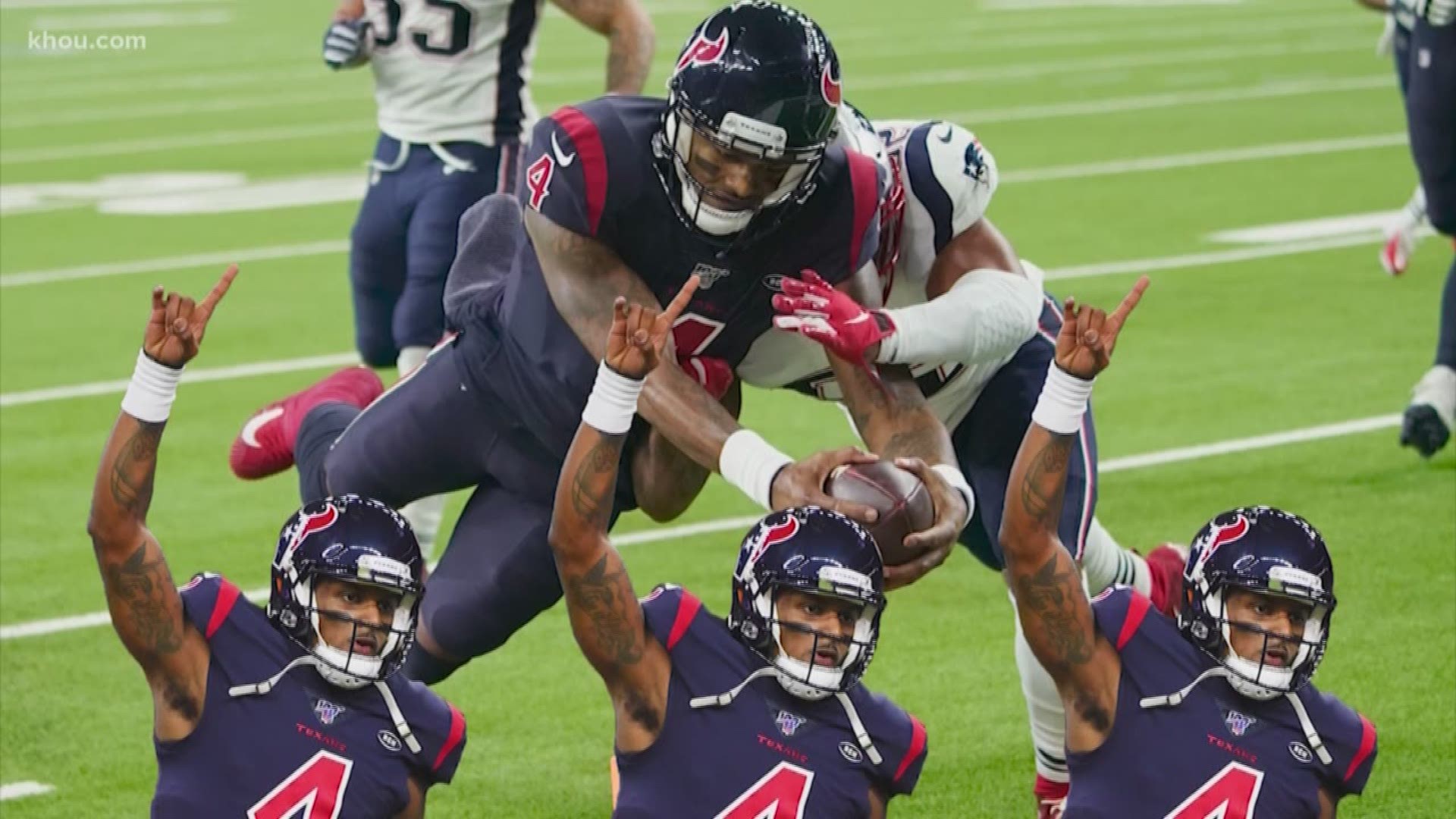 HOUSTON — Houston Texans quarterback Deshaun Watson has been named AFC Offensive Player of the Week after the team’s 28-22 win over the New England Patriots Sunday.

The star quarterback was 18 of 25 for 234 yards, three touchdowns and no interceptions. He also caught a 6-yard touchdown pass from receiver DeAndre Hopkins in the fourth quarter for his first career reception and receiving touchdown.

Watson led the Texans to their second win against New England in franchise history, the first since 2009. He is the first player to throw multiple touchdown passes against the Patriots this season and scored just the third first-quarter touchdown against the team this year.