The Texans won the outright title on the final day of the regular season. 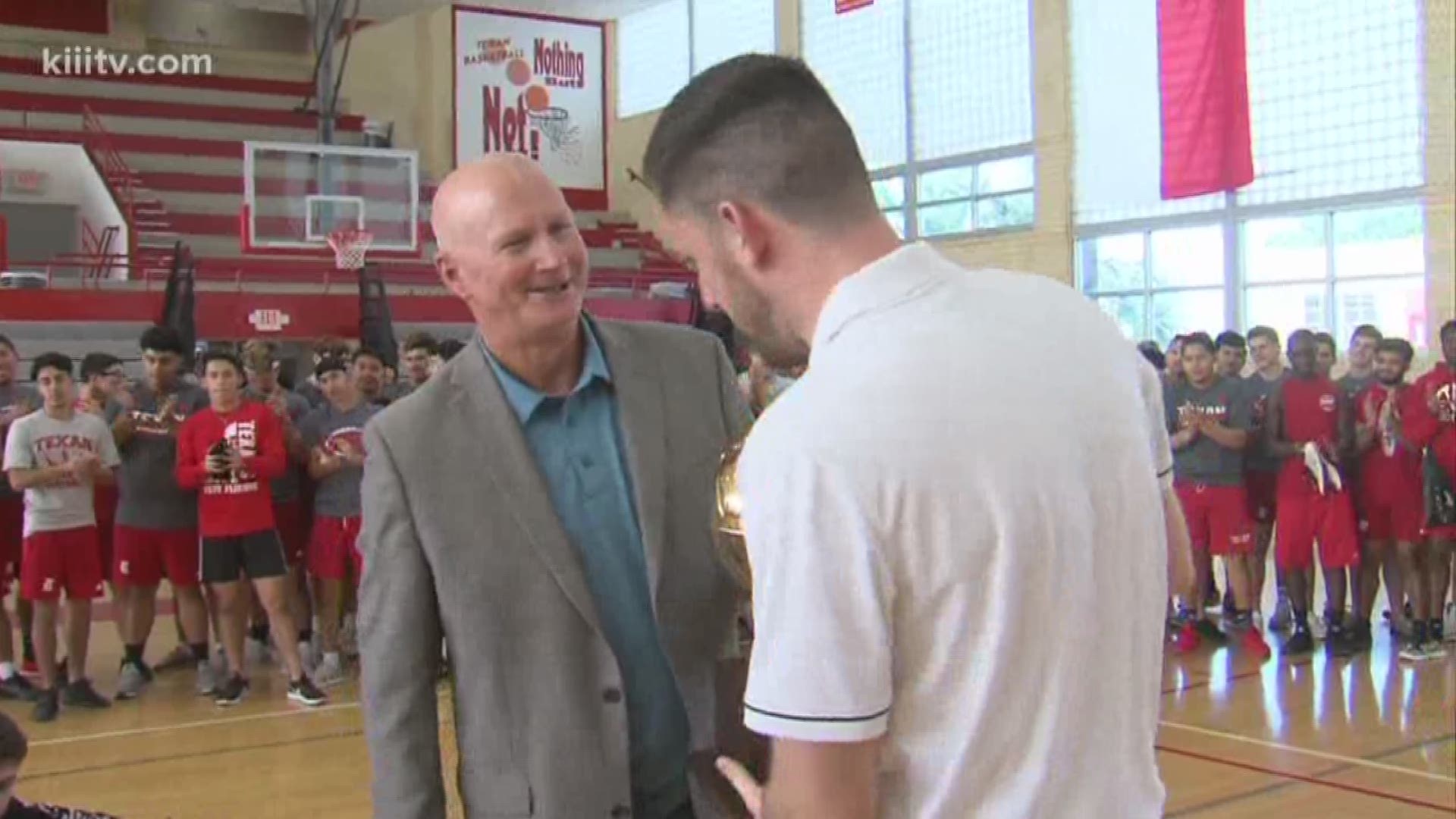 CORPUS CHRISTI, Texas — The Ray Texans boys basketball team took care of their business Tuesday and got a little help on the side in securing the outright District 30-5A championship.

The Texans were headed towards a tie in the standings with rival Miller, that is until Moody stepped in and pulled off a stunner to knock the bucs down to second. Wednesday Ray celebrated by officially presenting the team with the trophy, brought in by former longtime coach Mark Rundle.

The Texans have slowly been building towards this point the last few years, and current coach Brandon Bourg says those near misses made the district title well worth it.

Ray will take on G-P in the bi-district round. The Wildcats got into the playoffs courtesy of their win over Laredo Cigarroa Tuesday. Ray and G-P will face off this upcoming Tuesday at 6 PM over at Veterans Memorial.