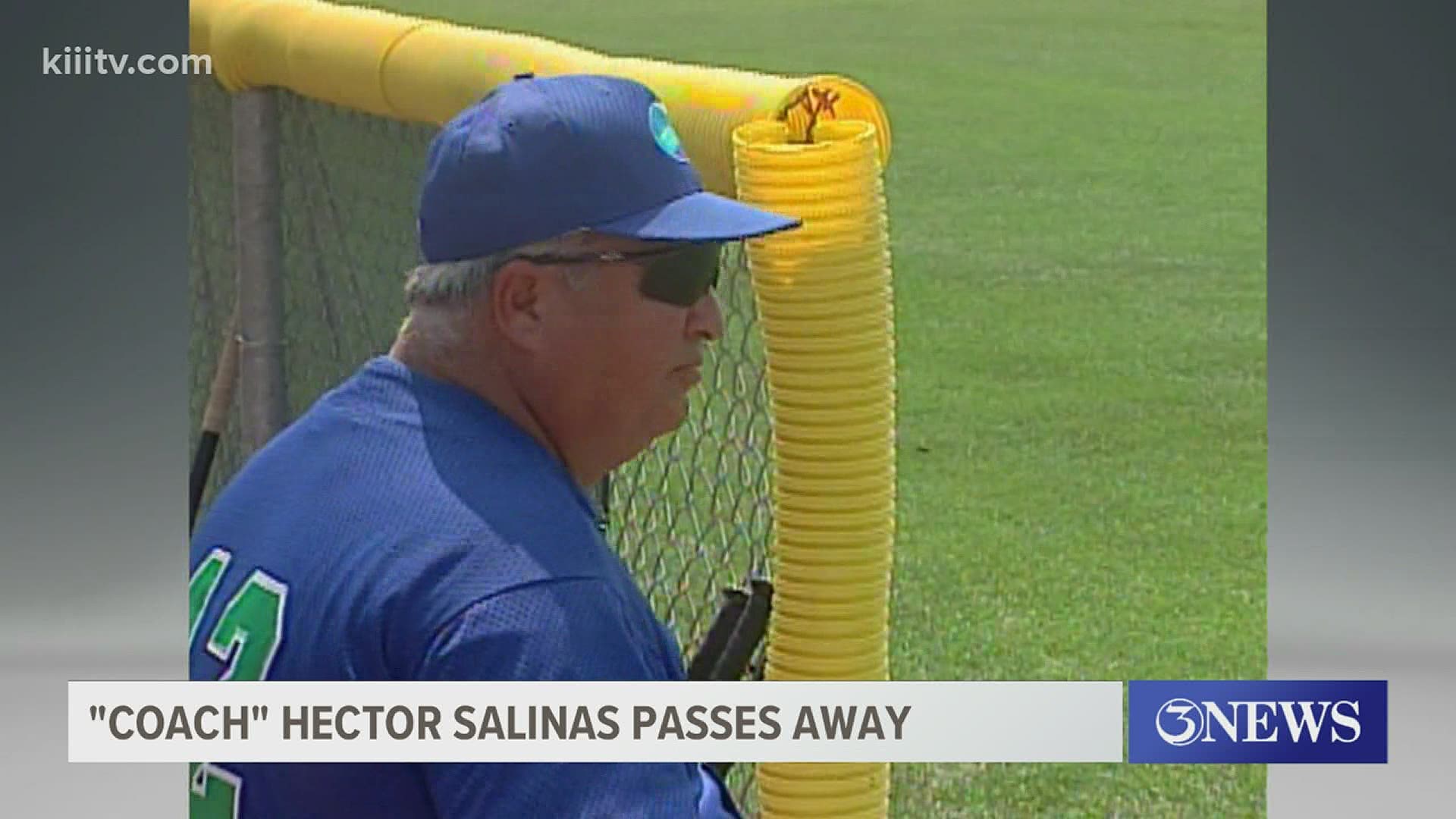 CORPUS CHRISTI, Texas — Hector Salinas was "The Godfather of South Texas baseball" and the Coastal Bend lost a true pillar of the community with his passing Friday.

Salinas was one of the main architects of "Moody Magic," leading the Trojans' baseball team to its first ever state tournament appearance back in 1978. He also jumpstarted two separate college programs, bringing a dormant Texas A&M-Kingsville program back after over 60 years away in 1993 and serving as the inaugural coach for the Islanders in 1998.

3Sports' Chris Thomasson had a chance to talk with three of Salinas's five children who are all involved in baseball and softball: Paula, Orlando and Trey. To see the full interview, click the video below.

Salinas also served Corpus Christi after his coaching days were officially over. He was elected to the CCISD School Board back in 2012 and was currently serving on the Del Mar College Board of Regents at the time of his passing.

Salinas had been suffering from health issues since back in August, but "fought to give his family a few more months with him like the warrior he was" according to his son Orlando. The South Texas icon passed away in his sleep overnight Friday from kidney failure. Salinas was 76-years-old.