Longhorns will play in San Antonio bowl game for the fourth time. 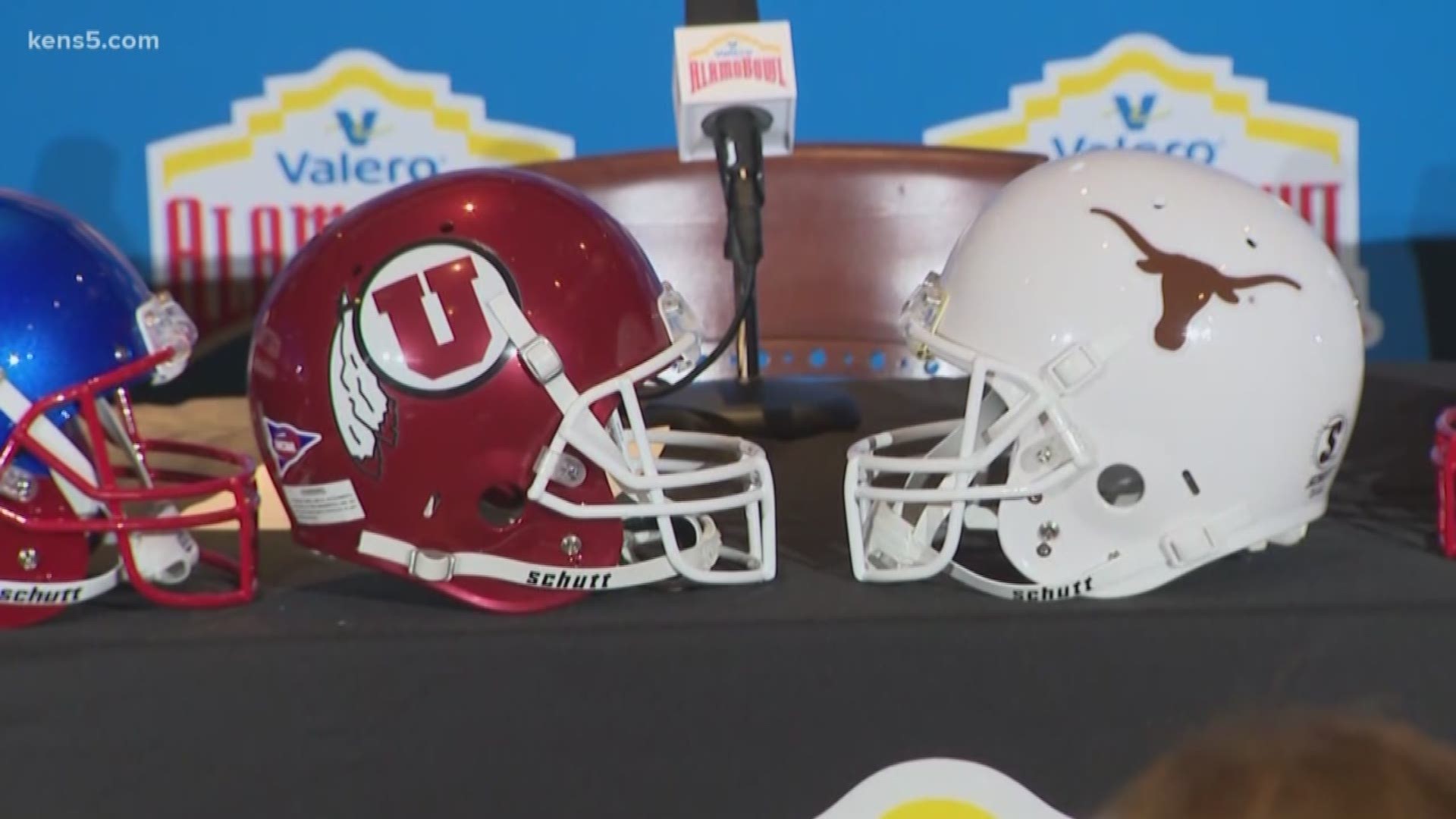 SAN ANTONIO — The eyes of Texas —  at least those that follow the Longhorns' football team — will be on San Antonio when UT takes on Utah in the 27th Alamo Bowl.

Texas and Utah have met once before in football, with the Longhorns taking a 21-12 victory in their 1982 season opener at home.

Texas finished the regular season 7-5 overall and 5-4 in the Big 12, tied with Iowa State, Kansas State, and Oklahoma State for fourth.

Utah went 11-2 for the season and first in the Pac-12 Conference's South Division at 8-1. North Division champion Oregon beat the Utes 37-15 in the Pac-12 title game Saturday, crushing any hopes Utah had of earning a berth in the College Football Playoffs. The Utes were ranked fifth going into the game.

The Alamo Bowl appearance will be the fourth for UT, which is 2-1 in the game. The Longhorns beat Iowa in 2006 and Oregon State in 2012, and lost to Oregon in Mack Brown's last game as UT coach in 2013.

Utah will make its first appearance in the Alamo Bowl, which has been played annually since 1993 at the Alamodome.

Here's how you can get your tickets to the Valero Alamo Bowl, Longhorns fans