While some are hopeful for a matchup against Texas A&M, many Facebook users think the Longhorns don't even deserve to be in a bowl game. 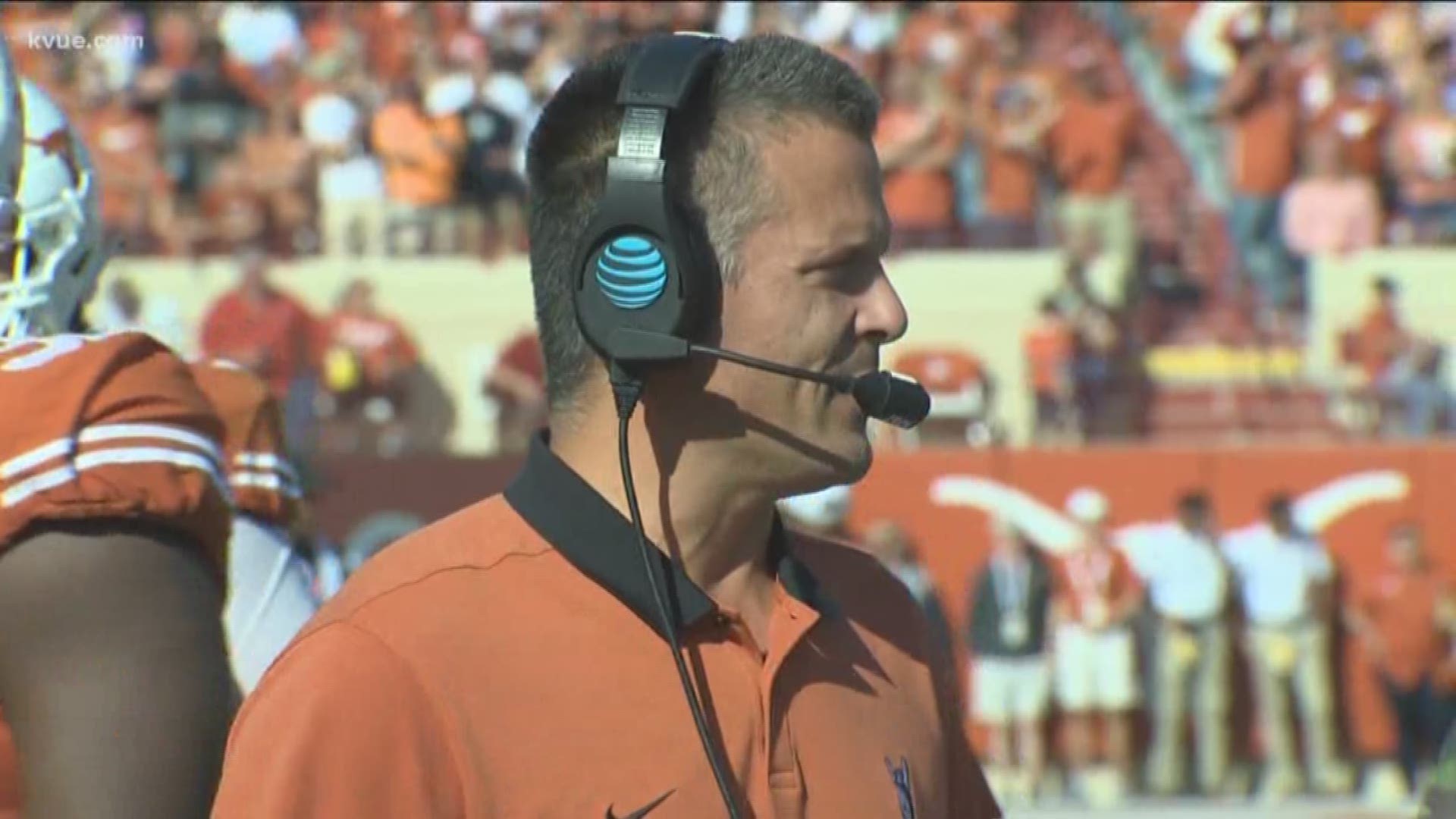 AUSTIN, Texas — College football fans took to the comments and replies to react to KVUE's bowl game prediction for the University of Texas Longhorns.

While some are hopeful for a matchup against Texas A&M, many Facebook users think the Longhorns don't even deserve to be in a bowl game, saying "The only 'bowl' that the University of Texas deserves to go to is the 'toilet bowl,'" and "The Participation Bowl."

RELATED: Which bowl game will the Texas Longhorns go to?

Another user suggested that the Longhorns should play in the "Dollar Tree Bowl." A few people complained that there are too many bowl games if teams with four or five losses are attending bowl games.

Reactions on Twitter were much of the same, with one poster claiming that the Longhorns would only have a slight chance to beat the Texas State Bobcats in a "San Marcos Bowl."

KVUE's Paul Livengood predicts the Longhorns will either play in the Alamo Bowl against a Pac-12 team or in the Texas Bowl against either the University of Oregon or the Aggies.

Police cracking down on unpaid tolls in Central Texas