The University of Utah announced Ty Jordan's death Saturday morning on Twitter. He was 19 years old. 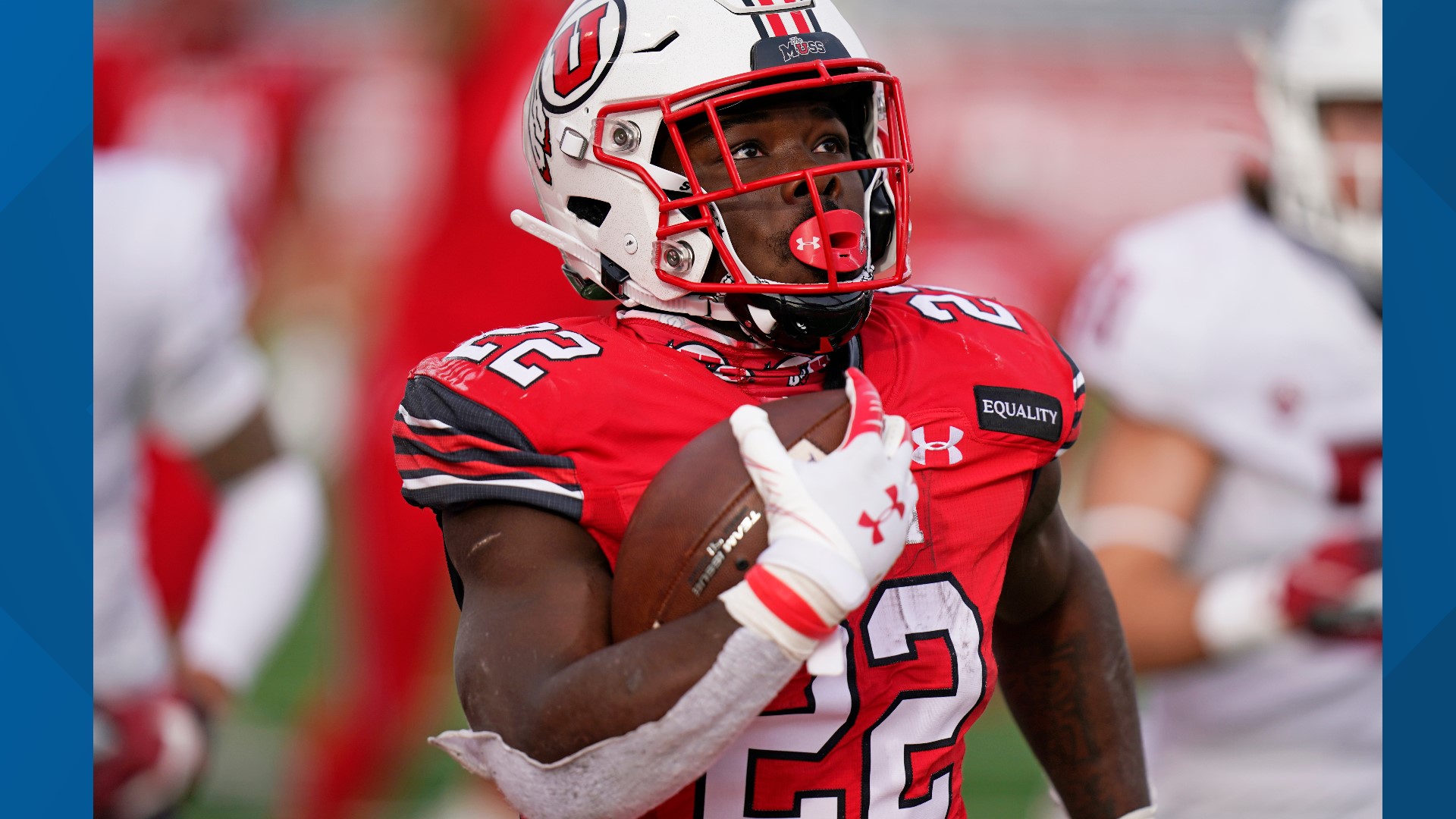 Updated at 11:19 a.m. Sunday with details of where Ty Jordan died.

Texas native Ty Jordan, who was also a star freshman running back for the University of Utah died Christmas night, school officials announced Saturday. He was 19 years old.

The Tarrant County Medical Examiner's Office confirmed that Jordan died around 10:45 p.m. Friday in Denton. The official cause of his death has not been released.

The university's athletic department tweeted out a statement and photo of Jordan Saturday morning.

"Ty's personality and smile were infectious and he made a huge impact on our program in the short time he was with us," Head football coach Kyle Whittingham said in a written statement.

The former West Mesquite High School athlete was named Pac-12's offensive freshman of the year in 2020.

According to the Utes' website, Jordan also was selected to the All-Pac-12 second-team in 2020, had five career games with four starts, and was the first freshman to have three-straight 100-yard rushing games since 1995.

Whittingham's full statement is below:

"Words cannot express the devastation and heartache that our team is feeling right now upon learning of the tragic death of our teammate and brother, Ty Jordan. Ty's personality and smile were infectious and he made a huge impact on our program in the short time he was with us. He leaves an indelible mark on each of us and our thoughts and prayers go out to his family and friends.  From the bottom of our hearts, all of us in the Utah Football Family want to say we love you Ty, and may you rest in peace."

After the announcement of Jordan's death, several other sports accounts took to Twitter to express their condolences:

Horrible news. Former West Mesquite RB Ty Jordan, the Pac-12's offensive freshman of the year, has died, according to the Utah football team.

The Denton Police Department told @Mark_Schlabach: "Following a preliminary investigation, we do believe that this was an accidental shooting, where the victim accidentally shot himself." https://t.co/4hLXzMePa2

Utah freshman running back Ty Jordan has died after an "accidental shooting" while in Texas, per @abc4utah, @TrueBuzzFB

Jordan was the 2020 Pac-12 Offensive Freshman Player of the Year pic.twitter.com/MWRuRzZeNB

This is a developing story. Download our free WFAA app to stay up-to-date on all news stories in the Dallas-Fort Worth area.