Hurricane Hanna caused major damage to the dune system along the coast and all the storms thereafter have made that damage even worse. 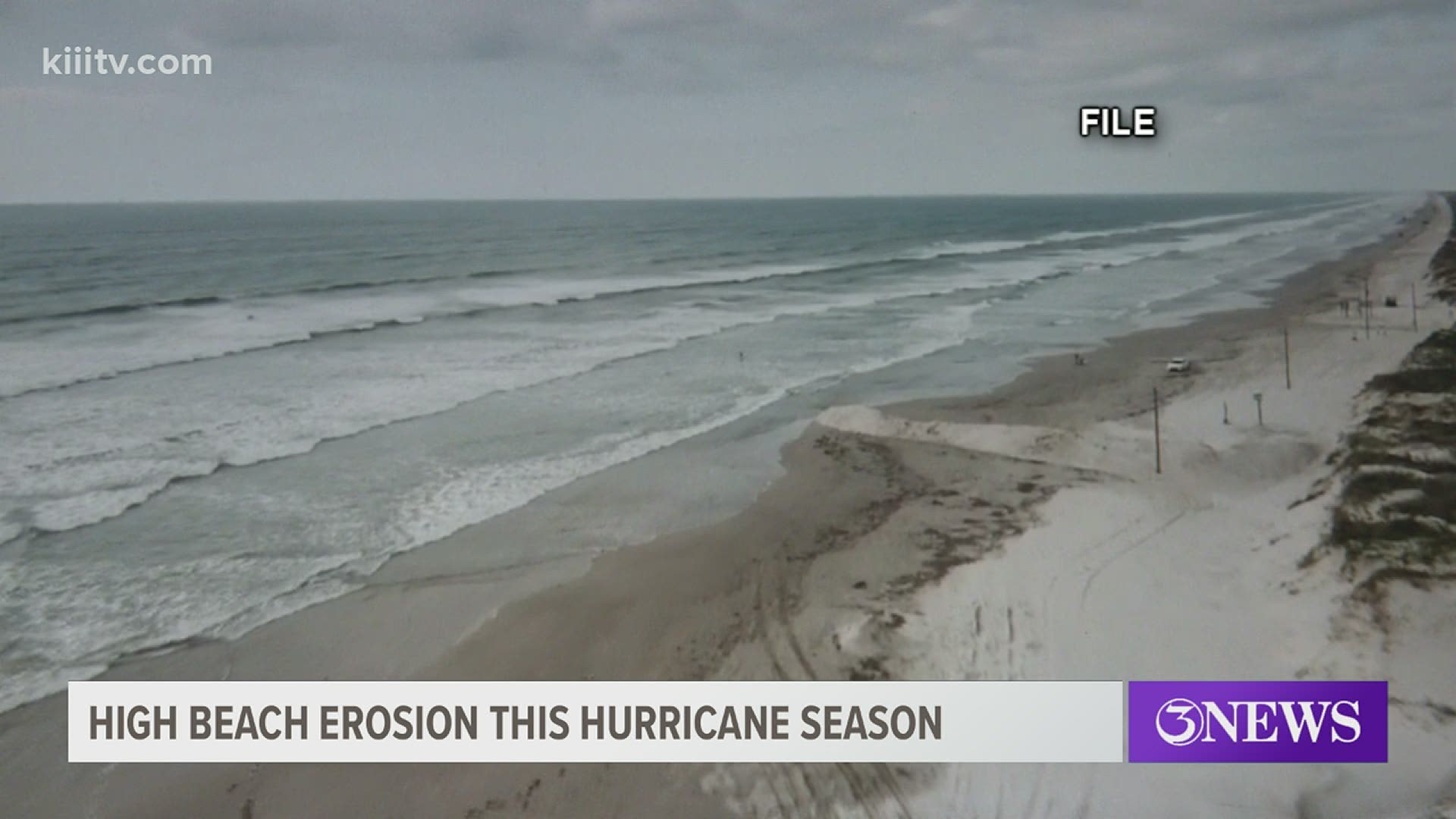 CORPUS CHRISTI, Texas — With Hurricane Zeta now projected to become the fifth named storm to make landfall on the Louisiana coast, thankfully, all we have seen are high tides and a higher threat for rip currents on our beaches. But there is also one other major impact here.

Deidre Williams is a researcher with Texas A&M Corpus Christi; they just conducted a survey from the Fish Pass on Mustang Island down to Bob Hall Pier to determine how much beach erosion we've had during this hurricane season.

“What we have had damage to is the beaches and dune system, and it has been significant. It's been some of the greatest damage I've seen over the years studying the area, and I started studying the area back in the 90's,” Williams said.

She said Hurricane Hanna caused major damage to the dune system along the coast and all the storms thereafter have made that damage even worse. That includes the narrowing of the beach along the North Padre Island seawall.

She said we've been lucky that we have an overall healthy dune system, but it is the most significant damage we've seen in a long time. She added that our bayside beaches, including those along Corpus Christi Bay, also took a hit.

"Such as Poenisch Park, University, Ropes and Cole Park, and folks are congregating in those beaches and the parks above them on the bluff, but the bluff was eroded severely along all of these parks, and the city will need to look for a plan to preserve those parks," said Williams

The final results of the survey have not yet been released. Williams said beach crews have been doing their best to help maintain our local beaches.