'Not what we were anticipating': Boaters surround SpaceX capsule at splashdown

SpaceX's recovery team radioed out to the boaters in an attempt to get them away from the Crew Dragon capsule. 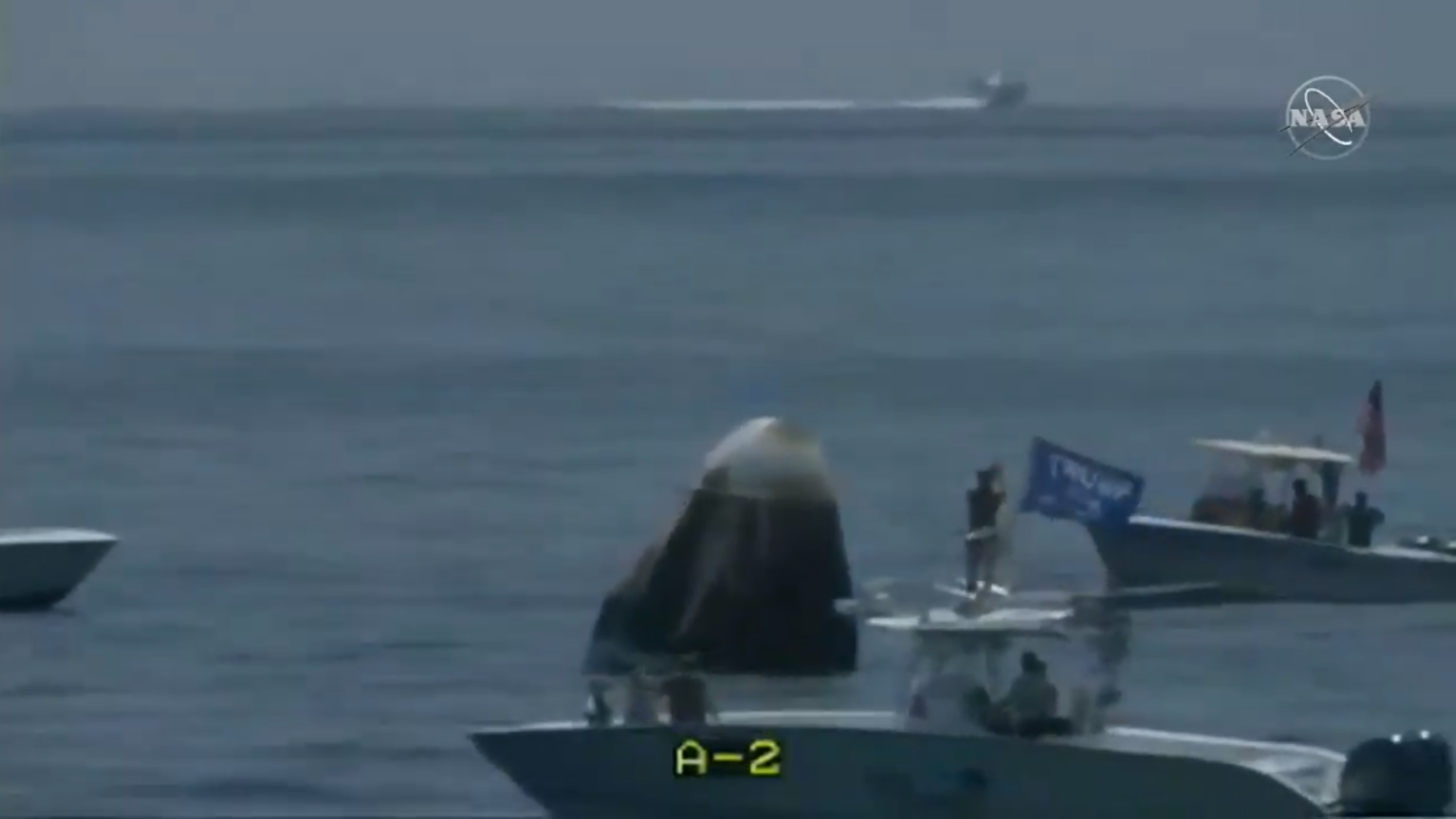 PENSACOLA, Fla. — The first splashdown by U.S. astronauts in 45 years largely appeared to be successful but was hampered by the presence of private boaters who were in the area of the target site.

Images captured by NASA cameras showed at least 20 boats surrounding SpaceX's Crew Dragon capsule not long after it made a splash landing Sunday afternoon in the Gulf of Mexico. NASA astronauts Bob Behnken and Doug Hurley waited inside for the recovery team to get to the capsule.

The Coast Guard and SpaceX typically work in tandem to establish restricted navigation areas for rocket launches at Cape Canaveral to keep vessels out of the area and ensure safety.

A Coast Guard spokesperson told 10 Tampa Bay a safety warning was issued about two hours prior to splashdown, saying they should avoid the area. It remains, so far, unclear whether anyone was found in violation.

During the NASA broadcast, the presenters said the SpaceX recovery team radioed out to boaters in an attempt to get them out of the area. They added the capsule needed to be tested for any harmful fumes from the capsule that could put anyone in the area at risk.

"That was not what we were anticipating," NASA administrator Jim Bridenstine said during a news conference. "Of course, we wanted to make sure there was a clearing for them to land...the Coast Guard did an excellent job of ensuring that.

Some of the boaters had an American flag and a flag for President Donald Trump's campaign onboard.

Private boats ordered to back off after surrounding @SpaceX capsule shortly after splash down in the Gulf of Mexico. “Maybe next time we shouldn’t announce our landing zone.” #WTSP #10TampaBay #SplashDown #FloridaMan #onlyinflorida pic.twitter.com/VRrcZvXxT1

Behnken and Hurley rode the SpaceX Crew Dragon capsule back to Earth less than a day after departing the International Space Station and two months after blasting off from Florida.

The capsule parachuted into the calm gulf waters off the coast of Pensacola, hundreds of miles from Tropical Storm Isaias pounding Florida’s Atlantic coast.

“Welcome back to planet Earth and thanks for flying SpaceX,” the company's Mission Control said.