'This is a huge milestone': Astronaut says SpaceX launch a step closer to getting back to the moon

SpaceX's Falcon 9 Crew Dragon is the first built by a private company to put astronauts in orbit. It could open doors for more commercial providers to get to space. 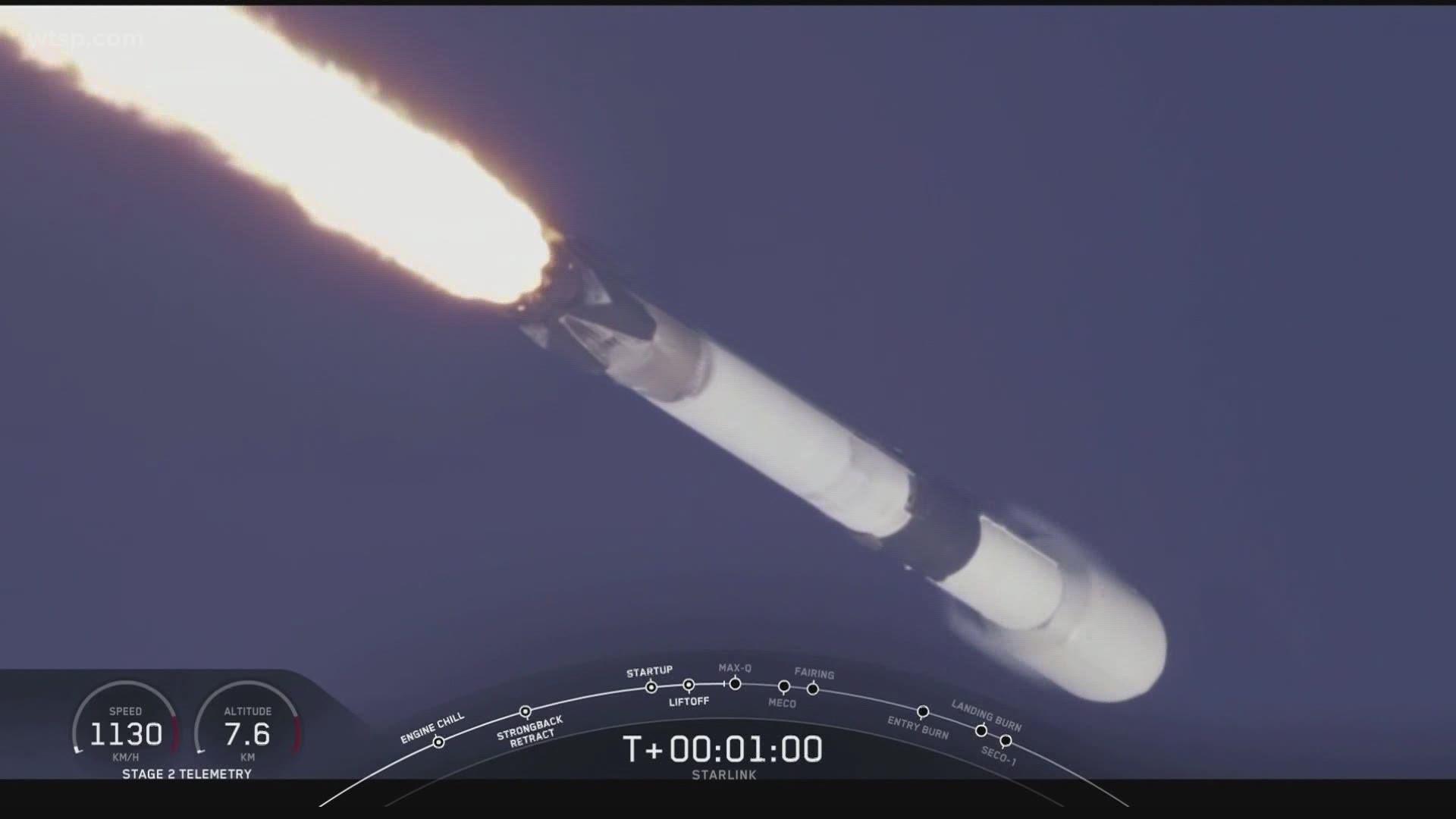 There's nothing more surreal than watching a rocket launch into space.

"Awesome is the one word I can use for the whole entire experience," said Nicole Stott.

The retired astronaut and Clearwater native has lived the experience more than once.

"Until you get to that countdown and that seven million pounds of rocket thrust starts exploding underneath you, you really don't necessarily believe that you're actually going to go," Stott said.

But this time she'll be on the ground watching her colleagues, Bob Behnken and Doug Hurley, strap in for a historic mission to the International Space Station. For the first time in nine years, the U.S. will launch American astronauts, on an American-made space craft, from American soil at Kennedy Space Center in Cape Canaveral.

RELATED: If Crew Dragon doesn't launch Wednesday, when will it happen?

"Those two guys are part of my astronaut class. We all started at the same time in the class of 2000 and so it's like it's like a family thing. It's exciting because I think that it's not just about what we're doing tomorrow, which is sending Bob and Doug, two U.S. astronauts back to the station. It's about really starting a whole new opportunity in space," Stott said.

SpaceX's Falcon 9 Crew Dragon will be the first built by a private company to put astronauts in orbit. If all goes well, the doors for more commercial providers to get to space will open after years of flying with Russian partners.

"That opens up, you know, so many interesting opportunities for new business cases for them in space, as well as supporting NASA crew getting to and from the missions that we have. I love it! It's a beautiful blend of public and private," Stott said.

If all goes well, the launch will unify the country and give people hope in a time were many of us are looking for something to celebrate.

"We are behaving like crew on spaceship Earth now because we have to do this. We have to spend this time in our homes so that we can, you know, save life for everyone here on the planet. I hope the audience is huge. I hope everybody will get the goosebumps and understands that this is a big deal," Stott said.

If successful, the launch will bring the U.S. one step closer to getting back on the moon in four years. NASA officials confirmed the launch was a go Tuesday afternoon, saying the weather is 60 percent favorable.