Is Van Horn the new Space City? Residents say they're competing with Houston for the rights to the title

Van Horn will have another shuttle launch under their belt on Wednesday. Neighbors of Blue Origin's spaceport say they could take the Space City title from Houston! 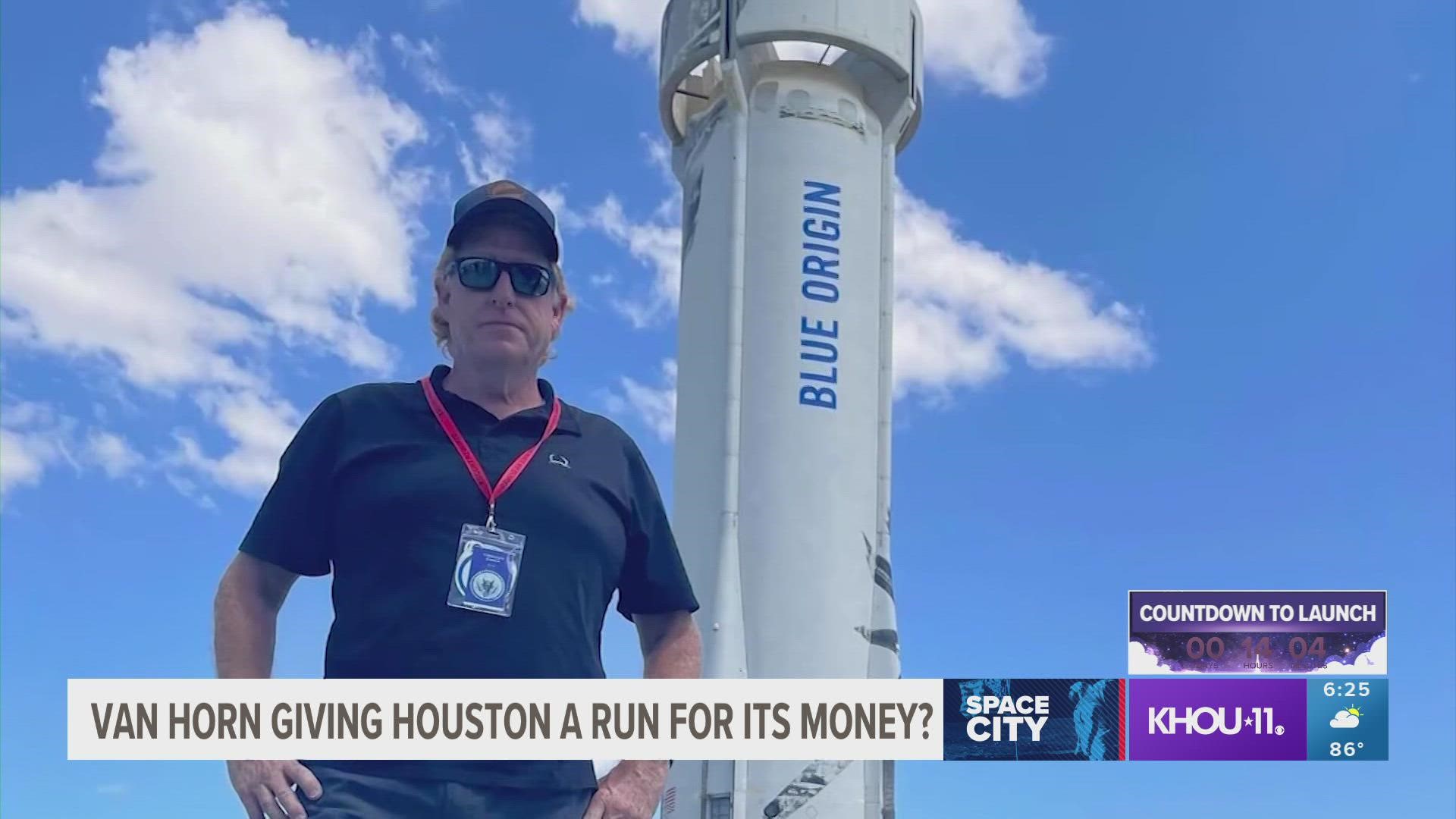 Some people are saying Van Horn is becoming the new Space City, not Houston.

"Good business," Vance Cottrell said. "It's a lot of fun."

In the West Texas desert, the sound of trucks and tractors is common, but over the years, Cottrell has added spacecraft noise to the list.

"You know, when everybody thinks about space, they think about Houston. Well, now they can start thinking of Van Horn because we got it going on," Cottrell said.

RELATED: 'Live long and prosper': Van Horn mayor a Trekkie who's over the moon about William Shatner's trip on Blue Origin

"So, when they do the testing there's so many flames, fire, smoke and dust what have you can see it from here," Cottrell said.

Joe Anchondo spends a lot of time on Cottrell's farm.

He knows exactly where to look.

"Right there -- between the dark bush and the end of the mountain," Anchondo said.

"It's a lot of fun. It's hard to imagine they're that close and they got all that going on because growing up in Van Horn you never had that sort of excitement going on," Cottrell said.