The vehicle came to a rest on the wall, leaving the driver trapped in the vehicle for a short time. 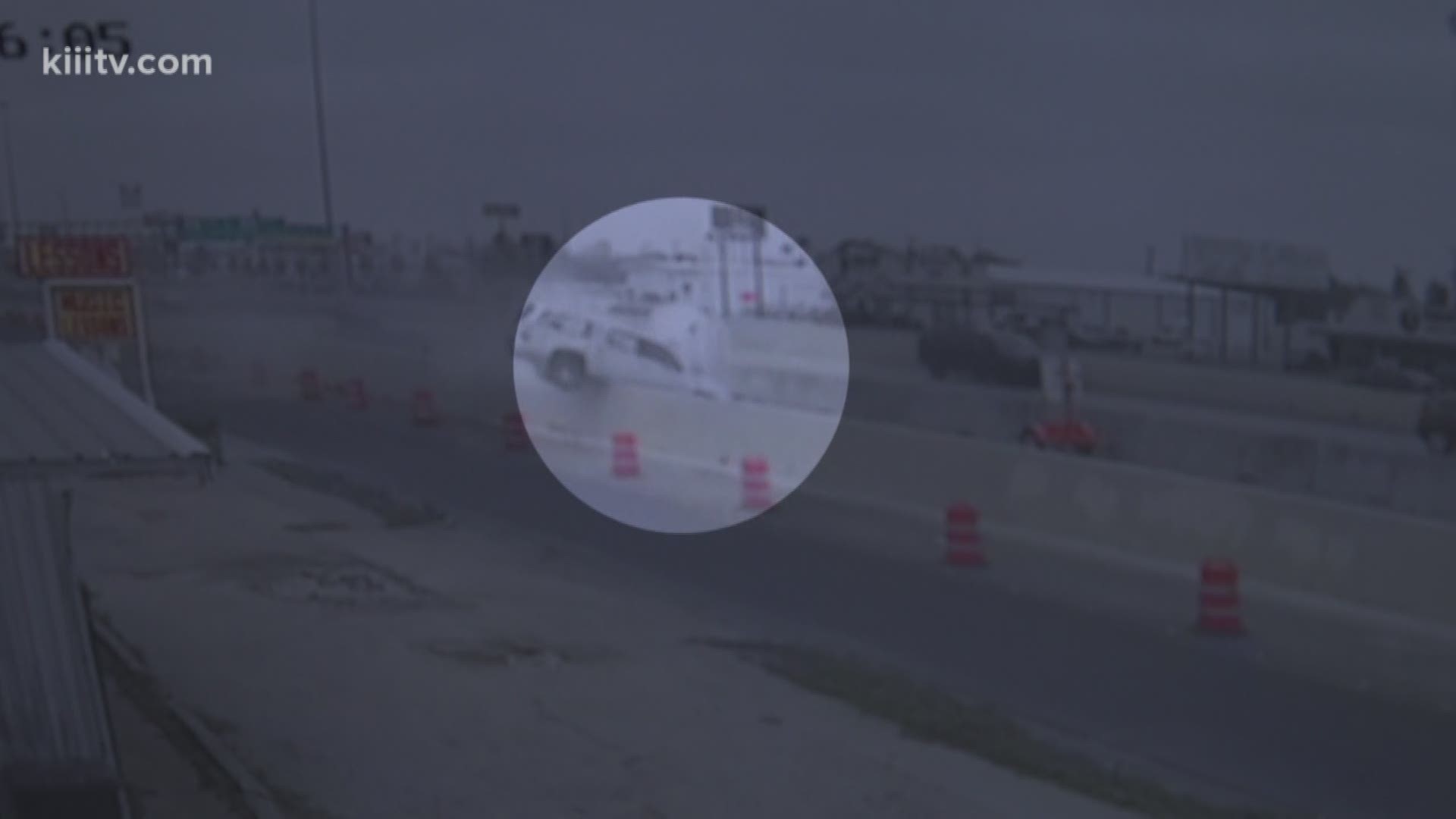 CORPUS CHRISTI, Texas — A driver was lucky to walk away from an accident with minor injuries Monday morning after crashing into the barrier along eastbound SPID near Ayers.

It happened just after 10 a.m. Monday. According to police, the 22-year-old driver of an SUV was coming off the Crosstown Expressway when he made an unsafe lane change and crashed into some water barrels along eastbound SPID. The crash caused the SUV to somersault onto the concrete barrier and slide dozens of feet facing the wrong direction.

The vehicle came to a rest on the wall, leaving the driver trapped in the vehicle for a short time. Police said nearby witnesses helped the driver get out of the vehicle and emergency crews provided medical treatment to the driver at the scene.

Chico Guzman, the owner of the nearby Blackwater Automotive, shared surveillance footage of the dramatic crash with 3News. As wild as the accident was, he said it's not unusual.

"This one here in the middle of the morning, it's rare in the morning something this bad happens, but does happy often," Guzman said.

Guzman said he regularly works until 10 or 11 p.m. and accidents happen almost nightly.

Police said the driver will likely be charged with making an unsafe lane change. Meanwhile, investigators are still trying to determine if distracted driving was a factor in the crash.