Drivers caught up in crashes at intersection of Interstate 35 and U.S. 183

There were at least three wrecks at the intersection just this week. 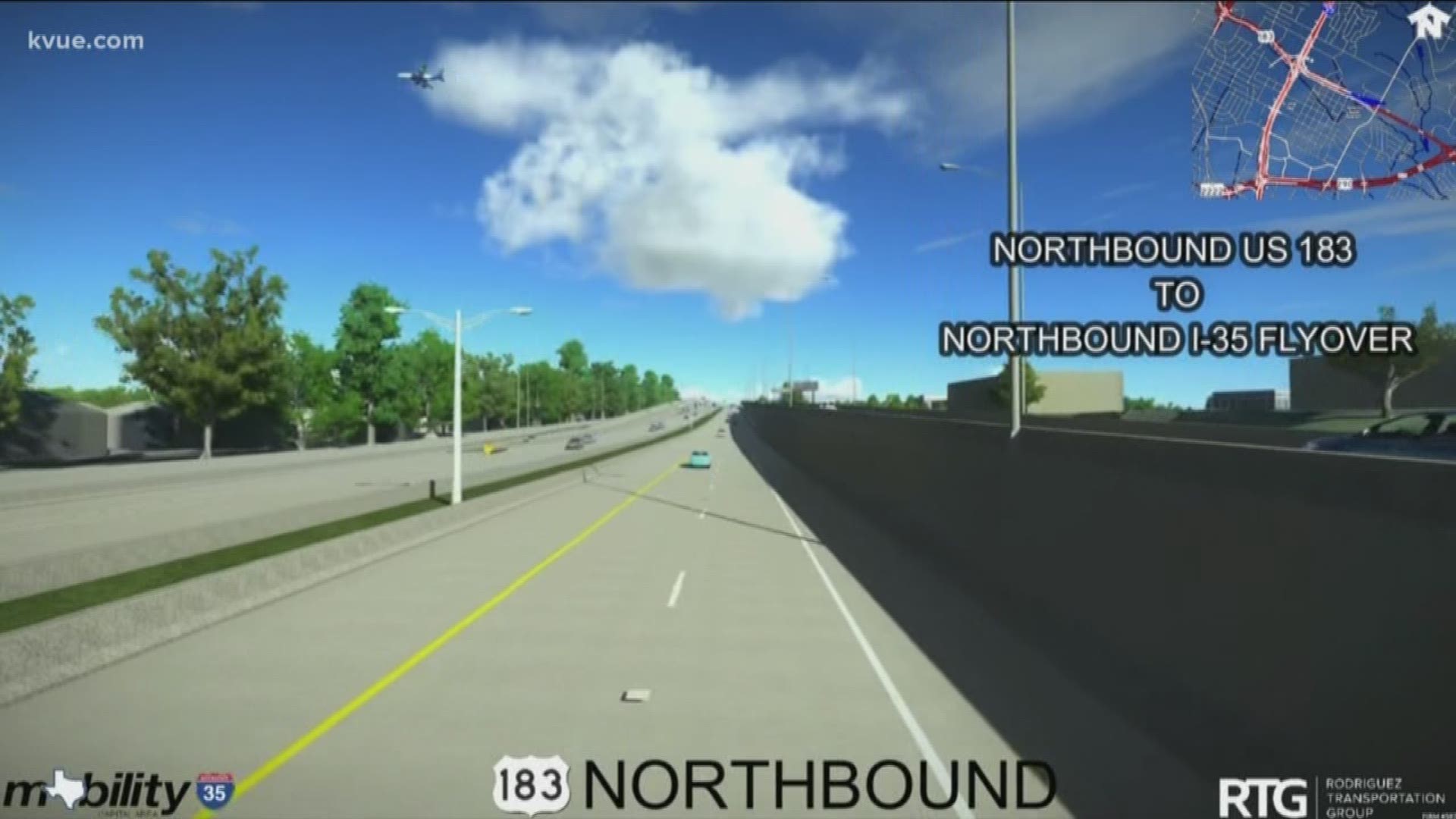 AUSTIN, Texas — So far this week, there have been at least three overnight crashes at the intersection of Interstate Highway 35 and U.S. 183.

The spot is already a headache.

“Very hectic,” said driver Claude Marshall. “Getting in and getting out – and now it's even worse.”

On Wednesday, police dealt with a crash on northbound I-35 between U.S. 183 and Rundberg Lane. On Thursday, an 18-wheeler crashed into a construction worker from a construction zone at the intersection and a man was seriously injured. And Friday morning, three people were sent to the hospital after a three-car crash in the construction zone.

“Now with all the accidents that are happening here, we hope something happens really soon,” Marshall said.

But the work there will take years before it ends. TxDOT is building three new flyovers at U.S. 183 and I-35.

KVUE asked TxDOT if any safety measures, like extra signage, will be added.

The department said, without going into detail, “Safety is our number one priority at TxDOT. Any time we begin a construction project, safety measures are implemented.”

TxDOT also asked that drivers slow down for construction workers.

“We have so many people moving here into the Austin area,” Marshall said. “We're just going to have to pack a little patience.”

That patience will have to last until the construction finishes in early 2021.

WATCH: What the Beep: What's up with the I-35 construction?