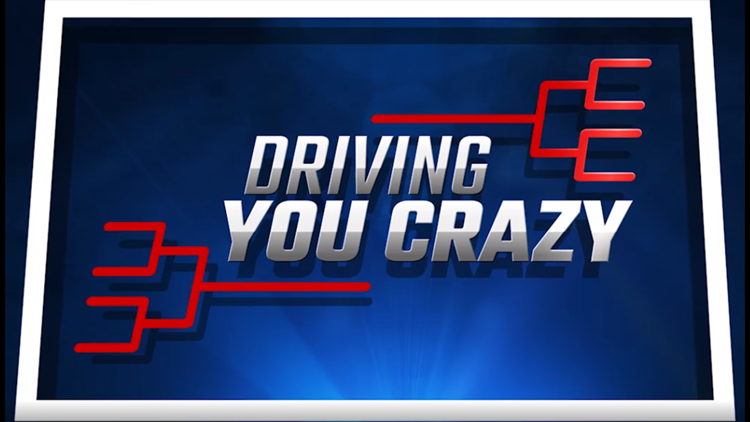 Driving You Crazy: Pyrenees at Dalmation vs. Holly at Rodd Field

CORPUS CHRISTI, Texas — There are hundreds of roadways in South Texas that connect us with family, friends, and work; but 3News wants to know which one is Driving You Crazy!

Which street has the most bumps, the biggest potholes, and tons of loose gravel?

On Tuesday it was between Jr. Beck and Morgan, and Morgan was the winner!

Today we pit Pyrenees at Dalmation vs. Holly at Rodd Field.

Pyrenees is way on the Corpus Christi's southside and is home to industrial businesses, a dog training facility and Lazy Beach Brewery. After it was annexed it received water and sewage from the City. The roadways did not receive the same love, according to the handful of business owners we spoke with.

Holly connects many residential homes to a major thoroughfare. Drivers must pass through here as one of only a couple of ways to get out of their neighborhood. Multiple mini-pot holes that once littered the street are filled but residents say when it rains, they quickly return.

Tomorrow on First Edition, we'll see who comes out on top, and then we'll pit two more streets together and continue until we narrow it down.