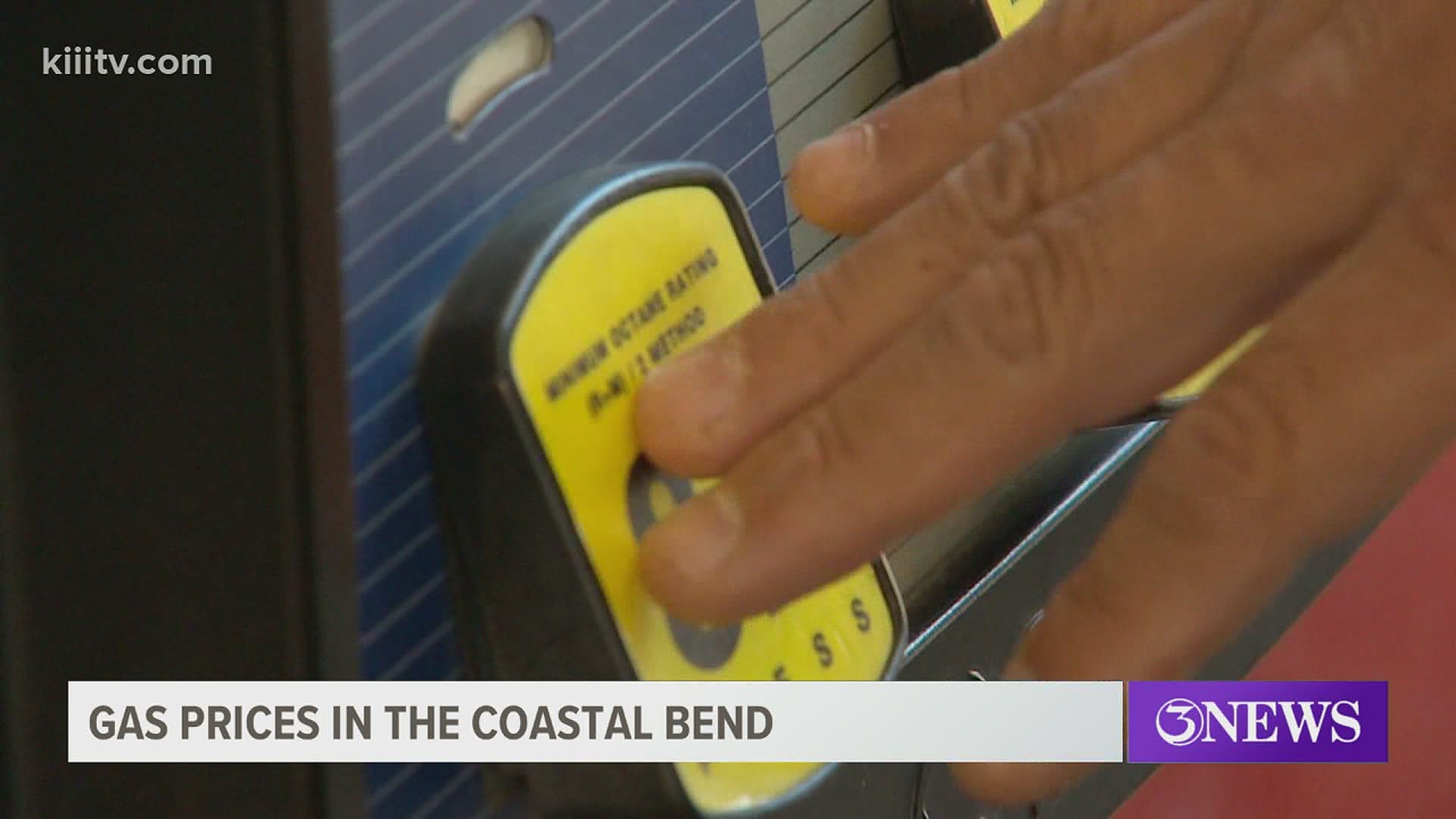 CORPUS CHRISTI, Texas — Corpus Christi's gas prices have fallen more than four and a half cents per gallon in the past week, averaging $2.60 a gallon today, according to GasBuddy's daily survey of 295 stations in the city.

According to GasBuddy price reports, the cheapest station in Corpus Christi is priced at $2.45 a gallon, while the most expensive is $2.84 a gallon. It's a difference of $.39 per gallon.

"Corpus Christi average prices peaked at about $2.70 a gallon by about mid-may and now we are down about $.06 cents, no actually about $.10 a gallon since then," Patrick Dehan, Petroleum Analyst with GasBuddy said.

"So prices have drifted lower. Oil prices have kind of been hit and miss. They dropped last week, but today, they're up sharply but by and large the summer driving season. Prices in Corpus Christi now just at the $2.60 mark, still amongst the highest they've been since 2018."

The national average price of gasoline has risen six cents per gallon in the last week, averaging $3.04 a gallon today.

The national average is up 14.3 cents per gallon from a month ago and stands $1.06 a gallon higher than a year ago.