What to know as JFK Causeway Bridge lane closures start

Beginning Tuesday, the Texas Department of Transportation will start a $9 million maintenance project on the JFK Causeway Bridge. 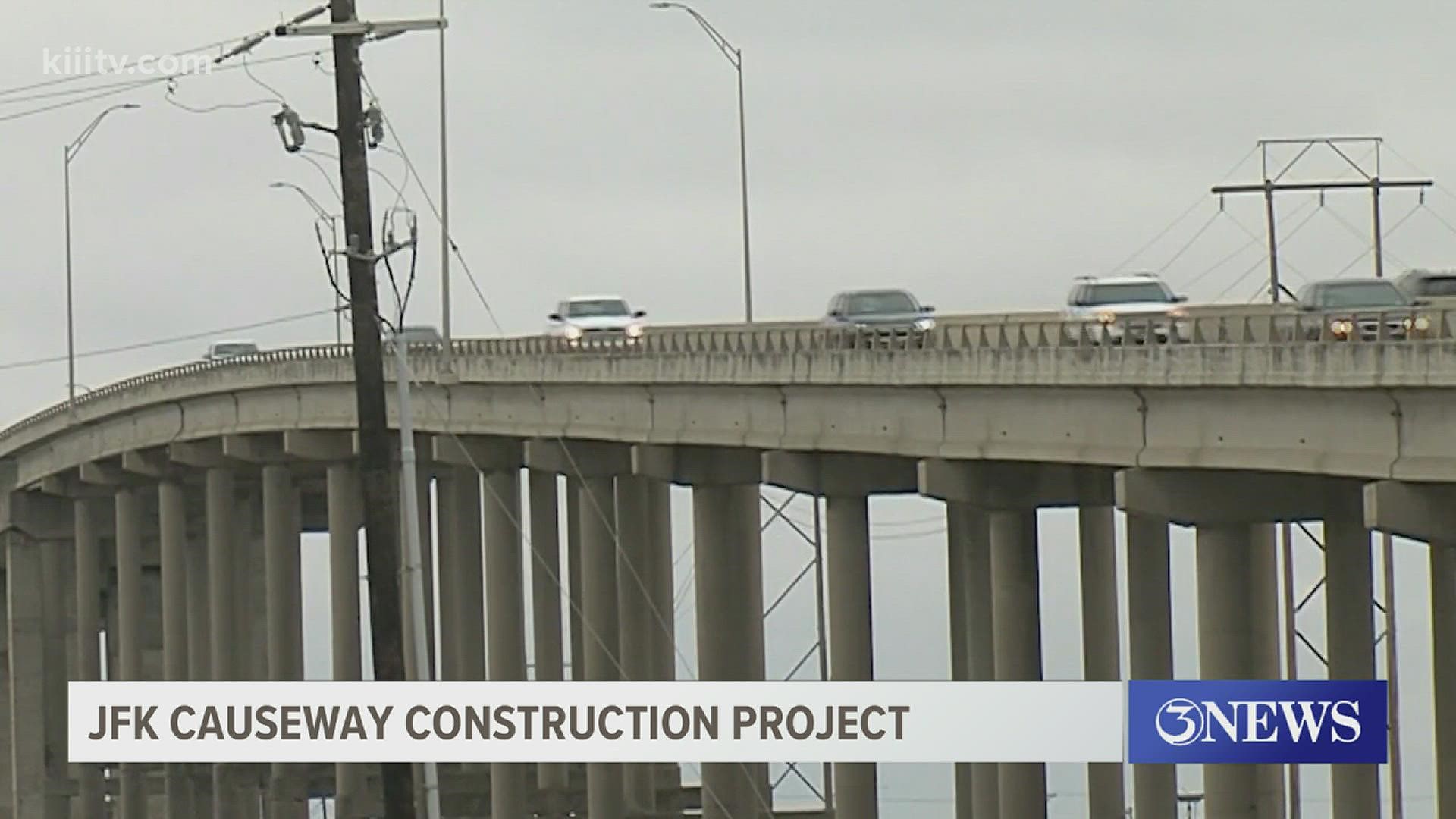 CORPUS CHRISTI, Texas — Drivers might soon experience some traffic delays if you’re coming from or going to the island as the $9 million dollar project is set to begin.

“The bridge itself is structurally sound but again all infrastructure reaches a point where you have to do significant maintenance on it and we’ve reached that point,” Rickey Dailey, Public Information Officer for TxDOT Corpus Christi, said.

"Then motorists will notice that there will be one lane open in each direction on Tuesday, the 30th," Dailey said.

He added the project is aimed at extending the life of the Bridge.

“All infrastructure needs maintenance and without this maintenance work at this time, we could be faced with completely shutting down the bridge entirely and doing much more extensive rehabilitation,” Dailey said.

There are a few repairs that won’t be visible to the eye.

“This maintenance project will include repairs to the substructure of the bridge, the superstructure and the railings, but also probably we’re going to work on the existing armor joints and the bearing pads,” Dailey said.

However, he said there is one major repair that every driver will notice.

“There will be a new concrete overlay travel surface on the bridge deck so the surface that the motorists driving on will be a new surface,” Dailey said.

The project is going to take quite a bit of time, and here’s what drivers can expect.

During Phase 1, traffic will be shifted to the two outside lanes of the bridge on Tuesday, November 30. This traffic pattern will be in effect until May 31. However, all four lanes on the bridge will be temporarily open during the Beach to Bay Marathon on May 21.

All four lanes on the bridge will also be open throughout the 2022 hurricane season, beginning June 1 through Nov. 30. At the end of the hurricane season, the traffic pattern will return to two-lane closures from December 2022 through the completion of the project in the Spring of 2023.

The Corpus Christi Public Works Department and TxDOT will monitor city traffic cameras throughout the project's duration to help alleviate traffic concerns. If residents would like to plan for their daily commute, they can view the city's cameras at www.cctexas.com/jfkbridgeproject.