30-year-old Kenneth Stevens from Alice was the man killed at the intersection, according to the Nueces County Medical Examiner's Office. 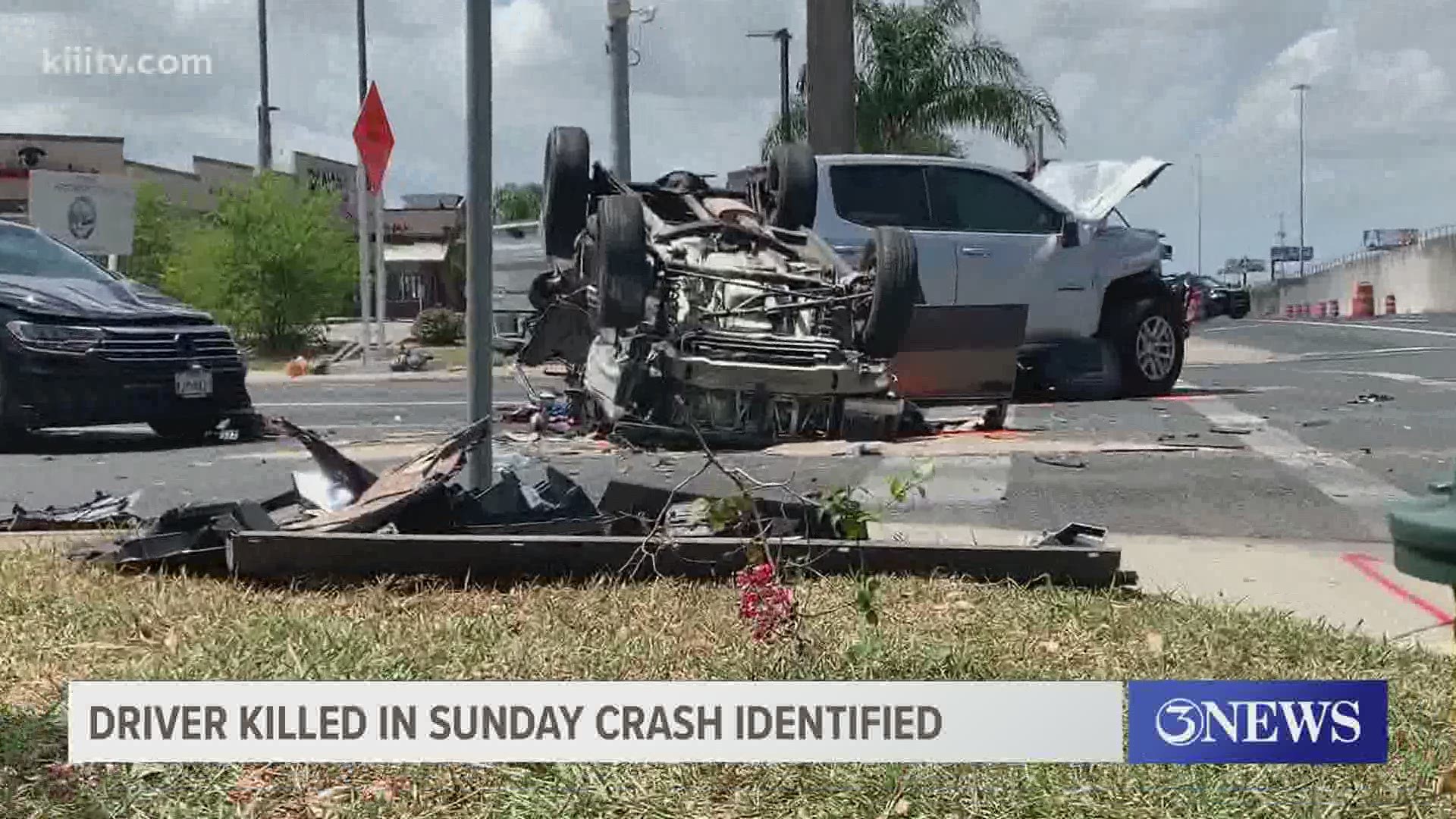 The Nueces County Medical Examiner's Office has identified the man killed in the car crash at the Everhart and South Padre Island Drive intersection. 30-year-old Kenneth Stevens from Alice was the man killed at the intersection, according to the medical examiners.

The Corpus Christi Police Department was dispatched to the intersection of SPID and Everhart Road for a fatal traffic accident around 12:17 p.m. on Sunday, August 30.

According to CCPD, the driver of a Jeep ran the red light at the intersection, causing a major wreck.

Investigators say the driver of the Jeep was then t-boned by another driver who had the right-of-way at the intersection. A total of four vehicles were involved in Sunday's crash, police say.

Police say the driver of the Jeep was transported to a local hospital where he later died from his injuries. The other drivers suffered non-life-threatening injuries.

Officials say an unrelated traffic accident occurred on State Highway 358, otherwise known as SPID. Three vehicles were involved in the wreck, but police did not report any major injuries in that separate incident. Stay with 3News for the latest updates.

Major traffic accident at SPID @ Everhart. Everhart off ramp is currently shut down. All traffic on SPID EB is currently being diverted to Embassy Dr. Please avoid the area if possible.