At least 10 wrecks have been reported after 180-190 calves got loose early Wednesday morning. 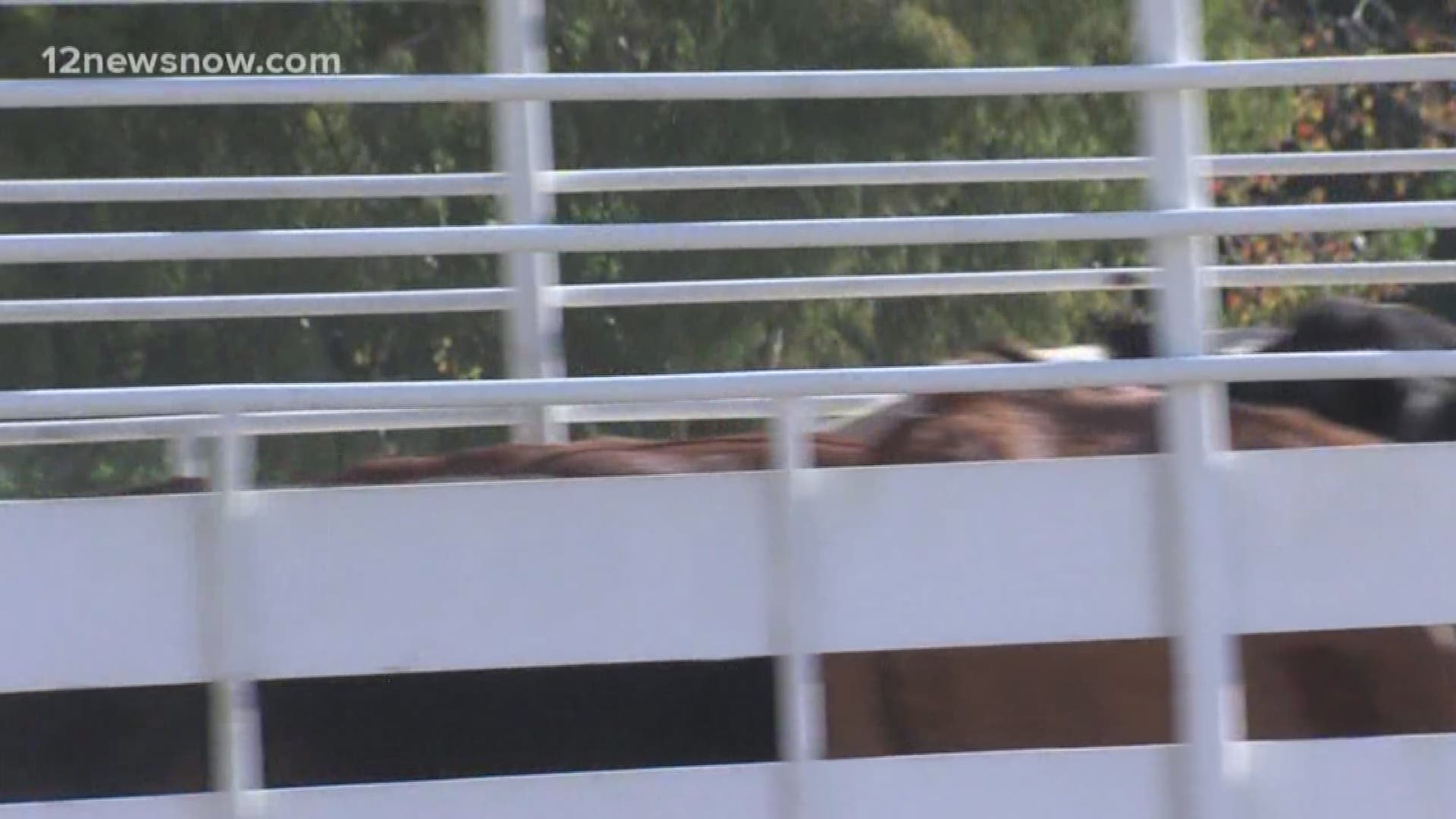 WINNIE, Texas — Officials say they still have 35 more calves to find after nearly 200 got loose after what's being described as a "freak accident" Wednesday morning.

The highways and streets of Winnie and Chambers County looked like the Wild West as volunteers on horseback tried to wrangle calves on major roads and even I-10.

Winnie ranch owner David Edwards tells 12News that his cows were spooked around 4 a.m. and ran through a wooden fence. Some made it several miles before being caught.

Video submitted by 12News viewers showed the cattle roaming streets and backyards before the sun came up Wednesday.

"When the deputy realized it wasn't just one cow but multiple cows were out he immediately started asking for help. So we got involved at about 4:16 this morning," Hawthorne said. "At first we thought it was around 30 head, then it grew to 50 head then it grew to 100 head. And now its in the neighborhood of somewhere between 180 to 190 head."

Dozens of volunteers Winnie firefighters and Sour Lake police officers have been working alongside the deputies since 6 a.m. to round up all of the cattle.

Deputies say that at least 10 crashes have been blamed on the loose calves. There were multiple calls of the animals roaming Highways 73 and 124 as well as Interstate 10.

DPS says 15-20 cattle have been found dead on the roads throughout the area. No injuries have been reported to people involved in accidents this morning.

A parking lot near the Market Basket and Dairy Queen off Hwy. 124 in Winnie is being used as a staging area for volunteers.

This is still a developing story and 12News will be following the latest developments throughout the day.

RELATED: Deputy recovering after 750 pound cow charges at him