Compton Road is closed Tuesday morning as a result of a water main break that led to a sinkhole in the roadway on Monday. 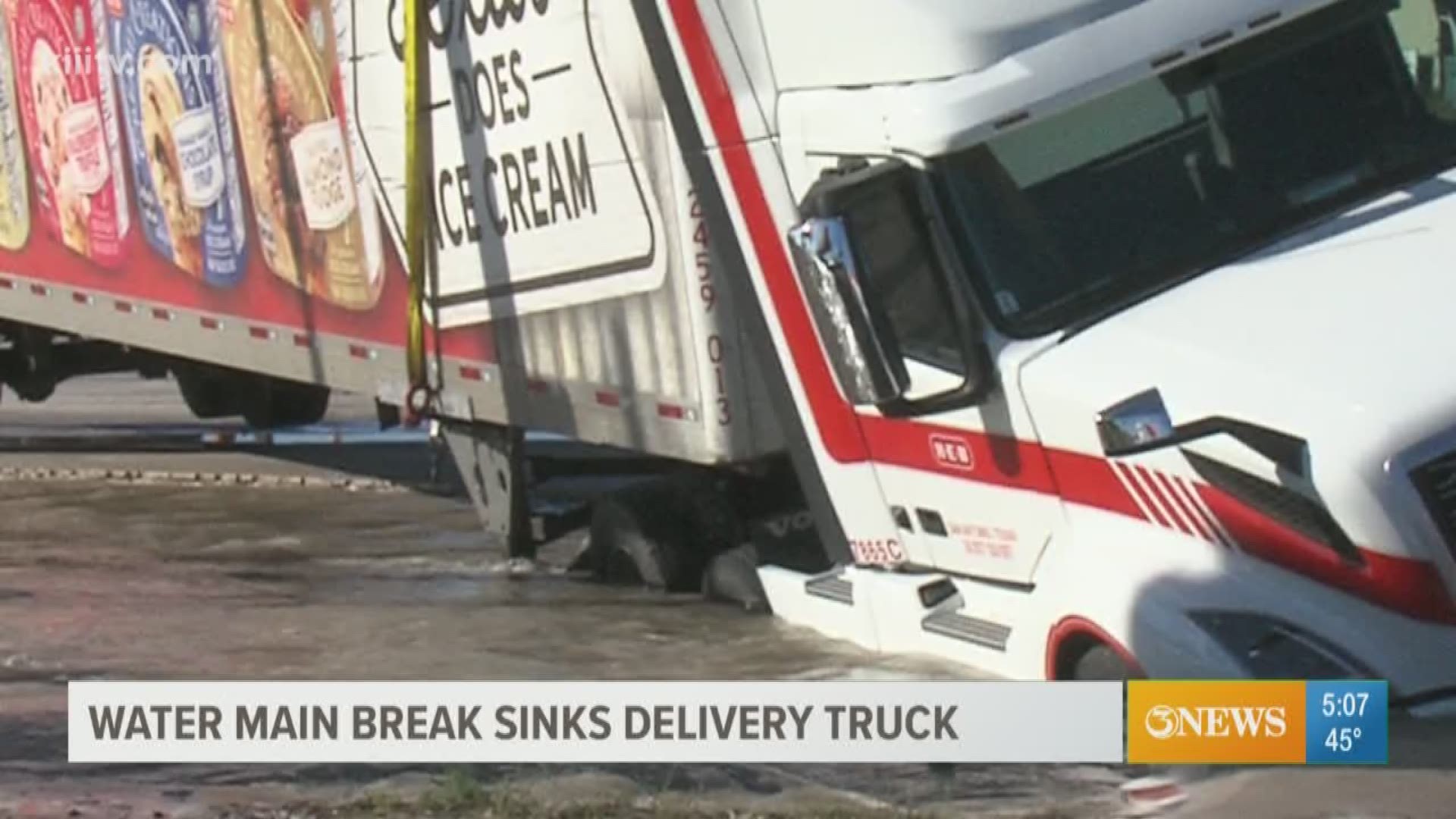 CORPUS CHRISTI, Texas — Corpus Christi police began diverting traffic Monday afternoon as crews worked to free an 18-wheeler that became stuck in a sinkhole at the intersection of Waldron and Compton roads.

A 3News viewer shared footage from the scene as an H-E-B truck got its front passenger-side tire stuck in a deep, water filled sinkhole near the curb. City crews coned off the area and Apollo Towing was called to the scene to help free the truck.

The truck was removed Monday afternoon and crews with the City of Corpus Christi went in to repair the 8-inch water main that was broken. Work crews were busy well into the evening on Monday, but made the repairs and restored water service to the area.

Compton Road at the Waldron Road intersection was still closed Tuesday morning. No word on when that intersection will be opened back up. 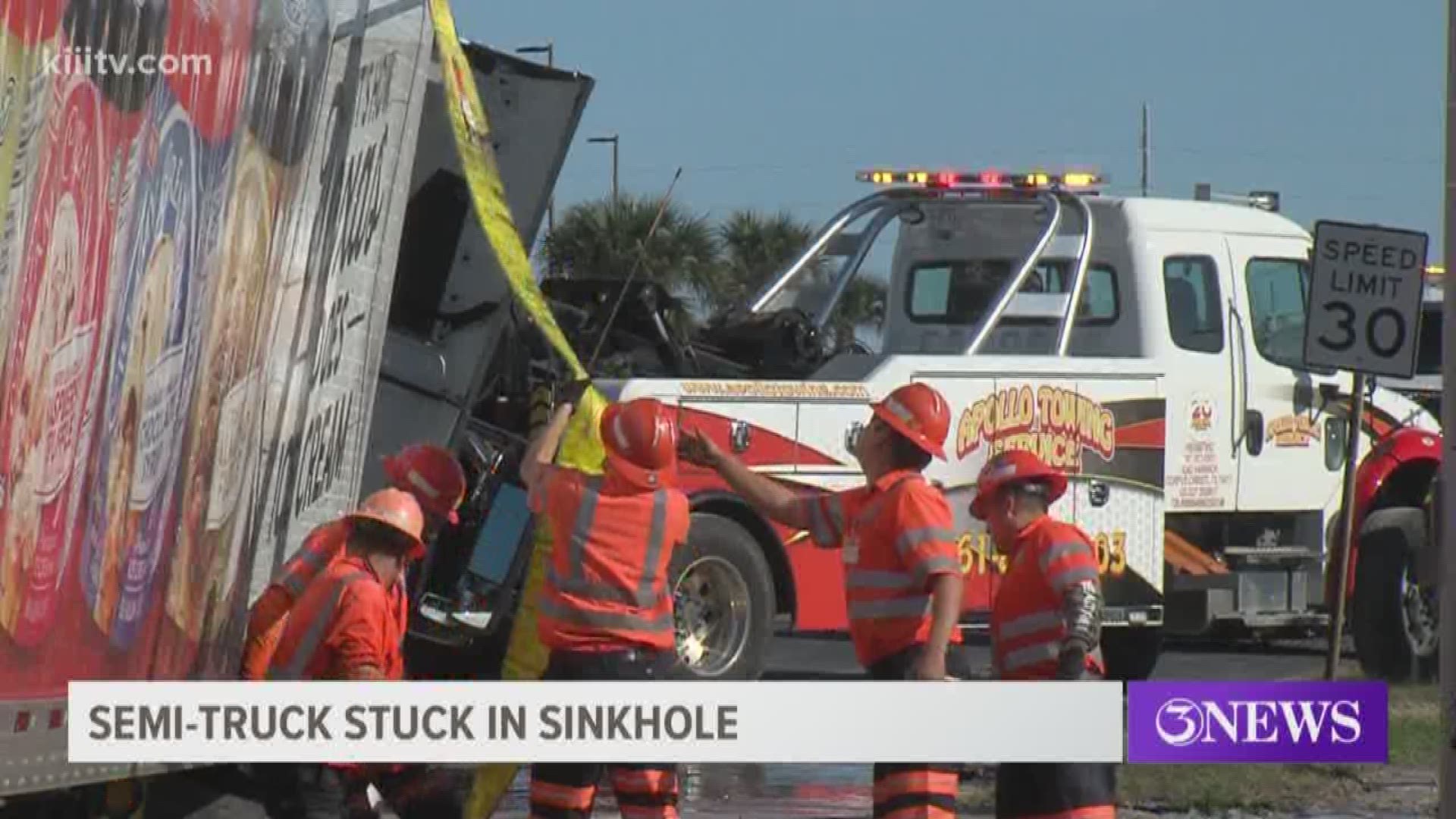