One person killed when big rig catches fire in Houston

HOUSTON — One person was killed in north Houston Tuesday when a tanker truck burst into flames on the North Loop East feeder road near the Hardy Toll Road.

Witnesses said the driver appeared to be speeding when he took the Irvington exit and jack-knifed, according to HPD Commander Kevin Deese said.

"The truck was carrying ethanol and it erupted into flames," Deese said.

The 18-wheeler was destroyed and flames spread to a nearby home, causing extensive damage. There was one person in the house but they weren't hurt.

Houston Fire Department crews quickly put the fire out, but there were a few flare-ups during the afternoon. A Hazmat crew was sent to help offload the ethanol and clean up the spill.

Hours after the 1 p.m. accident, the westbound feeder road and Hardy Toll Road southbound exit to the North Loop westbound were still closed, according to Houston police.

Deese said it could take several more hours to clear the scene. 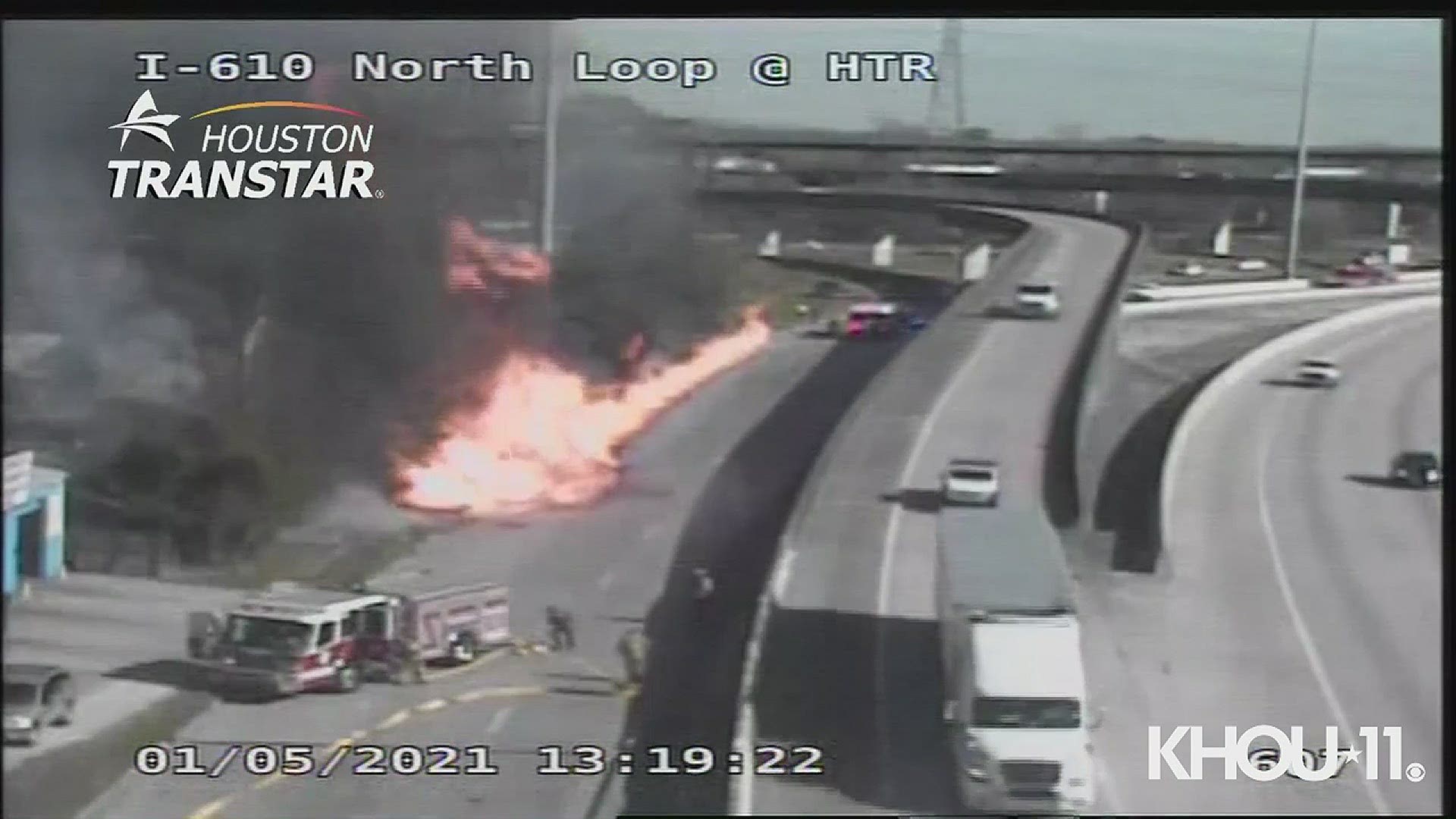 Traffic is backed up and drivers should avoid the area, if possible.

Police are working with the company that owned the truck to identify the driver. 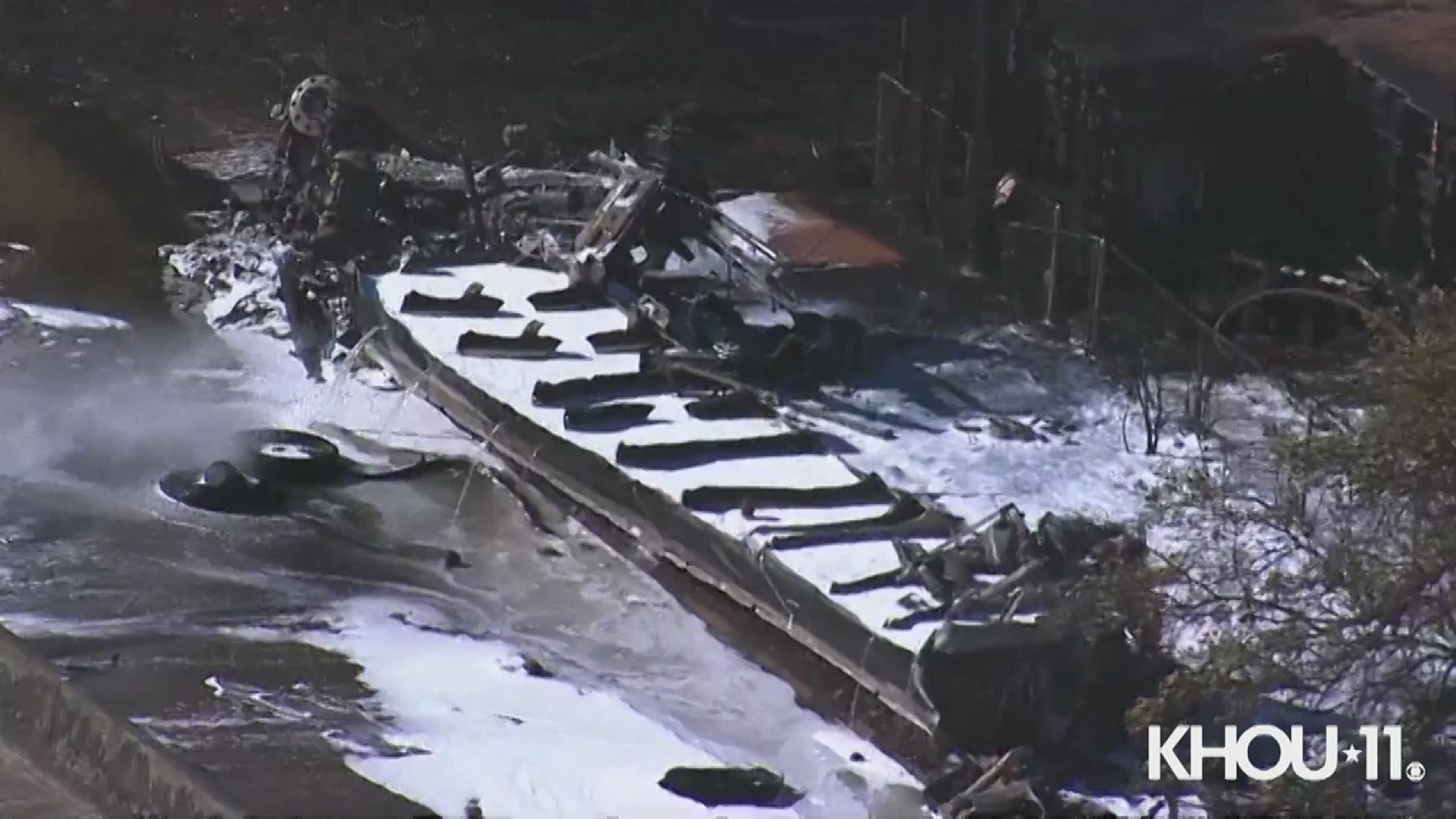 Credit: AIR 11 / KHOU
One person was killed in north Houston when a big rig burst into flames on the North Loop East feeder road near the Hardy Toll Road.