Millions heading home from holiday; Travelers should call before going to airport

While airport traffic is fine now, it is expected to increase dramatically by Sunday evening 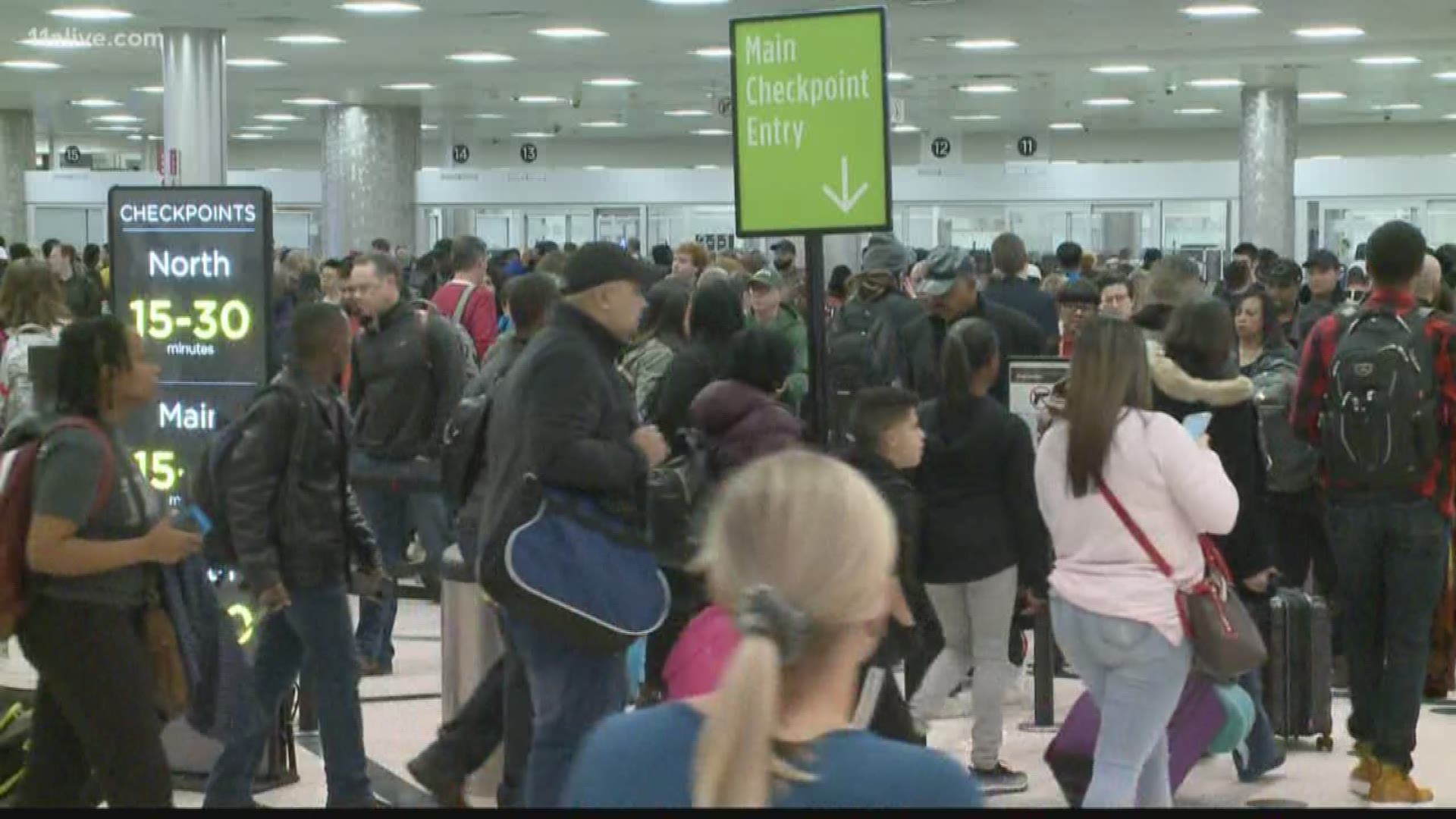 ATLANTA — On Sunday, millions of people are making their way back home following the Thanksgiving holiday weekend.

Some airports, including Boston, Philadelphia, Toronto and all the New York area airports, were seeing delays of more than four hours on Sunday afternoon.

Other airports are anticipating additional delays through the late afternoon and evening hours, thanks to a winter storm moving across the Upper Midwest and Northeastern states.

At Atlanta's Hartsfield-Jackson Airport, it was a mad dash for travelers passing through the security checkpoints.

"Flight leaves in about 30 minutes" said one traveler, who would only tell us his first name -- William. "And we have to get through all of that."

William and his family said they were headed back home to Houston, Texas.

He was a bit nervous about missing his flight.

"I think we were decent," said Stephen Patterson, another air traveler. "I mean we are a little close, but decent."

RELATED: Delta announces waivers for travelers ahead of storm in upper Midwest, Northeast

Patterson said he was feeling pretty confident about catching his flight to Detroit.

He said the long lines did not surprise him.

"Yeah, because my parents live here, and every time I come, it's this busy," he said.

Airport officials estimated that more than one million travelers would pass through Atlanta this holiday week.

Delta Air Lines is one of a number of carriers who have already issued travel waivers ahead of the major winter storm pushing through the Northeastern states.

Although the lines were long at Hartsfield-Jackson on Sunday morning, for most travelers we spoke with, complaints were few.

"It's actually pretty good," said Vanessa Ciuffardi. "It looked like Disney World when we came in, and I was like oh, no! But it's actually moving pretty fast."

Travelers are advised to check with their air carriers before heading to the airport.

'Before I leave Atlanta, someone is going to feel my pain' | La. man convicted for gas station shooting