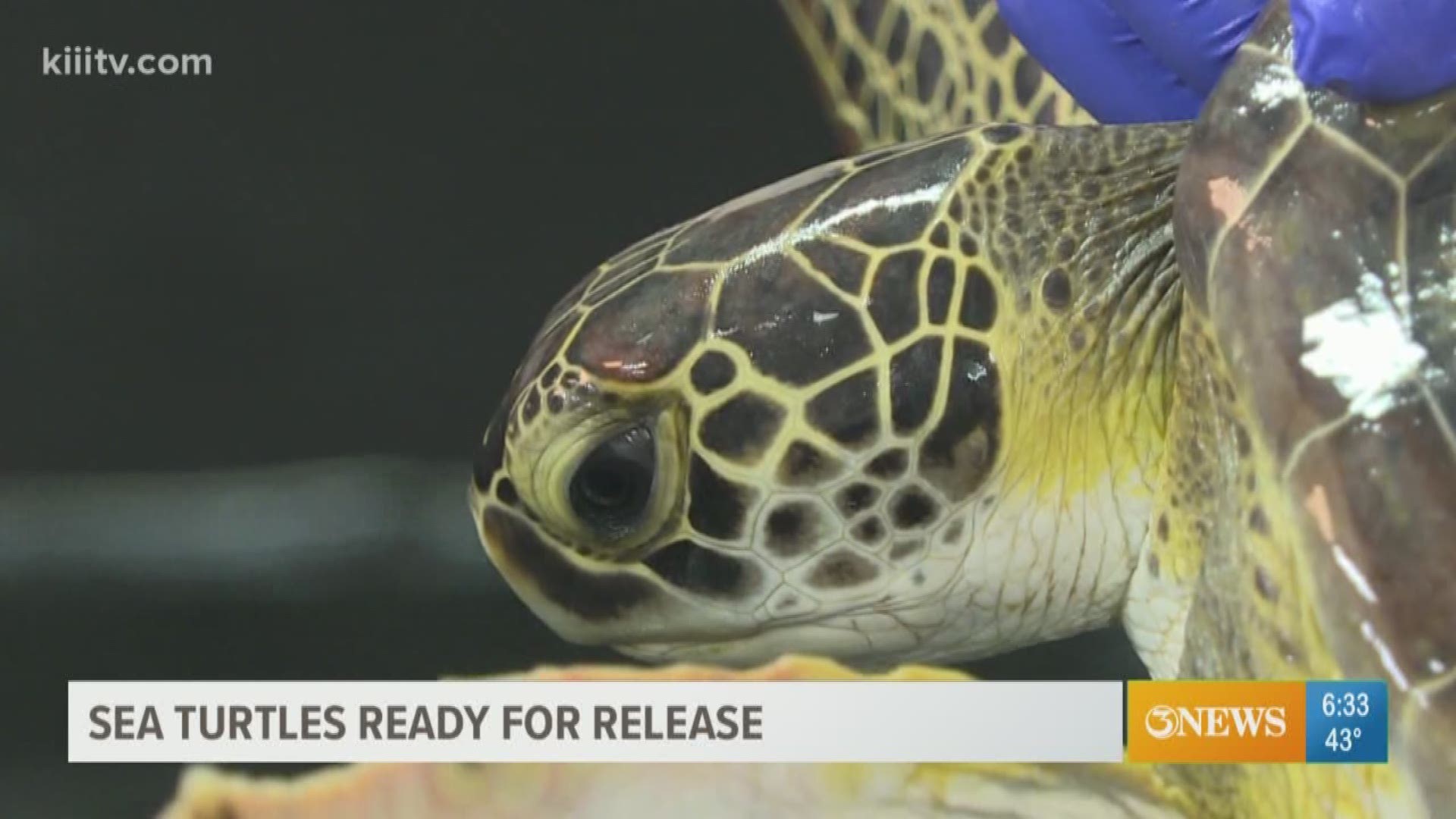 CORPUS CHRISTI, Texas — Sea turtles in the coastal bend need to be rescued from their home when the water temperature drops.

Jesse Gilbert is the Senior Vice President and Chief Operating officer of the Texas State Aquarium Wildlife Rescue and says the cold weather caught him and his crew by surprise.

"This is the earliest that we've ever had cold stunned sea turtles at the aquarium," said Gilbert.

Since turtles are reptiles, it means they're cold blooded and unlike humans, turtles cannot regulate their body temperature. In result, the local sea turtle population will develop hypothermia. Once this happens, they start to float and shut down causing them to be easy targets for predators. Also, they might get hit by boats.

To keep the population alive, this rescue mission becomes an all hands on deck situation with help from the fish team, dolphin team and bird team.

One-by-one, the turtles are checked out by veterinarians who make sure the turtles can swim and breathe on their own.

The turtles will NOT be sent back out into the wild unless they are completely healthy.

Luckily, all that came in during the cold weather are cleared for release as soon as the weather warms up.

But the work doesn't end there. We, as a community can help make the rescue process easier and safer for our sea friends by doing the little things. Fishing lines tangle many sea turtles. That being said, while we can't control the weather, we can control what we do when we see a piece of trash on the ground or in our beaches.