"If you're going to cry, cry," said Nall. "Just get it over with and then deal with what's ahead of you." 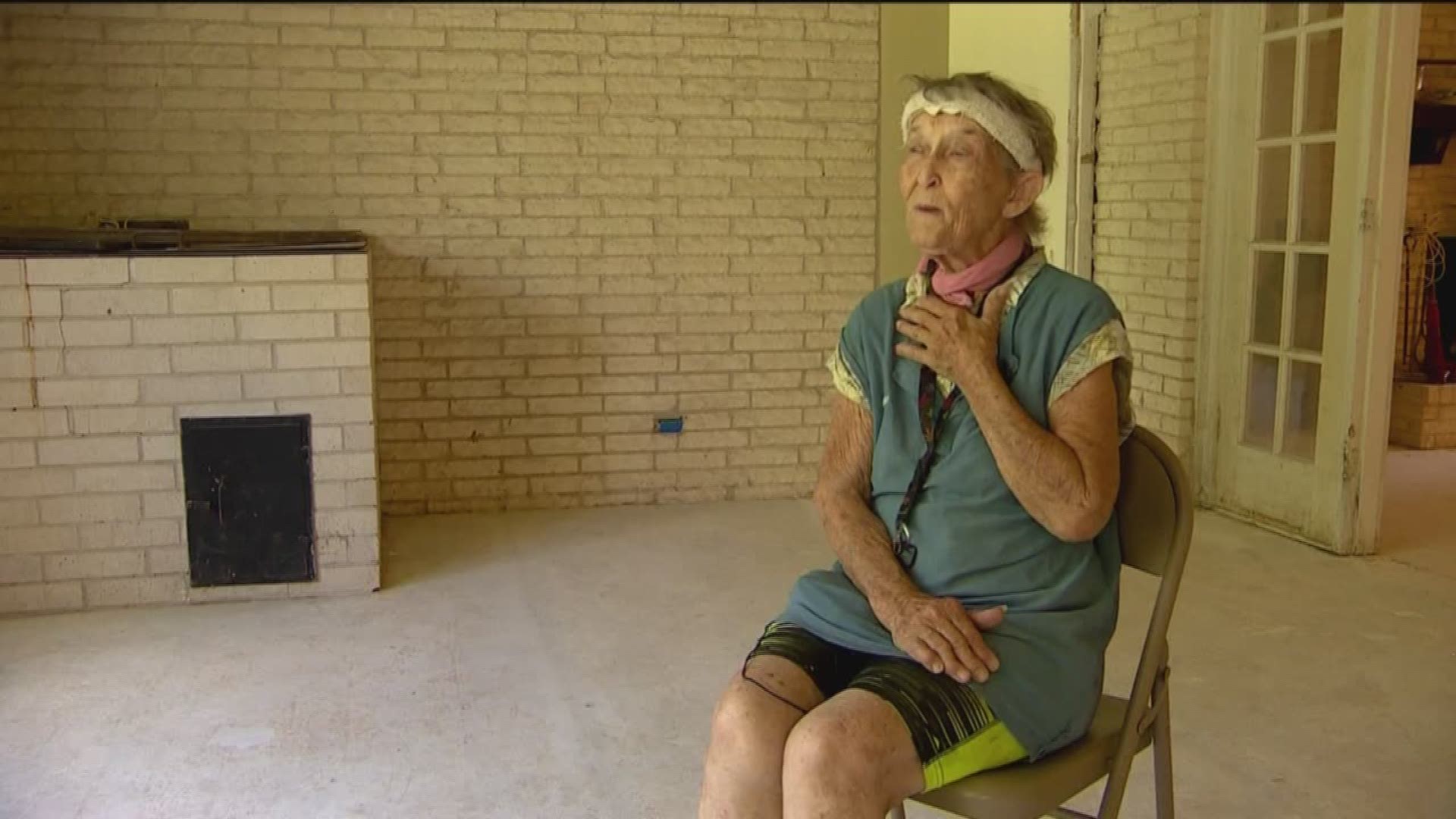 PEARLAND, Texas - Keeping up with 83-year-old Rosalea Nall isn't easy. She's got more life in her than people half her age, and in the last year has been through more than most people face in a lifetime.

"It's been one long journey," said Nall. "They think I"m tough and hard and macho, but I'm not really."

Nall's journey started one year ago when the rain kept falling and the water kept rising. It swept into her home for the first time in 50 years.

"I couldn't believe it," said Nall. "I realized this was out of my control, and it was an experience I had never gone through in my life."

Her home was destroyed in five feet of floodwater. For six months, Nall lived in a hotel paid for by FEMA until April when the assistance just stopped.

It wasn't much of a home, at least not anymore. Her house was gutted and empty. There was no air conditioning. She was on her own.

"If you're going to cry, cry," said Nall. "Just get it over with and then deal with what's ahead of you."

And there was a lot of ahead of her. Nall bathed using water in the toilet tanks and slept on the floor. It went on for months until an ATT tech working on the house realized what was going on.

"She wouldn't have survived the summer I don't think," said Riveira.

He started raising money for this grandmother and rebuilding her home exploded into a mission that touched thousands in Pearland and beyond.

Volunteers stopped by to work or check up on her daily.

"I call it the people's community house because that's who's doing the work, people from all over," said Nall.

Across town at Pena's Donuts and Diner in Pearland, Aldo Salazar was one of hundreds of business owners who fell in love with Rosalea.

"Even now I get goosebumps just thinking about it," said Salazar. "It touched us on a personal level. She's like everybody's grandma, so sweet, and so easy to talk to."

The mom and pop donut shop raised a $1,000. All of Pearland has been watching the house come back to life.

"I go every week and chit chat with her and see the progress done on her house," said Salazar.

She's grateful to strangers, now lifelong friends who gave her a chance to start over.

Nall now wants to keep paying it forward and continue raising money for those still working to rebuild.

Click here for more on Harvey One Year Later