TROPICAL UPDATE: Sam forecast to become a major hurricane in the Atlantic

There are several areas of interests in the Atlantic, plus Tropical Storm Sam. Nothing out there is a threat to Texas. 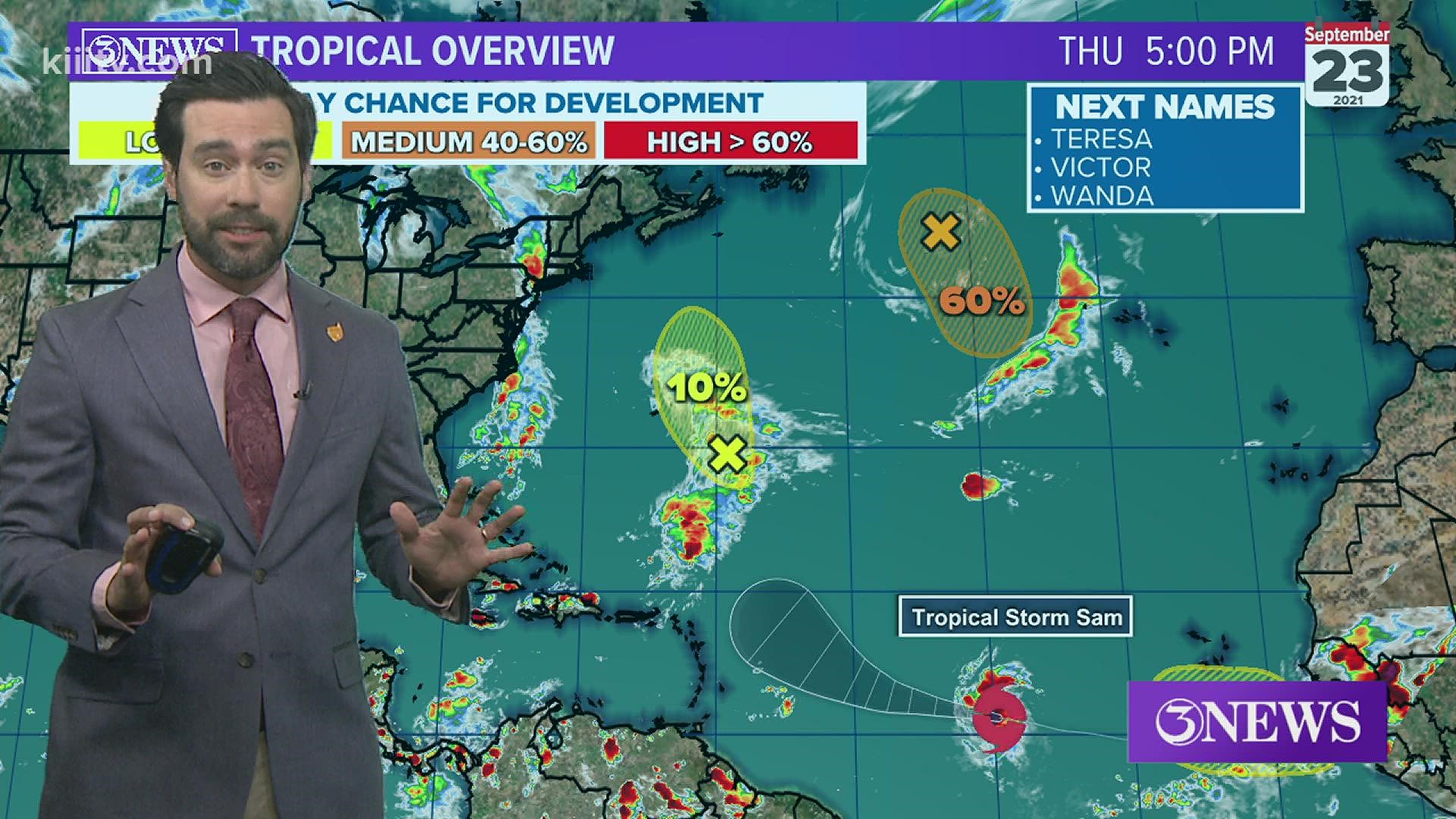 CORPUS CHRISTI, Texas — The only game in town is Tropical Storm Sam,  Yes, there are several areas of interest, but Sam is the only feature on the map that has a chance to have an effect on the U.S.

Tropical Storm Sam is a 60 mph storm, moving west at 16 mph.  Sam is forecast to continue west, to northwest through the weekend; reaching major hurricane status by early next week.  The NHC forecast cone bends Sam to the north on approach to the Caribbean.

Beyond the cone, forecast guidance continues this bend.  That takes the Gulf of Mexico out of play. Interests on the East Coast of the U.S. should continue to monitor.

September is historically the most active time of the Atlantic hurricane season. This is when we see the most frequent long track storms come off of Africa.  The Caribbean, Gulf of Mexico, and Atlantic Basin are all 'open' for tropical activity.

August and September are when the Atlantic Hurricane Season traditionally becomes more active. Warmer waters and a more favorable environment for tropical develop become more prevalent. Be weather aware and keep up with the forecast.

The KIII pre-season hurricane forecast was for 20 named storms, 10 hurricanes, and 4 major hurricanes. An above average season, partly because of a weak la nina.

Below is a list of the 2021 hurricane names. The tropical icon next to the name designates the name has been used and what the peak status of that storm was.