Hurricane Harvey was the second most destructive hurricane in American history. Two years later, thousands are still not home. 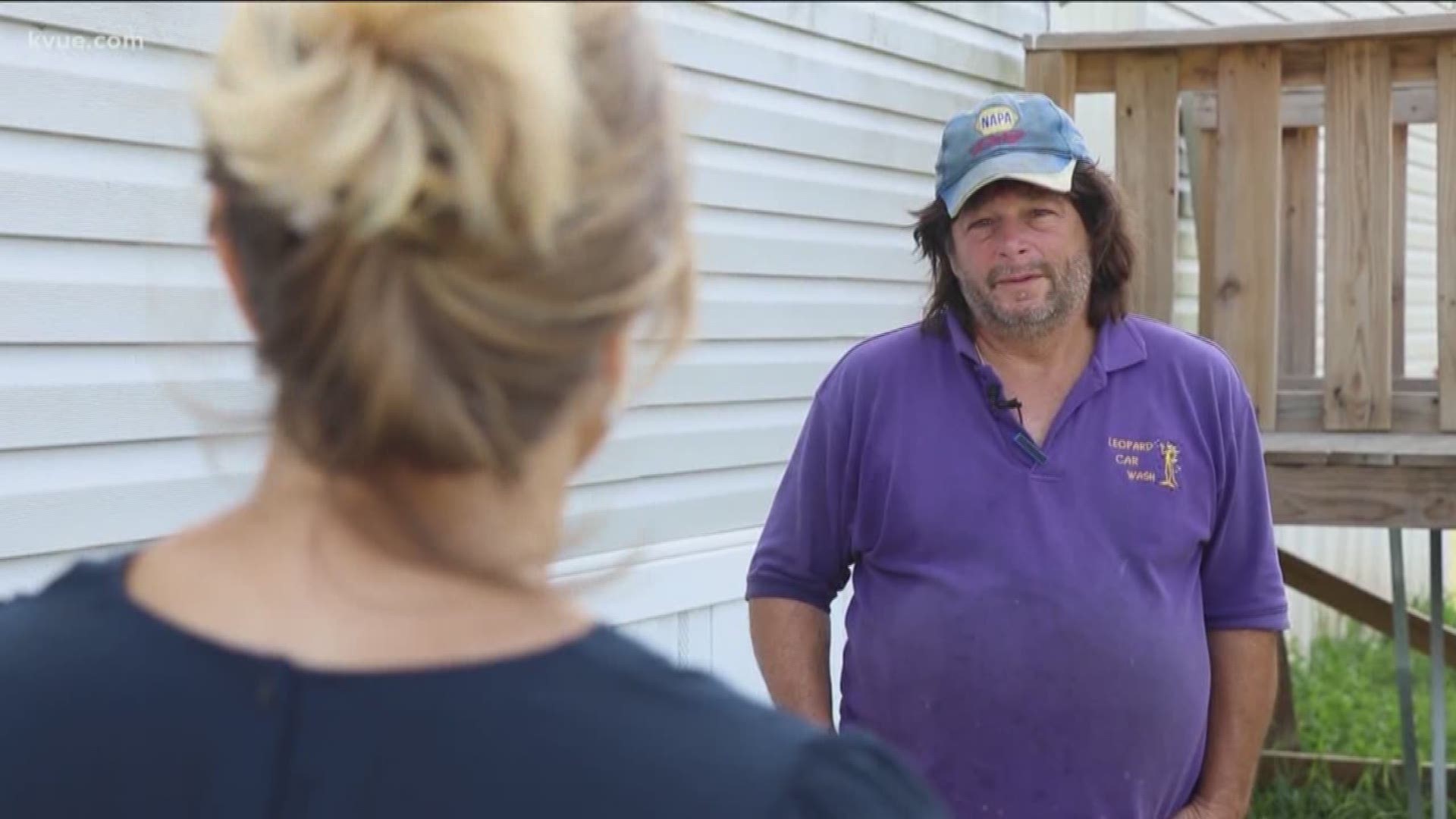 LA GRANGE, Texas — It was a Texas-sized disaster. More than a quarter-million homes were damaged when Hurricane Harvey plowed into the state two years ago.

The KVUE Defenders uncovered thousands of homeowners stuck in limbo waiting to get approval for money set aside to help them.

This is about time – short-term and long-term.

The federal government is designed to offer help in the first eight months. It has given out $13,990,000 to help victims of Hurricane Harvey recover. The state is responsible for long-term recovery. Texas has given $6,100,000.

This is his third move in two years and this one has an unknown ending.

Of the 300 Texas families still living in FEMA trailers, Schneider was the last one in La Grange.

“I got another 24 hours and they're going to lock this place up,” he said.

It's a helpless feeling for a man who lost everything in Hurricane Harvey.

Jessica Ortiz did, too.

“We came home to everything destroyed. It was difficult to see everything gone, it was very hard,” she said, crying.

After Harvey: A KVUE Live Doc | What do we know 6 months later?

Two years doesn't seem like a long time when you are starting over. Ortiz just moved into her new home this spring.

“I just never gave up and hope was at the end of the corner,” said Ortiz. "There aren't words I can explain. It was a blessing. I felt like it was a gift from God after all the trouble I went through."

The road to recovery following Hurricane Harvey has been challenging.

"We had a huge problem in our area where we didn't have a place for these families to go to,” said Joy Cameron, vice president of the Fayette County Disaster Recovery Team.

The organization didn't even exist until Harvey hit. It is still working with 242 families.

Delays hamper those efforts. Texas has had its share.

A December report on the state's response to Hurricane Harvey is critical of how long it took to get people help.

"After disasters people need assistance immediately. Yet it took more than nine months to get the program up and running in Texas," the report said.

The Texas General Land Office told the KVUE Defenders it had to follow federal guidelines when setting up the systems to check families eligibility and that takes time. The GLO has given out $6.1 million to victims of Hurricane Harvey.

Yet thousands of families are still waiting to see if they qualify.

It's a lengthy approval process, and in La Grange, there's little to no money for the people who need it most. Many of the families who lost their homes in La Grange didn't own them and didn't have insurance.

"Our county didn't qualify for a lot of those programs that they had, so it's been a little more time consuming to get people into permanent housing," said Marsha Pyle, manager with the Fayette County Disaster Recovery team.

It is a process that audits have criticized.

A report from the Texas General Land Office outlines some of the challenges in dealing with disasters like Hurricane Harvey:

First, complex accountability systems by the federal government must be put in place to avoid corruption and ensure both fairness and quality services. These accountability systems slow down disaster response and require more paperwork and more bureaucracy to ensure the federal law and rules are being followed. Federal auditors and Inspectors General require everything be documented in writing, so they can audit the books to determine if any abuse took place. This is the cause of all the mountains of paperwork and record keeping the federal government requires the GLO, TDEM, and other state agencies, and county and city offices to maintain.

Second, coordination takes time and effort within the federal system with six levels of government—federal, state, regional planning councils, special districts, counties, and city government—and then multiple agencies and departments at each level. At the federal level for example, FEMA in its 2017 Hurricane Season After-Action Report dated July 12, 2017, stated that the federal response system is too complex and must be simplified.

Third, virtually all the academic and technical research that has been done on disaster response argues for maximum local participation, but maximizing this participation slows down the response.

Fourth, the demand for rapid action in housing programs often conflicts with efforts to fortify homes, businesses, and public infrastructure while they are being reconstructed. It is this fortified resilience that will reduce the impact of future disasters on homes and businesses. For example, many homes in highly vulnerable flood plain areas that have flooded repeatedly probably should not be rebuilt.

The report is also critical of the flood plain maps. Flood damage prevention to homes is generally thought to be regulated by FEMA-sponsored flood zone maps. However, this is not the case. These maps are not completely scientifically based; they are actually insurance rating tools, not flood probability prediction tools, and cannot be relied on to predict if an area is in danger of flooding. Sadly, this misperception causes many Texans to assume that they have no need for flood insurance when that is far from the case. For example, in Harris County, 55% of the homes which flooded during Hurricane Harvey were outside FEMA’s flood zone maps. As pointed out repeatedly in this report, 83% of the houses that flooded in Texas had no flood insurance.

Time waits for no one.

“It's not fair," Schneider said as he packed up to move into a travel trailer until his home can be built.

No one can say how much longer it will take for him to get into a home. However, Habitat for Humanity is building homes for several families who have been unable to find places to live in La Grange.

Schneider's hope is fading. Ortiz has had hers restored.

"I knew God had made a plan for me and I just kept hoping that one day we'll be back home and we are. We're home," she said smiling.

The Mennonites built Ortiz a home in La Grange. The organization has built eight homes in Central Texas for victims of Hurricane Harvey.

The Fayette County Disaster Recovery team is coordinating efforts with Samaritan's Purse to develop an affordable housing neighborhood called Hope Hill, which will include 59 homes for families in need.

1 / 9
Terri Gruca
More than a quarter-million homes were damaged when Hurricane Harvey plowed into Texas two years ago. Photo by KVUE's Terri Gruca.

How to apply for help

"It is a big program as we are administering it across 48 counties," said Brittany Eck of the Texas General Land Office. "We do currently have funds available and will be accepting applications until we reach a point where applications exceed funds available. Our average reimbursement is about $30,000. The limit is $50,000 per household. This is for out-of-pocket expenses, so we look at how much document-able repair costs an applicant has and subtract insurance, FEMA or other federal financial aid, and financial assistance from non-profits or other sources, to determine what is reimbursable. This is the first time reimbursements have been offered for disaster survivors in Texas."

You can apply online.

'Someone came in and tortured them' | St. Louis man pleads for answers after brutal murders of his mom, young sister