You can watch Hurricane Florence as it nears land from Frying Pan Tower's unique ocean view. 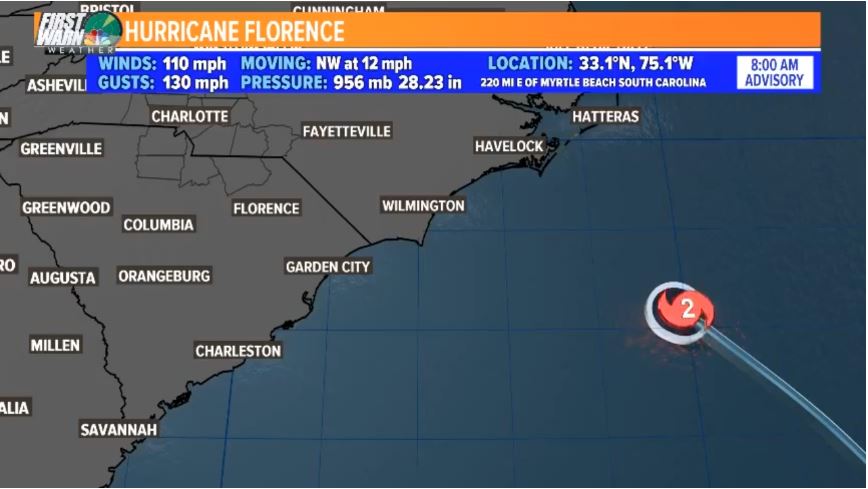 You can watch the storm as it nears land from the B&B's unique ocean view on YouTube.

The feed shows the ocean surf and American flag blowing in the wind.

The tower is located about 34 miles off the coast of North Carolina. Richard Neal, owner of the tower, converted the retired navigation platform into a bed and breakfast several years ago.

According to the tower’s website, guests can book a three day-two night stay for $598 per person if you travel by boat, or you can fly in via helicopter for $1,295 per person.

The structure is described as “Texas Tower” on top of four steel legs that has been modified to be used as a lighthouse. The Coast Guard brought the structure to the area in 1966 and was used to warn ships at risk of running aground on the Frying Pan Shoals. After nearly 40 years of service, the Coast Guard abandoned the station in 2004. A protected coral reef under the tower’s structure is the reason why it still stands today.

1 / 43
Mark Wilson/Getty Images
Workers board up a home while preparing for the arrival of Hurricane Florence on September 11, 2018 in Wrightsville Beach, United States.