Tampa Bay unlikely to experience significant impacts from the storm, but should watch for updates should the storm's path change. 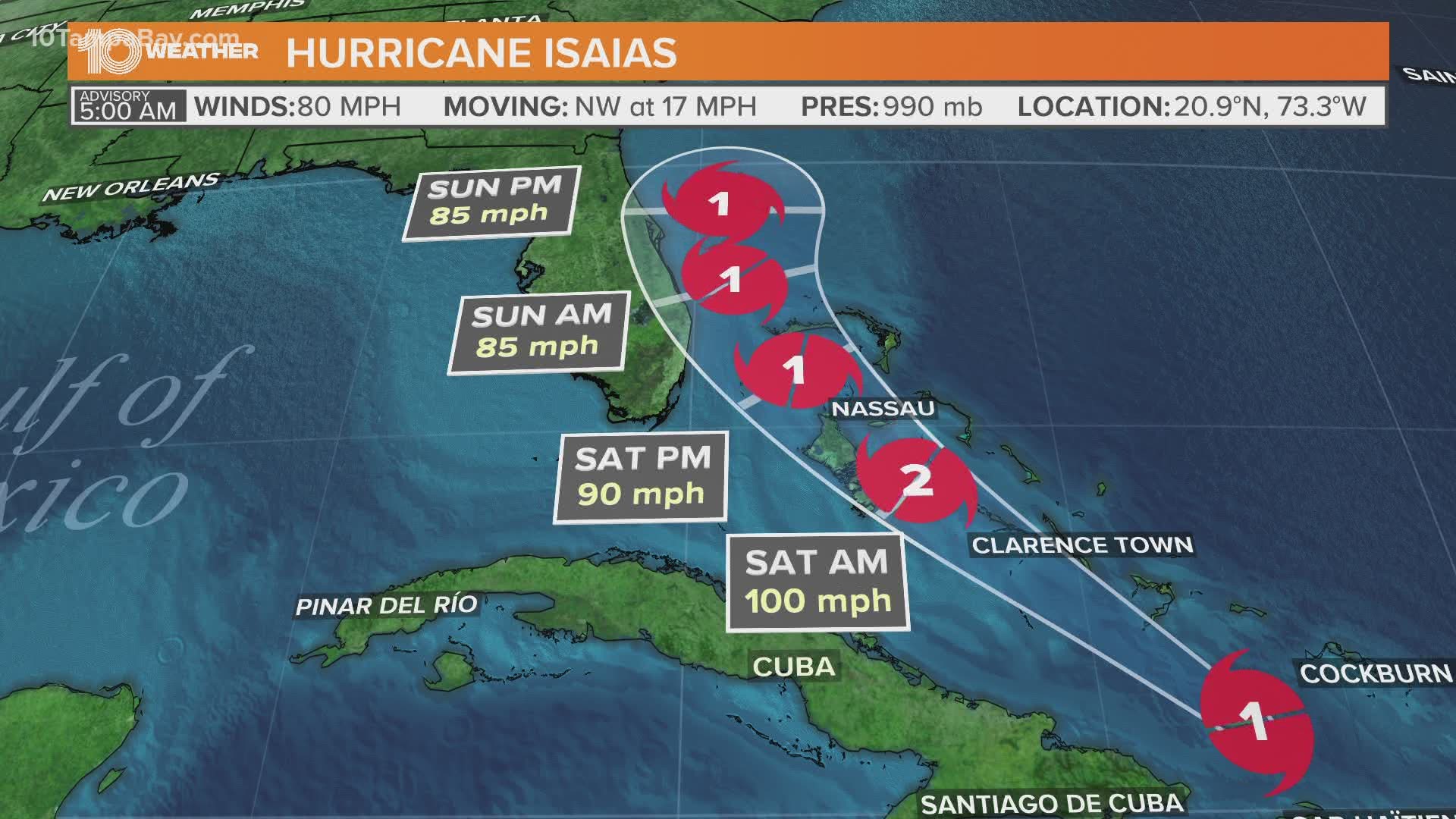 As of a special 11:40 p.m. update, hurricane hunter aircraft data found maximum winds within Isaias at 80 mph and a slight pressure drop, bringing this storm to category 1 hurricane strength.

The storm is about 80 miles to the east-southeast of Great Inagua Island, Bahamas.

The forecast model trend of shifting the storm’s expected path near Florida's east has continued today.

This would keep the storm’s strongest winds on the east coast of the state, with the strongest winds of the hurricane remaining just offshore. This trend would also mean that Tampa Bay would escape the strong winds and flooding storm surge that will come with Isaias.

The wind field is still wide with this storm, as tropical-storm-force winds can extend outward up to 240 mph. The region can still expect an increased rain chance with slightly higher winds this weekend, but if the track shifts to the west, we could expect greater tropical storm impacts.

Keep in mind, this path may change some but the confidence in this forecast path is growing and becoming consistent with each update.

For interests in Tampa Bay, check back for updates on the forecast.