Not just people: Stranded animals among those being rescued from Imelda flooding

From dogs and cats to horses, those fighting to survive the high waters of this tropical depression aren't just humans. 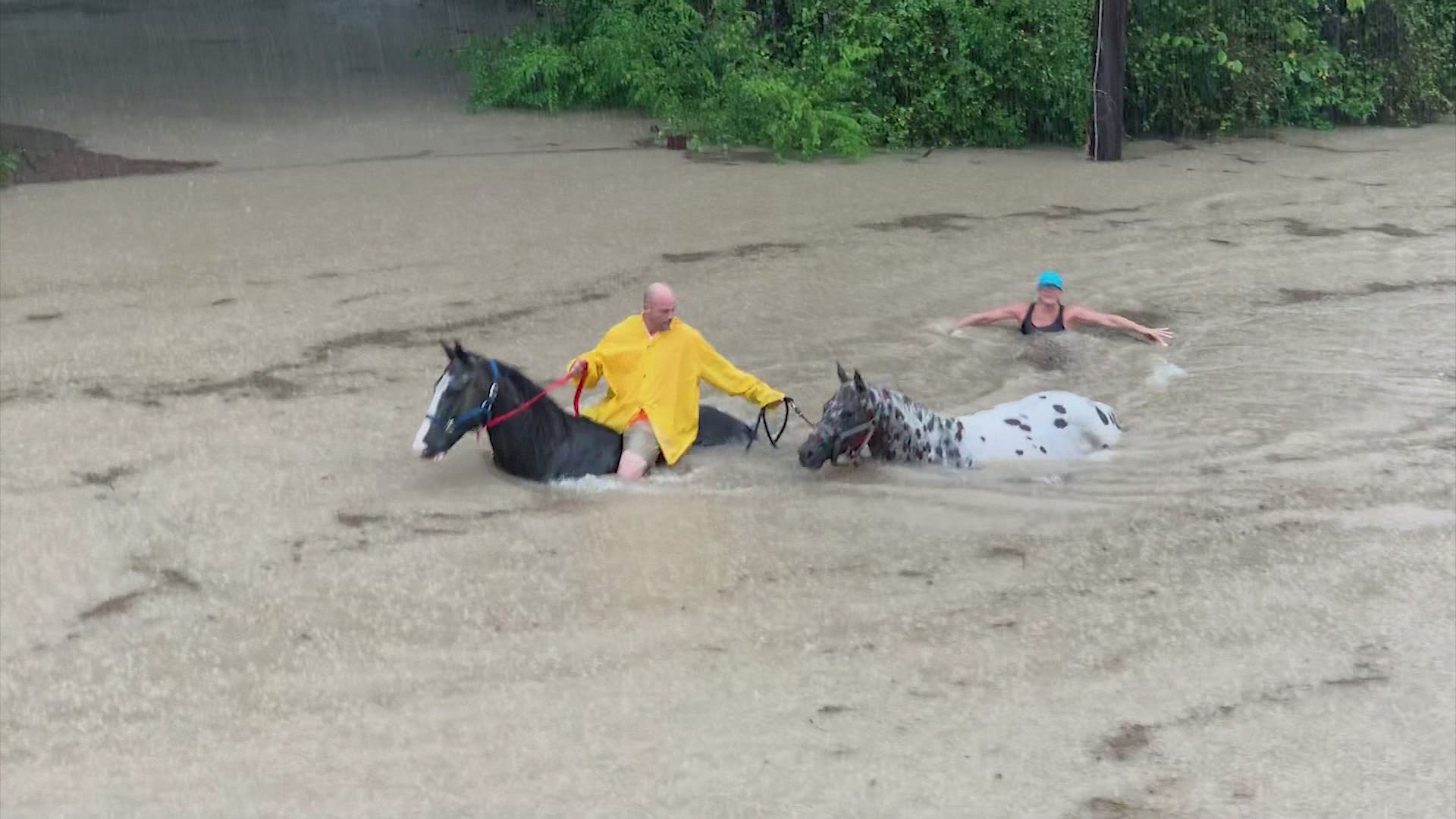 CHAMBERS COUNTY, Texas — So far, more than 300 people have been evacuated from the floodwaters of Imelda - but they are far from the only victims being directly impacted by the sudden deluge.

Spokesperson Ryan Holzaepfel with Chambers County reports that the sheriff's office has also seen the rescue of household pets and farm animals - including 25 cats and dogs and six horses.

"We are hopeful that we are nearing the end of the rainfall, but urge everyone not to let their guards down just yet," Holzaepfel said.

Elsewhere amid the flooding, some residents are taking it upon themselves to save animals in danger. Video captured on Thursday afternoon showed one man in Kingwood trying desperately to rescue animals from waist-deep water including at least one baby goat that can be heard crying on the video.

Elsewhere, an attempt to move a horse in Jefferson County has led to the first known death from Imelda. According to a Facebook post shared by the brother of Hunter Morrison, Hunter was attempting to move his horse when he was electrocuted.

And, in Humble Texas, a video has surfaced of more than 50 horses trapped in chest-deep floodwaters as rescuers fought the currents to save them.