IH-10 open from Beaumont to Winnie, water still on interstate in some places

Many highways across southeast Texas are still closed in areas due to floodwaters from Tropical Storm Imelda. 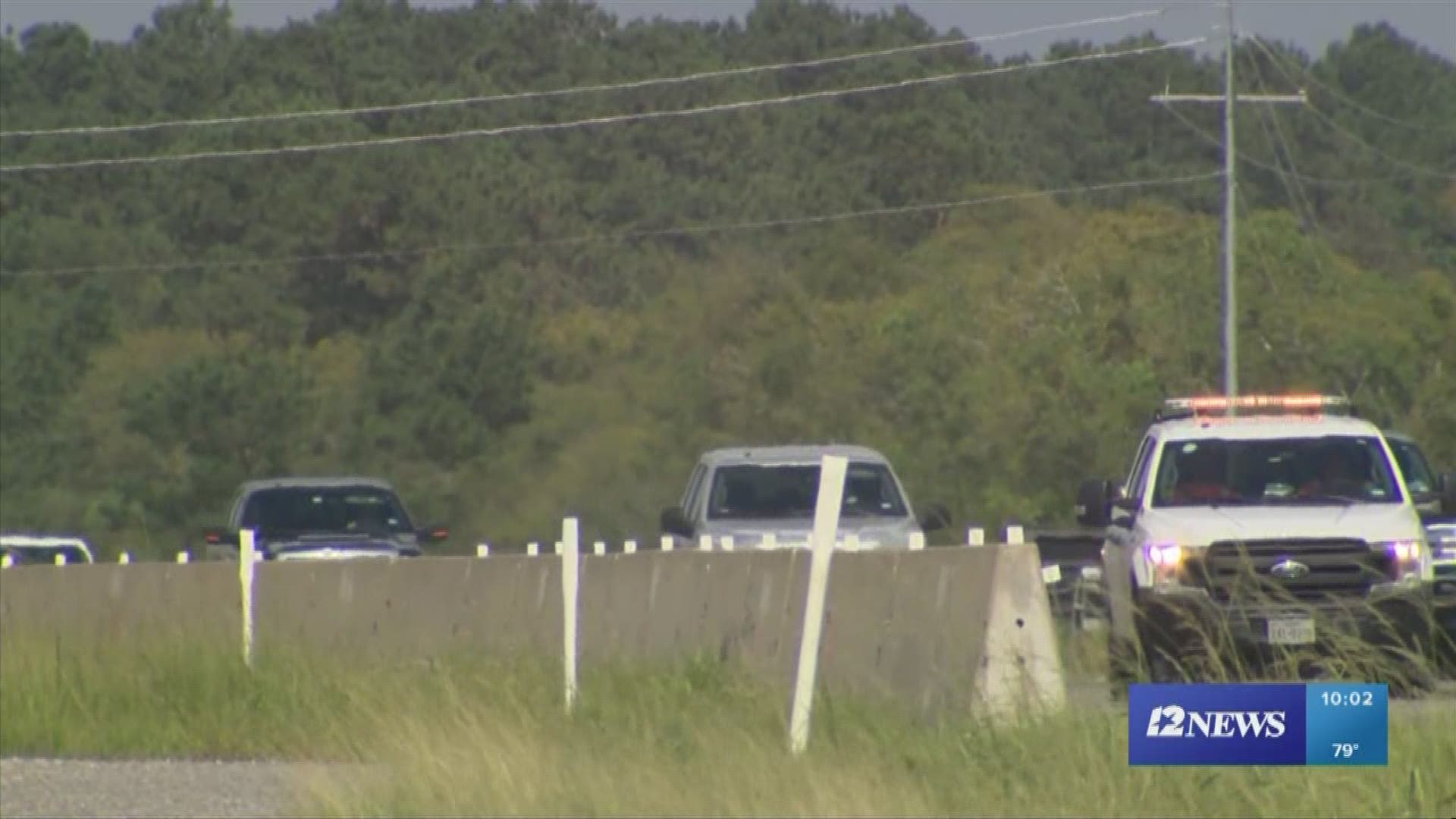 BEAUMONT, Texas — Interstate 10 between Beaumont and Winnie opened back up in both directions Sunday afternoon. In a tweet at about 12:50 p.m. the Texas Department of Transportation announced that the roadway was completely open in both directions.

The interstate does remain closed in Houston at the Crosby Lynchburg Road bridge which was struck by a loose barge. The interstate will be closed there until the bridge can be inspected according to TxDOT.

Several places along I-10 are still holding water and are restricted to one lane.

"It was really eerie, though, because I was walking on that pavement and it was deserted," said Mac Brown, whose car was flooded near the Hamshire Road exit. "Once I-10 opened though, it was like a floodgate."

Several other highways in Southeast Texas remained closed Sunday after Imelda dumped up to 40 inches of rain on the area last week. One of those roads is Highway 73 in Jefferson County. The Sheriff's Office posted pictures on Facebook and said the road is closed for two reasons, the is water on the road and cattle on the roadway.

They also encouraged drivers to obey barricades and watch out for first responders.

According to DriveTexas, a website that posts highway conditions "verified by TxDOT employees and contractors," many highways headed into Beaumont from most directions were still impacted by floodwaters early Friday morning.

I-10 is shut down in both directions near the San Jacinto River. Multiple barges broke loose as a result of the storm and struck bridges over the river. Officials fear the barges may have combustible materials in them. The barges damaged the bridges when they crashed into them, officials said.

The following roads are closed:

Check the map below for the latest traffic conditions in the area.

You can also click here to see a detailed map with the latest on highway closures from DriveTexas.

Note, DriveTexas only displays conditions for roadways on the TxDOT-maintained system, including Interstates, US Highways, State Highways, and Farm- (FM) and Ranch- (RM) to- Market roadways. For non-state maintained roadways, you should contact the city or county that maintains it.

Vehicles from Houston to Beaumont were abandoned as Imelda dropped as much as 40 inches of rain on some areas Thursday.

Did your car flood? Here's what you can do if it did

PHOTOS | Flooding in Vidor due to Imelda

1 / 12
KBMT
Neighborhoods in Vidor were flooded Saturday due to Imelda as recovery efforts began in Orange County.