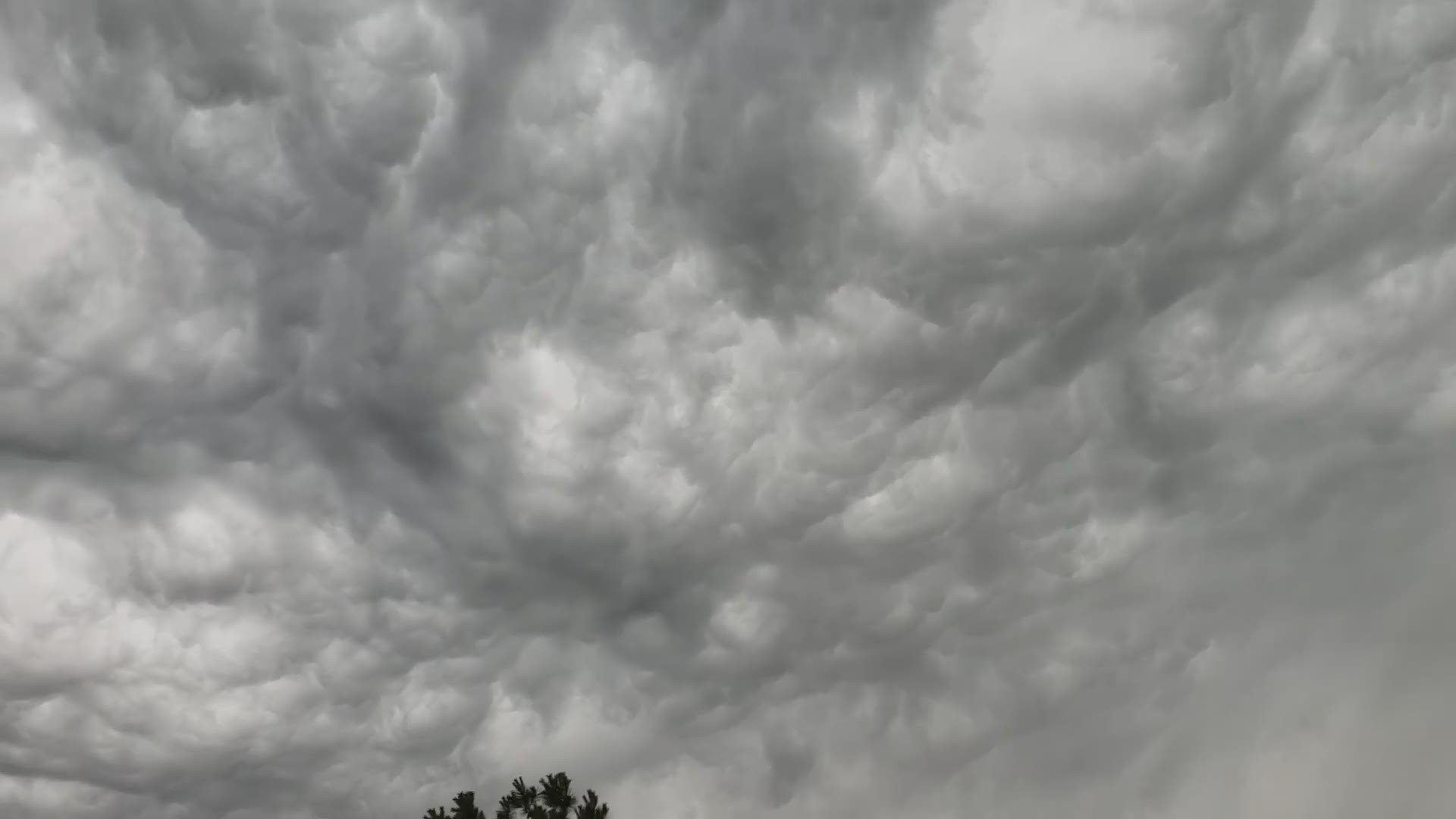 HOUSTON — After a rather sunny and relaxing start to the day here in Houston, a few isolated pockets of unsettled weather were brewing out to the west early in the midday hours.  As the storms marched eastward, several Houstonians said they were seeing darkening skies and we had tons of photos come into our KHOU studios.

Here was the radar imagery, at 1:50 pm this afternoon, as the storms were pushing across northern Harris county.

The dark, wave-like clouds are a rather new type of cloud, called “undulatus asperatus.”  These clouds were first recognized a few years ago by the World Meteorological Organization and were one of several new entries into the International Cloud Atlas in over 30 years.

The name is Latin for “agitated or turbulent wave” cloud. They are formed when there is rising air (with at least some moisture content) that will help to initiate widespread cloud cover in an area where wind shear (in this case today, we had breezy winds from the north), that blow across that rising air. This cloud is “related” to mammatus clouds, which we typically see when we have rather strong to severe thunderstorms.

This is a time lapse video of undulatus asperatus clouds in South Carolina.