Radar coverage will not be as detailed for the next week, while the radar site at the Corpus Christi International Airport is down for service. 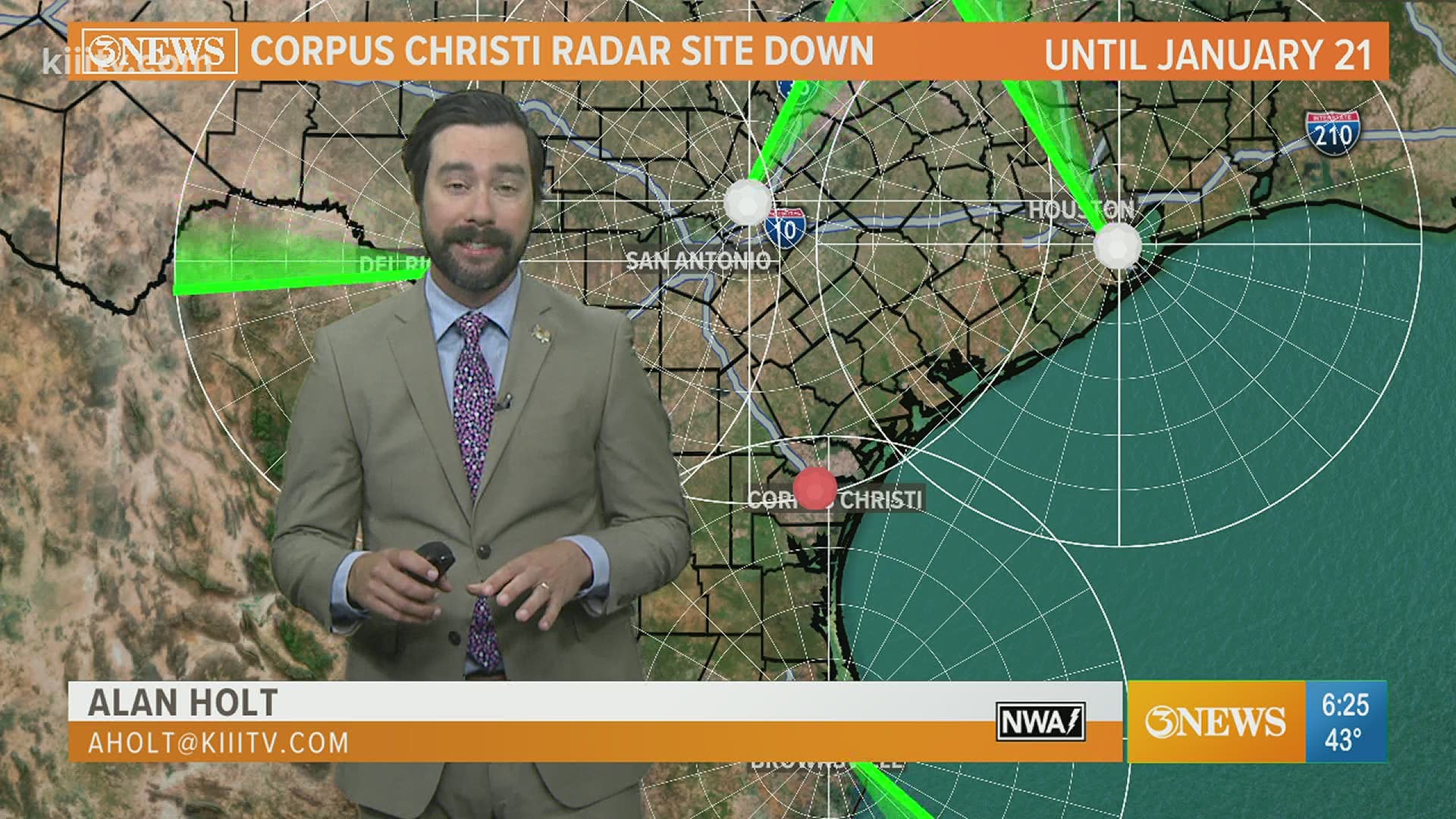 CORPUS CHRISTI, Texas — The radar that covers the Coastal Bend will be down for maintenance for the next week, Jan 14-21.  This is something the National Weather Service does on a yearly basis to ensure our radar is running smoothly and install upgrades/updates if needed.

While the radar is down, radar imagery over the Coastal Bend will not be as detailed or accurate as it typically is, but we will still have some fringe coverage from our neighbors.  We'll use imagery from Brownsville, Del Rio, New Braunfels, and Houston.

These locations are all about 150 miles away and there lies the problem for us.  When a radar sites sends a beam out to 'see' the atmosphere, that beam travels away from a radar site at a slight upward angle, to avoid ground clutter.  So, the farther away the beam travels, the higher the beam is in the atmosphere.

When you compound this effect by hundreds of miles, you are sampling the atmosphere at a much higher elevation.  In our situation, the radar beams from surrounding radar sites, 150 miles away, will be sampling our atmosphere about 2 or 3 miles up in the atmosphere.  That's problematic for a few reasons.

1) Shower activity can be shallow, staying 'under' the radar beam height the surrounding radars.  This makes some rain 'invisible' on radar.

2) If a shower or storm grows tall enough, the surrounding radar can 'see' it, but the location accuracy of this could be diminished because updrafts on stronger showers or storms are often tilted.  On radar, that would displace the location.

Bonus) Radar can also detect wind speed and direction. So, with the Thursday evening cold front not producing any rain, it is the wind data from the radar that allows us to spot the locations of the front.  That data may not be as detailed either.  This wind data issue also applies to lower level rotation on storms that could be capable of producing a tornado...that won't be a problem for us.

From a forecast perspective, the radar being non-operational for the next week won't be an issue until maybe Sunday with some stray showers possible.  Rain chances do increase by the middle of next week, but the radar may very well be operational by then.