WEATHER BLOG: Tropical Wave in the Bay of Campeche

A tropical wave in the Bay of Campeche needs to be watched closely. It's looking more and more like it will develop. Track and intensity still very much in question. 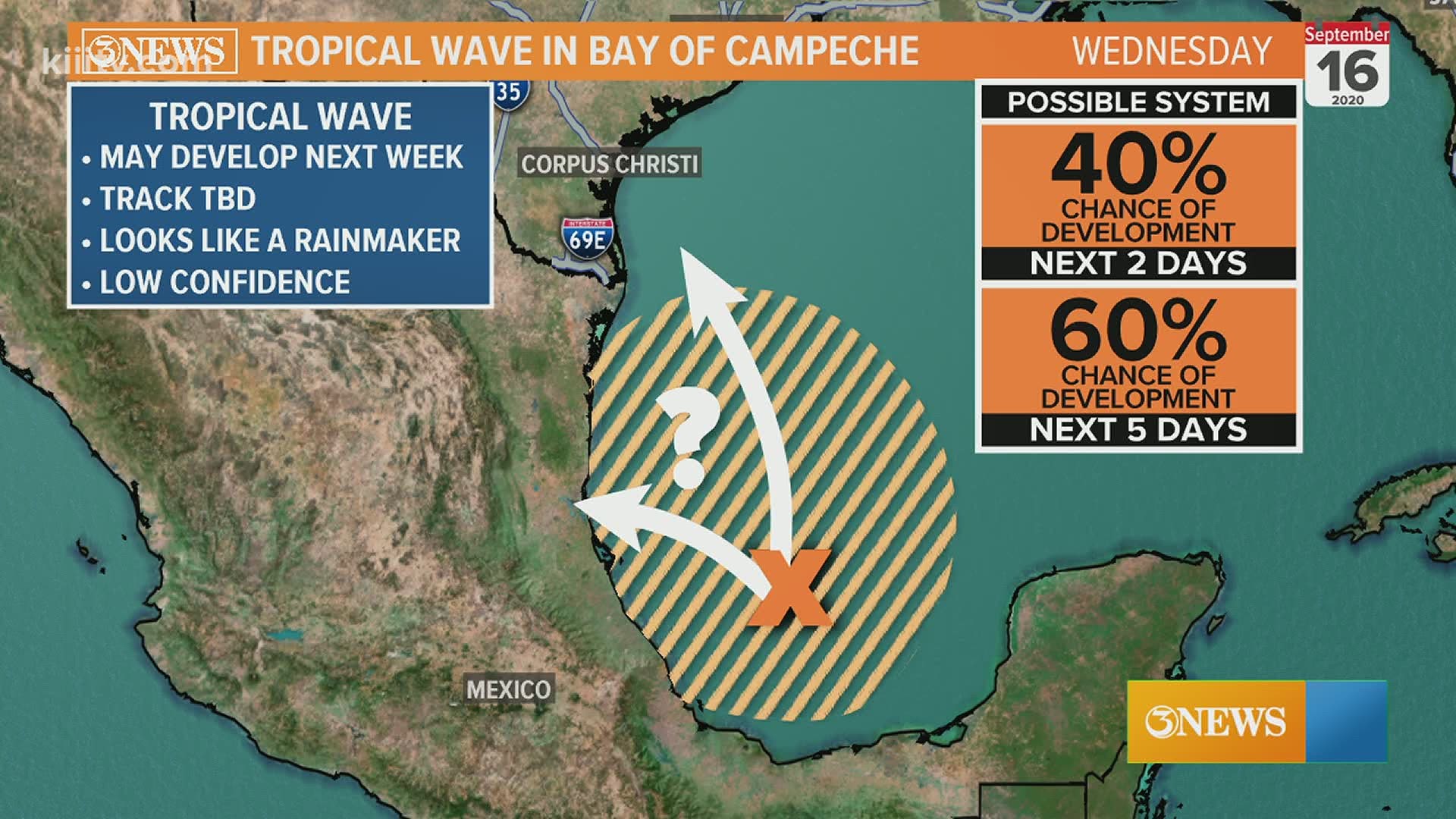 CORPUS CHRISTI, Texas — The tropical wave in the Bay of Campeche this morning is something we've been following for over a week now.  Here's where it was on September 10th, last week in the central gulf; you can also see the feature that would eventually become Hurricane Sally near the Bahamas -

Today, the tropical wave in the Bay of Campeche is sitting nearly stationary after moving south over the last week.  The Gulf is still fertile for tropical development and there isn't much wind shear surrounding the tropical wave in question this morning. That tells me that some development is probable. Plenty of wind shear currently over the Texas Gulf Coast and adjacent waters.

There isn't a big steering influence with this system, meaning a sluggish movement, but forecast guidance does drift this either north or west into next week. Both the European and the GFS ensembles (different iterations of the same model) show at least some organization of this tropical wave into the weekend and next week. That's why the National Hurricane Center is giving this feature a medium chance (60%) to develop over the next 5 days...but that only gets us to Sunday.  I attached the European Ensemble Spaghetti Plot through next Wednesday to illustrate the uncertainty in track below:

Into next week, there's a lot of uncertainty in track, intensity, and timing.  The two most reasonable scenarios -

------Most guidance keeps development of this tropical wave in check, but again...low confidence in track/intensity needs to be highlighted; especially into next week.  This will need to be carefully monitored as this system evolves.  Stay tuned.