Research indicating the Atlantic Circulation is at its weakest state in centuries. 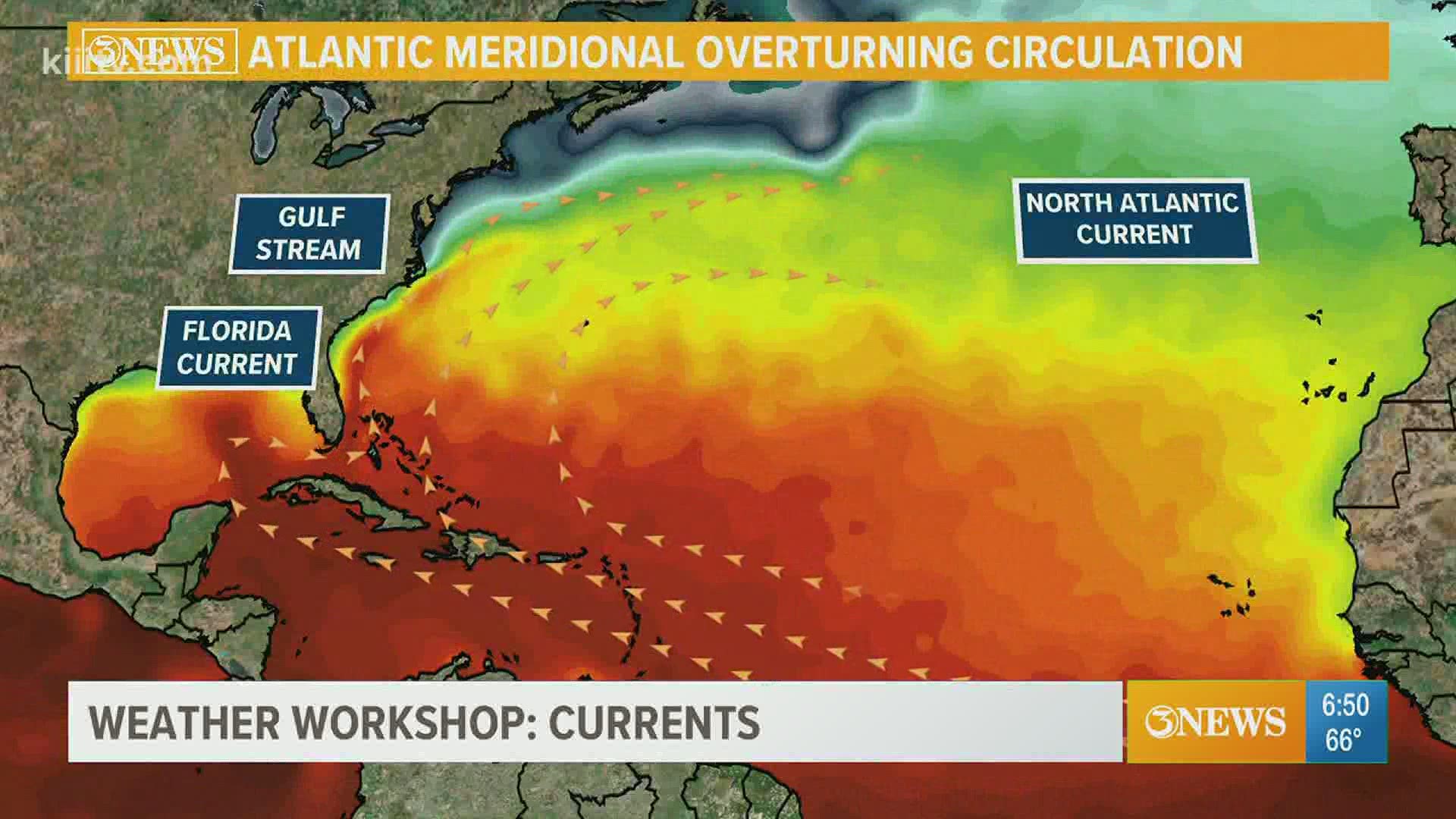 The movie, "The Day After Tomorrow" is familiar to most when it comes to climate change.

In the movie, climatologists indicate a change in the North Atlantic current. This is due to an imbalance of salt and fresh water. Due to gradual melting of ice over Greenland and across the world.

While we're not expecting a sudden ice age, research is indicating a change in the current. According to research from Nature Geoscience, the Atlantic Meridional Overturning Circulation is at its weakest state in centuries.

This circulation transports warm water from the equator to North America, Europe and around the world.

As water travels northward, it cools. As it retains more salt, the colder water sinks into a deep ocean current and travels south. Then, making a slow trip to Antarctica and around the world.

Additional freshwater enters the ocean disrupting the balance between salt and fresh water. This is the primary concern when it comes to the speed of the currents.

If the current continues to weaken, this would limit the amount of heat traveling to the Gulf of Mexico. Impacting our climate. This could mean longer winters, stronger hurricanes in the Atlantic and more.

The research and change is concerning. As ocean currents have an impact on our day to day weather than most realize. Something we'll continue to monitor.