Big truck driver stuck in hole: 'If it looks high, regardless of what you’re in, you know it’s really not worth it' 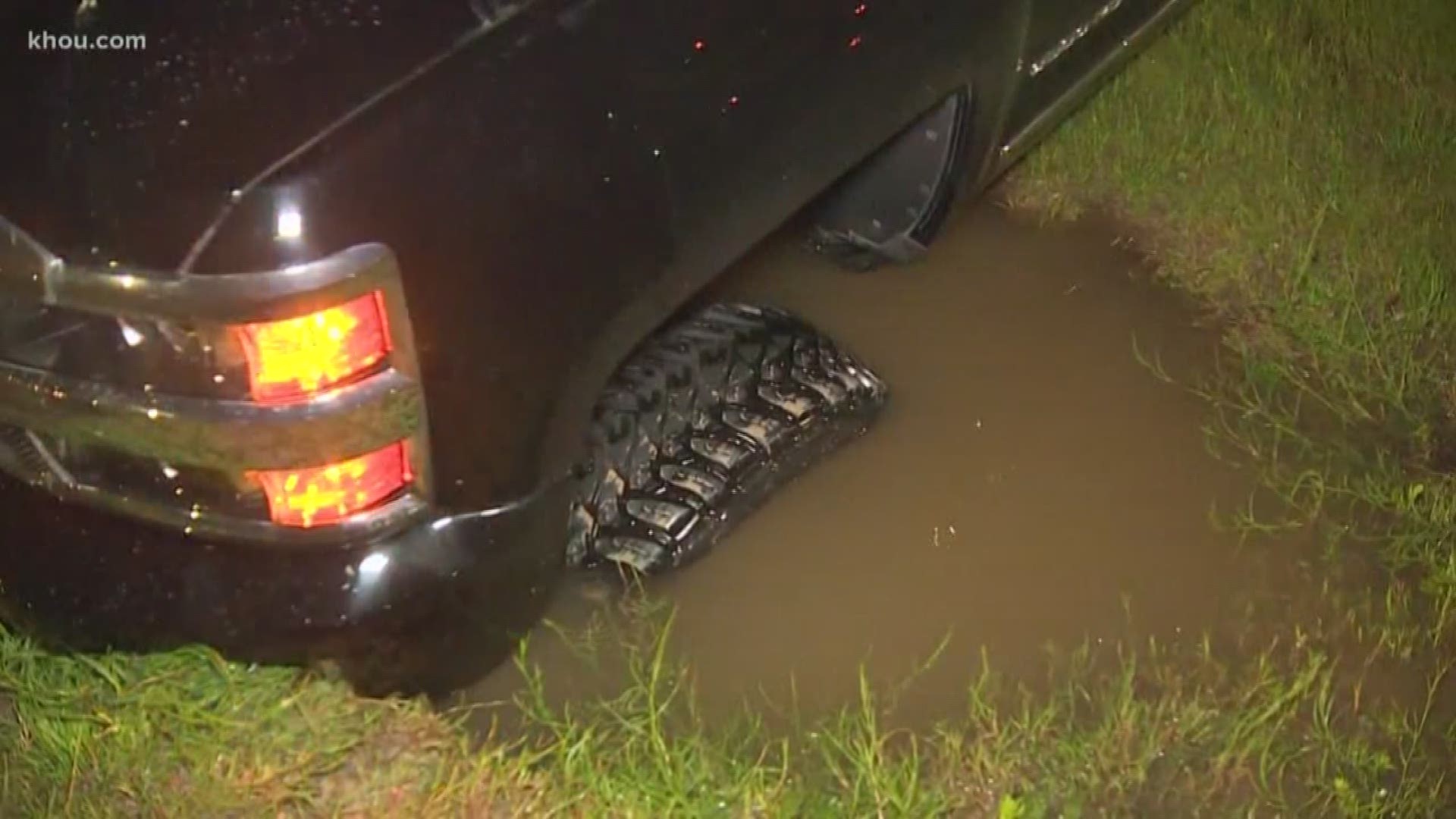 HOUSTON — In Houston we're used to flooded roads, and some drivers have no problem taking on a few inches of high water.

But the rule of road in our town is "turn around, don't drown."

Even if the water level isn't life-threateningly high, there's always the risk of not knowing what's below the water line - especially in the dark.

One driver in a lifted truck learned that the hard way early Wednesday in southeast Houston.

On Monroe south of Airport, not far from Hobby Airport, drivers were dealing with flooded lanes in both directions.

It appeared one driver in a lifted Chevrolet took to the median but ended up getting stuck anyway in a hole in the ground.

“If it looks high, regardless of what you’re in, you know it’s really not worth it," CJ warned other drivers. "You just never know, especially with the way the city is, they could have dug something up a couple days ago and then, boom, the heavy rain covers it up. You can’t see it.”

RELATED: MAPS: Steer clear of these flood-prone spots in Houston