Only a limited number of people are allowed inside at a time. 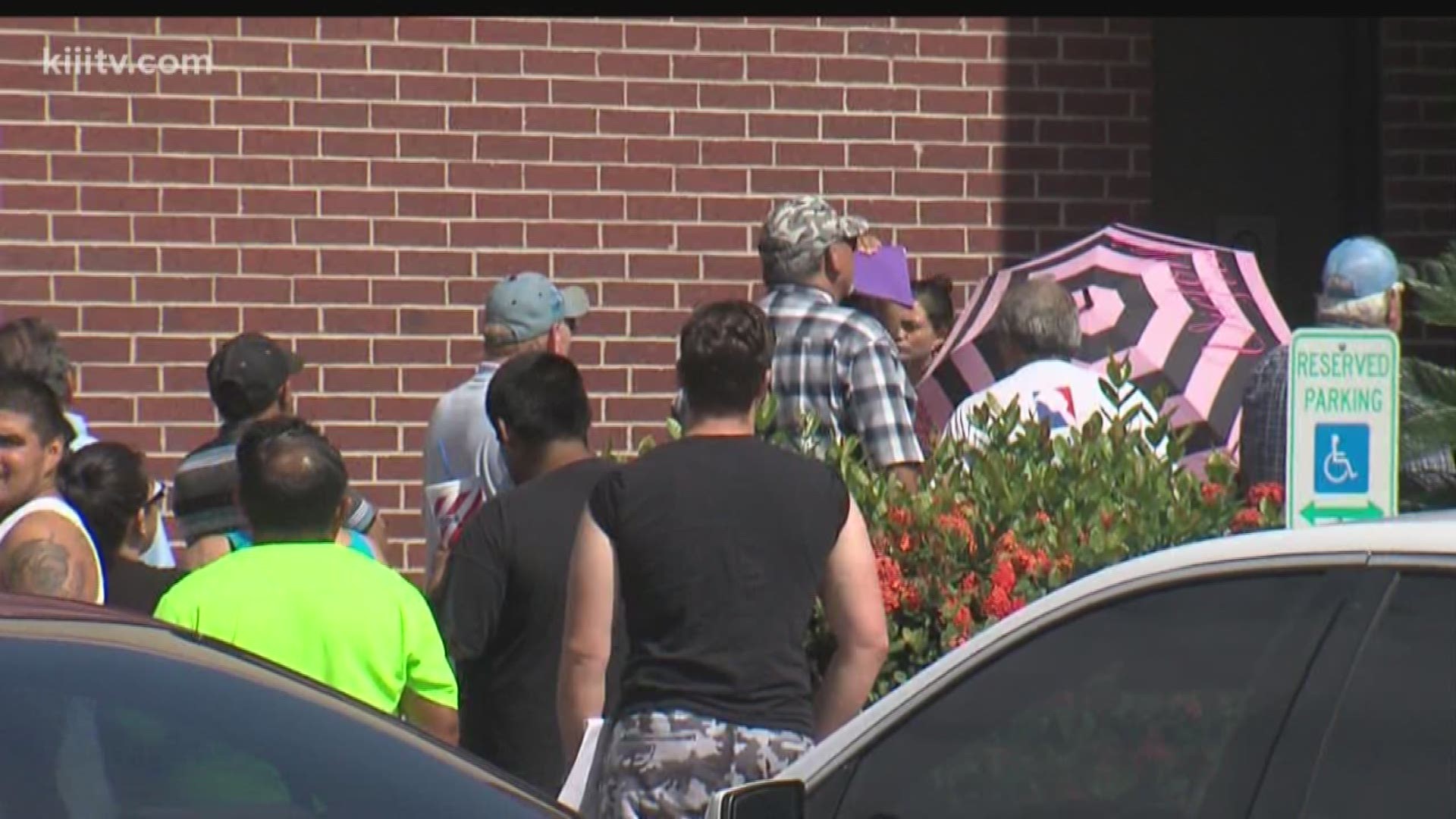 Corpus Christi (kIII news) — If you have any business to conduct at Corpus Christi's Social Security office on Port Avenue, be prepared to wait in line outside -- in the heat.

Only a limited number of people are allowed inside at a time.

It could be a safety issue or something along those lines, but on the front door of the Social Security Administration's office the words are posted in big letters -- "Occupancy 49."

"I wish I was in there under the shade," Ruben Cantu said.

Cantu was among dozens of South Texas residents Thursday waiting in line outside the Port Avenue office.

Most were in line out of necessity. They needed to file paperwork, apply for benefits, or simply get a new Social Security card.

"The only reason we're here, we lost all of our paperwork in the hurricane," Julie Richardson said. "We live in Rockport so I had to come and get my son a new Social Security card so he can get another job. Another ID. I didn't think it would be like, like we would be here like this."

Luna's mother Maria had the worst experience of her life a couple weeks ago while she was waiting in line for the third time in a month -- she fainted in line.

"She went to the hospital for dehydration and her blood pressure," Luna said.

Luna said he complained to an office worker about the conditions.

"All she could tell me was that we just had to wait outside, and I told her, 'Well, there's a lot of elderly people that are very sick and they're sweating and they're sitting on the grass,'" Luna said. "And all she told me was, 'Well I'm sorry. It's just a fire hazard if we put everybody in here and a fire happens to happen, then we're all going to die.'"

3News reached out to the Social Security Administration's public information office by phone Thursday and were asked to send their questions in via email. So far there has been no response.