Texas A&M-Kingsville lost a late lead before walking it off on an error in the 10th. 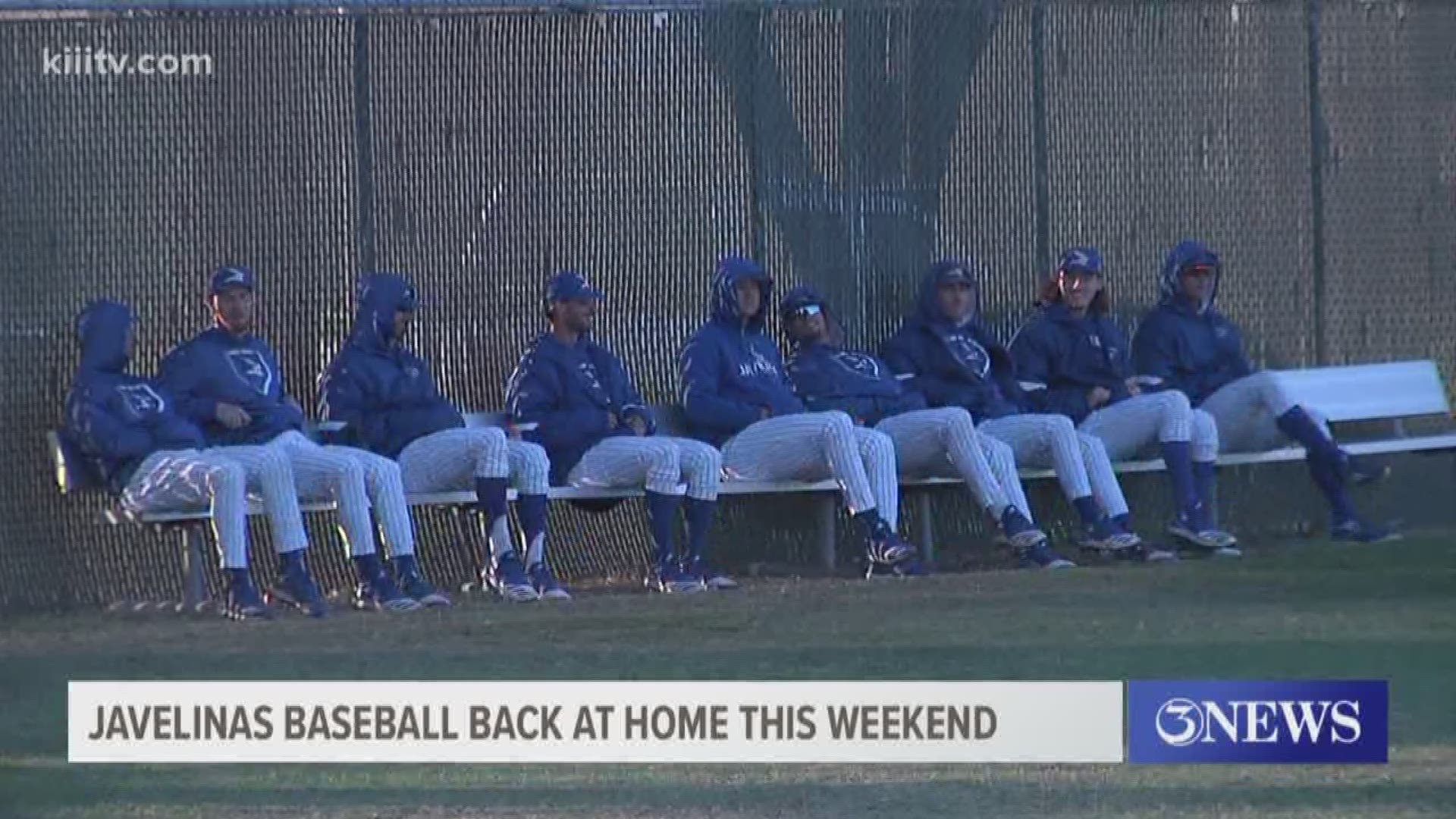 KINGSVILLE, Texas — The Texas A&M-Kingsville baseball program was locked in a pitcher's duel with Lubbock Christian on Friday at Nolan Ryan Field, but ended up with the extra-inning, walk-off win in dramatic fashion as junior Giancarlo Servin (Edinburg, Texas) scored on an errant throw from Peyton Maddox for the 2-1 decision.

The Hogs found purchase in the bottom of the first when Servin dropped a single into right to score redshirt senior Kohl Ullman (Houston, Texas) for a 1-0 lead. Ty Stephenson got the start on the mound for LCU and issued two walks to start the frame, but a fly ball to left and a failed double steal that pushed Ullman to second set the stage for the two-out single from Servin.

Meanwhile, junior Tyler Flores (San Antonio, Texas) mystified the Chaps through six innings on the hill as he struck out seven and allowed only one hit, an infield single in the top of the third to A.J. Perez, to take the no-decision. A total of two runners got as far as third base during his time on the mound, but each instance was met with a strikeout as he worked out of both jams with ease.

"For Tyler [Flores], we needed that," said head coach Jason Gonzales. "What he was able to do was come in and throw strikes, and he looked like the Tyler of old. Earlier in the spring he got off to a bit of a slow start, dealt with some [issues], he's battled back, worked extremely hard and there's no way we're going to be successful if he's not out there pitching for us on the weekend."

Perez ended stealing second in the top of the third following his leadoff infield single, but a pop fly in foul territory gloved by Servin and a fly ball out to senior Austin De Leon (Frisco, Texas) put a stop to the inning. Skylar Nelson was the beneficiary of an errant toss on his two-out ground ball in the top of the fourth and he ended up at third following a wild pitch, but Flores ended the threat by getting Trevor Andrus looking on the full-count pitch for strike three.

Larry Leitha led off the top of the sixth with a full-count walk and moved up to second on a sacrifice bunt from George Mendazona. The Javelinas had Leitha caught in a rundown later in the frame but a throw caromed off his helmet that allowed him to get to third.

Fortunately, it was the farthest he would get as a ground ball to freshman Damian Rodriguez (McAllen, Texas) became the second out, while Jaxon Shirley struck out swinging to end the at-bat.

Flores gave way to sophomore Matthew Sesler (Harlingen, Texas) in the seventh who ran into some trouble in the stanza. Perez ended up reaching on his second infield single and was moving to third on a liner to center from Edgar Hernandez, but a crucial relay from senior Seth Spinn (Holland, Texas) over to Ullman squelched the potential rally as Hernandez was thrown out trying to stretch his hit into a double.

Sesler worked through a scoreless eighth despite Leitha leading off the inning by reaching first on another error. He made it to third, courtesy of a ground ball from Luis Navarro, but Sesler got Nelson swinging to set the stage for the following innings.

TAMUK had a chance to pad its lead in the bottom of the eighth Servin skipped a single past the third baseman and reached third on a liner dropped into right from sophomore Steven Bonuz (Port Lavaca, Texas) before Stephenson finally bowed out of the game for LCU. Unfortunately, Jaden Fowler prevented the insurance run from coming across as he forced a fly ball out to left field to end the inning.

The Hogs opted for junior Chase Glover (Fort Worth, Texas) in the ninth to close the game but the Chaps had other plans. Shirley was hit by a pitch to lead off the at-bat while Gavy Perez-Torres reached on a bunt single. Perez moved both runners up on a sacrifice bunt before Glover got John Figueroa looking for the second out.

A wild pitch proved costly as the throw got away from the Javelinas' backstop as Shirley sprinted home, but Glover made up for it back getting Hernandez looking for the third out to roll the scorecard over to the bottom of the ninth. Junior Reid Baty (Laramie, Wyo.) gave the Hogs a prime opportunity to end the contest as he laced a double down the left-field line, but consecutive strikeouts from Koi Carrillo put a stop to the innings.

Sophomore Bryce Galvan (Blessing, Texas) took over the reins for Glover in the 10th after Leitha bounced a single past the shortstop and Mendazona drew a walk. Servin ended up gloving a popup on the bunt attempt from Navarro in the next at-bat before Leitha stole third to put runners at the corners.

The pivotal moment drew near once Nelson drew a full-count walk to load the bags with only one out, but Galvan answered the call and sat down the next two batters on strikes to preserve the tie.

The final frame started innocently enough with a hard line drive from Spinn gloved by the first baseman. Servin tallied his third hit of the with a single into right and reached second on a walk issued to Stary before he came home on the errant throw as Maddox tried to turn the double play on the ground ball from redshirt junior Will Arnold (Magnolia, Texas) to end the inning. Instead, the Hogs came storming out of the dugout as they claimed their third consecutive game-one win of the 2020 season.

Galvan took the win, his third of the year, with one inning of work and two strikeouts while lowering his ERA to 1.69. Servin and Bonuz both posted multiple hits as Bonuz ended up with two.

Saturday's doubleheader for games two and three are set for a 2 p.m. start time at Nolan Ryan Field.