The Macy's locations at Rolling Oaks Mall and the Shops at Rivercenter are the being shut down as part of a plan announced in early 2020. 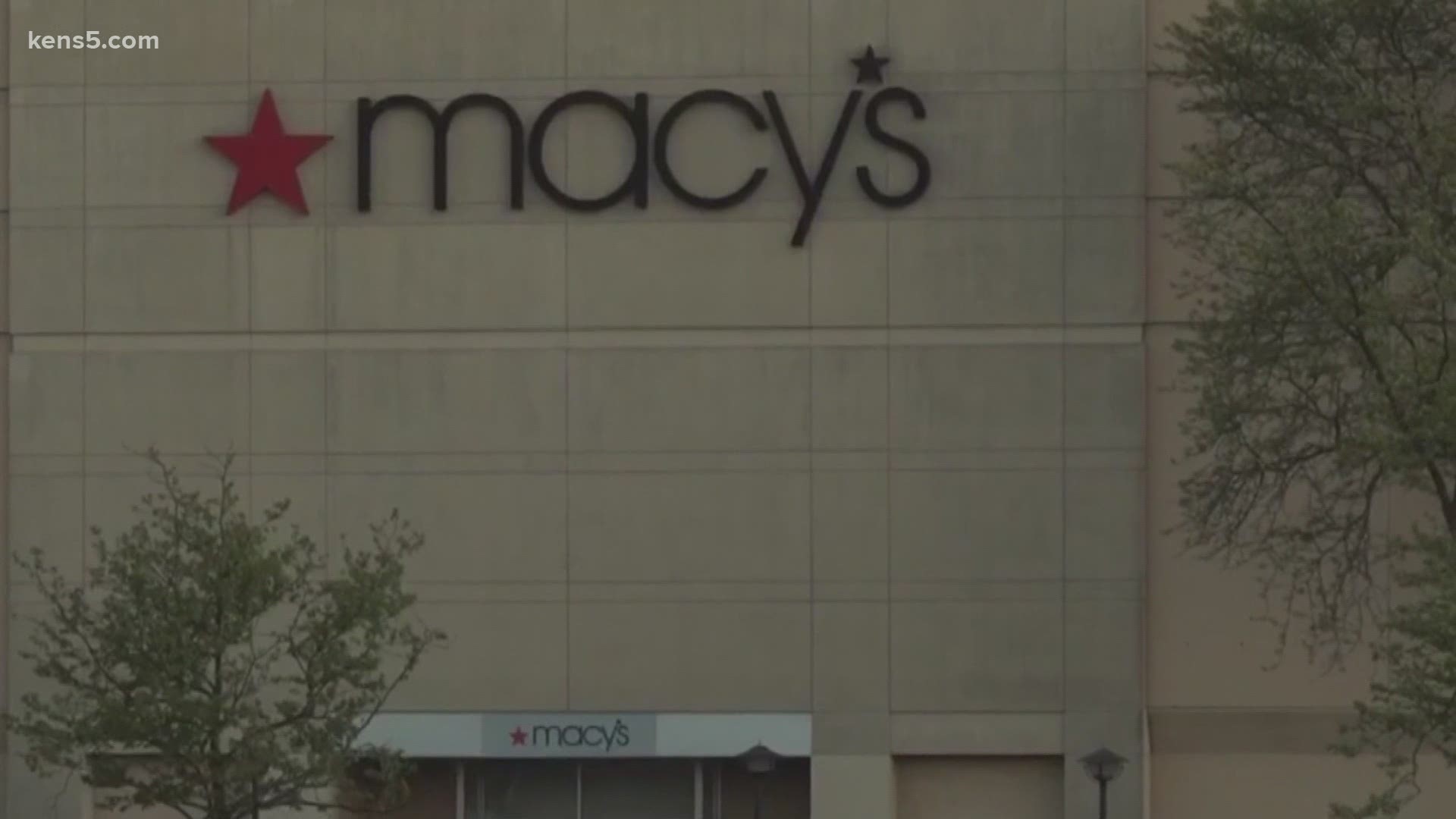 SAN ANTONIO — Macy's shoppers in San Antonio will have less locations to visit in 2021 as two locations are closing.

A representative from Macy’s said "after careful consideration, has decided to close two of our San Antonio area locations, Macy’s Rolling Oaks and Macy’s Rivercenter. These closures are part of the company’s strategy announced in early 2020."

Macy's first said it was closing 125 of its least productive stores and cutting 2,000 corporate jobs last February, ahead of the coronavirus pandemic – as the struggling department store was trying to reinvent itself in the age of online shopping. The retailer also began testing a new concept that will take it out of malls by opening smaller stores in strip centers, where more people are shopping.

The store closures represent about one-fifth of Macy's total.

A clearance sale is set to begin in January and run for approximately 8-12 weeks.

"The decision to close a store is always a difficult one, but Macy’s is honored to have served our customers and the community over the past 28 years at Macy’s Rolling Oaks and 31 years at Macy’s Rivercenter," Vocelle Phillips said. "We look forward to continuing to do so at neighboring Macy’s locations, including Macy’s South Park, Macy’s Ingram Park, Macy’s North Star Mall and Macy’s at the Shops at La Cantera; online at macys.com or on the Macy’s app."

Vocelle Phillips also said, "regular, non-seasonal colleagues who were not placed at nearby Macy’s stores will be eligible for severance, including outplacement resources."