Then, just 48 hours later, a traffic stop in Riviera, Texas, resulted in a major cocaine bust. 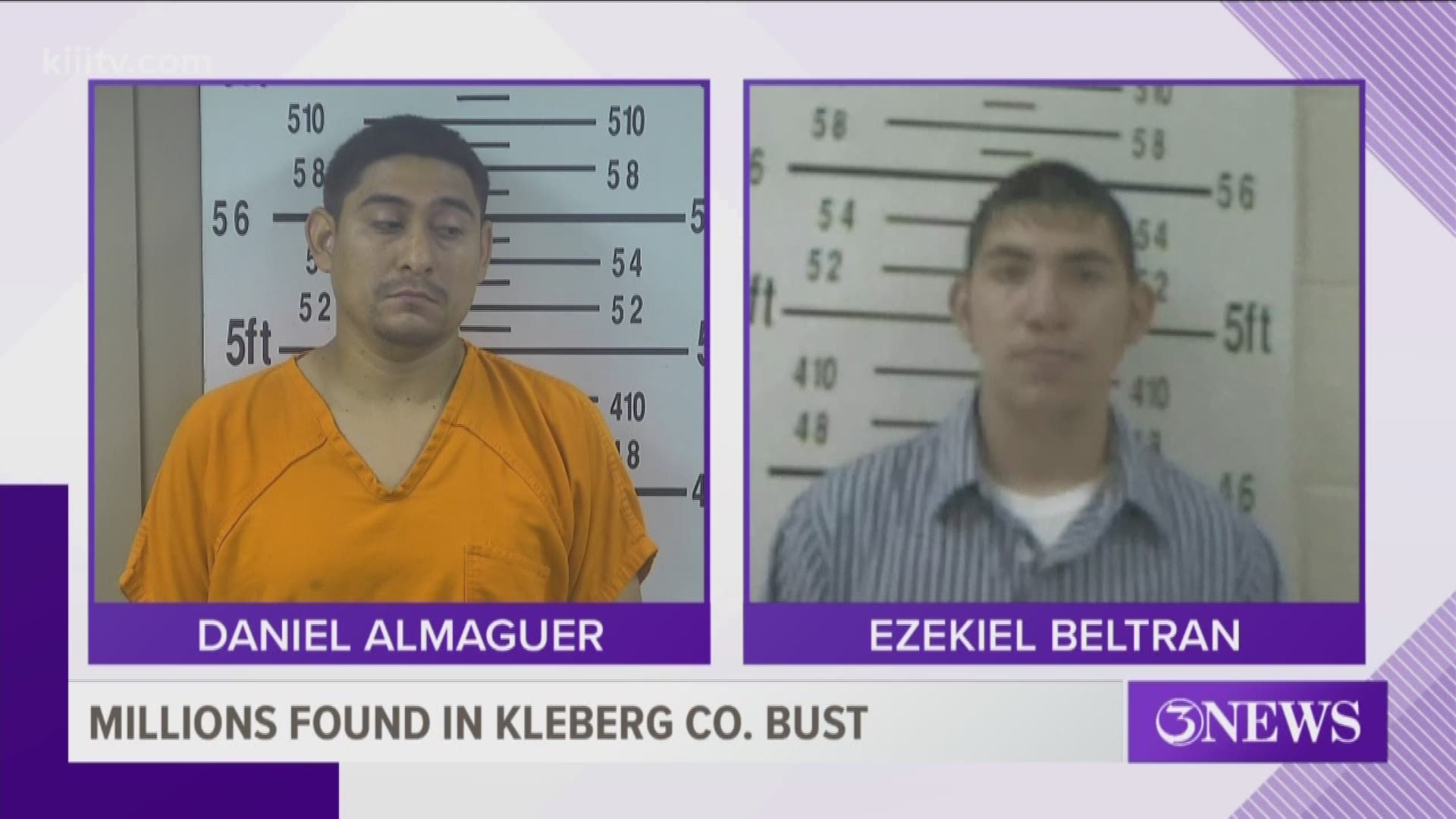 24-year-old Ezekial Beltran and 29-year-old Daniel Almaguer were arrested in separate operations this past week and are accused of money laundering and drug trafficking.

A search and arrest warrant executed last Thursday in the 500 block of E. Doddridge in Kingsville, Texas, resulted in one arrest and the discovery of illegal drugs, cash, jewelry, weapons, and ammunition.

The warrant was executed by the Drug Enforcement Administration with the assistance of the Kleberg County Sheriff's Office. The drugs and weapons were found and seized during a search of the residence, and authorities said multiple vehicles were impounded along with a recreational vehicle and utility trailer.

24-year-old Ezekiel Omar Beltran was arrested at the scene.

Then, just 48 hours later, a traffic stop in Riviera, Texas, resulted in a major cocaine bust.

It happened Saturday on northbound Highway 77. During the traffic stop, the driver consented to a search of his vehicle and deputies noticed what appeared to be wrapped bundles inside of a compartment. The vehicle was taken to an impound lot and a further search found 14 wrapped bundles of cocaine.

The driver of the vehicle, 29-year-old Daniel Almaguer, was arrested and taken to the Kleberg County Jail.

Authorities said the cocaine has an estimated street value of up to a million dollars.

Though the arrests were made two days apart, Kleberg County Sheriff Richard Kirkpatrick said the planning behind them was a work in progress.

"Those long-term investigations always end up being one of those things that we're never really in a hurry to get done, because again, you know, we want to make sure that folks are safe," Kirkpatrick said.

A the end of the day, Kirkpatrick said it is about the safety of the community.

"We're going to be there to assure citizens that our community is safe, and we're going to take care of those individuals who are out there doing these kinds of crimes," Kirkpatrick said.