A snake removal employee told ABC10 while the boa did not pose a great risk to the family, it could have killed a pet if no one noticed the snake in the home. 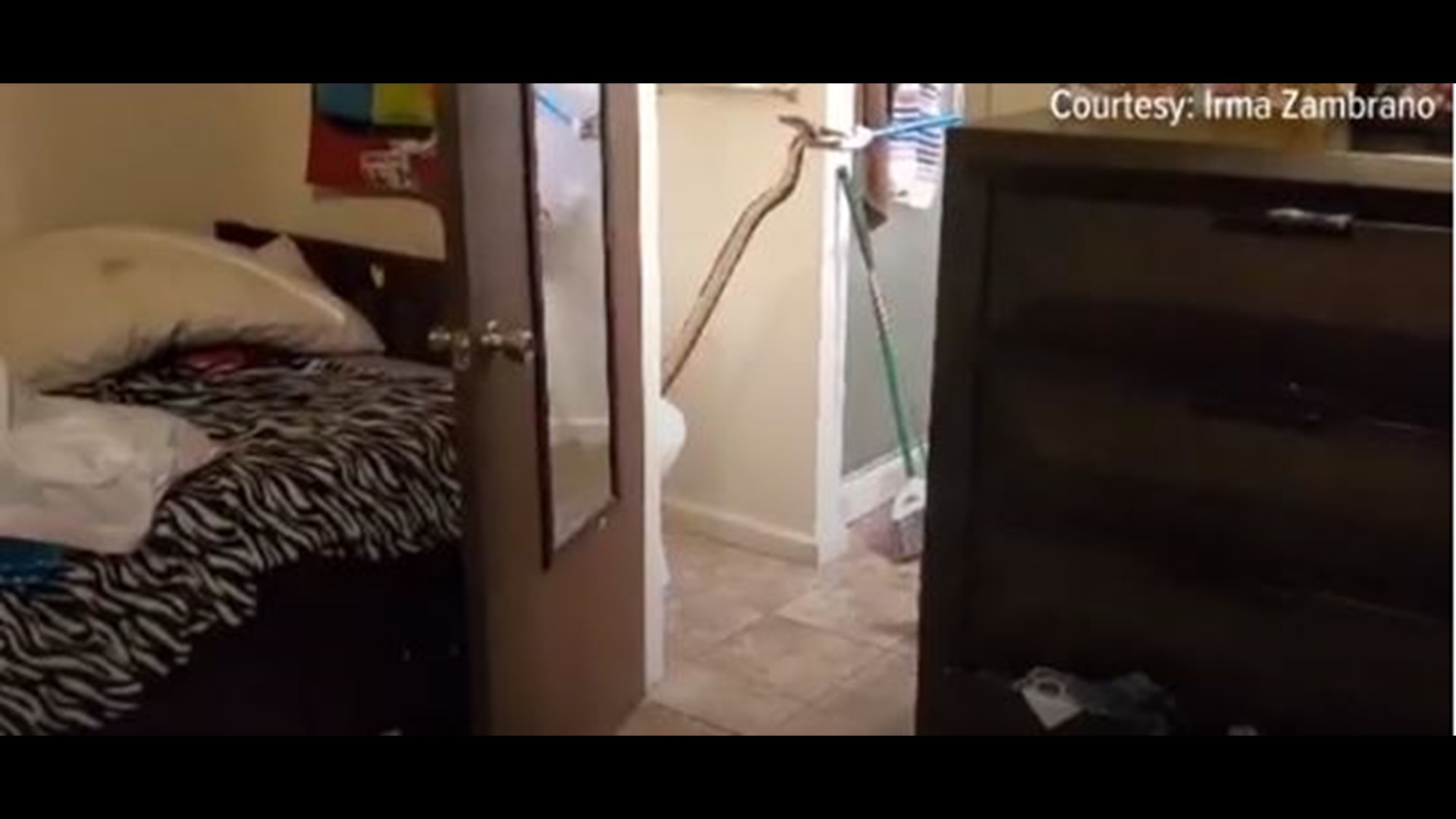 ELK GROVE, Calif. — An Elk Grove man woke up to a surprise waiting for him in his bathroom Friday morning: a six-foot snake trying to get out of his toilet.

Irma Zambrano was about to log on and work when she heard her husband yell," "Irma, there's a snake in the toilet." That's when she and her four daughters ran to the bathroom.

"I've lived in Elk Grove all my life," Zambrano said. "Never have I experienced something so terrifying."

While it did not pose a danger to the family, Stough said the snake — which he believed was a rainbow boa — could have killed a pet if no one noticed it was in the home.

And no, it isn't common for Stough to remove snakes from toilets, he said.

At the moment, no one is quite sure how the snake found itself in the Zambrano's bathroom. Stough believes the snake's journey could have started from another toilet from a neighboring home.

The rainbow boa is not native to Elk Grove and Stough believes it was probably someone else's pet. Usually, Stough would have relocated the snake, but because it is not from the area, it was taken to the Elk Grove Animal Shelter.

READ THE LATEST ON ABC10:

► Stay in the know! Sign up now for the Daily Blend Newsletter

WATCH MORE: Cat missing for 12 years is reunited with family thanks to microchip