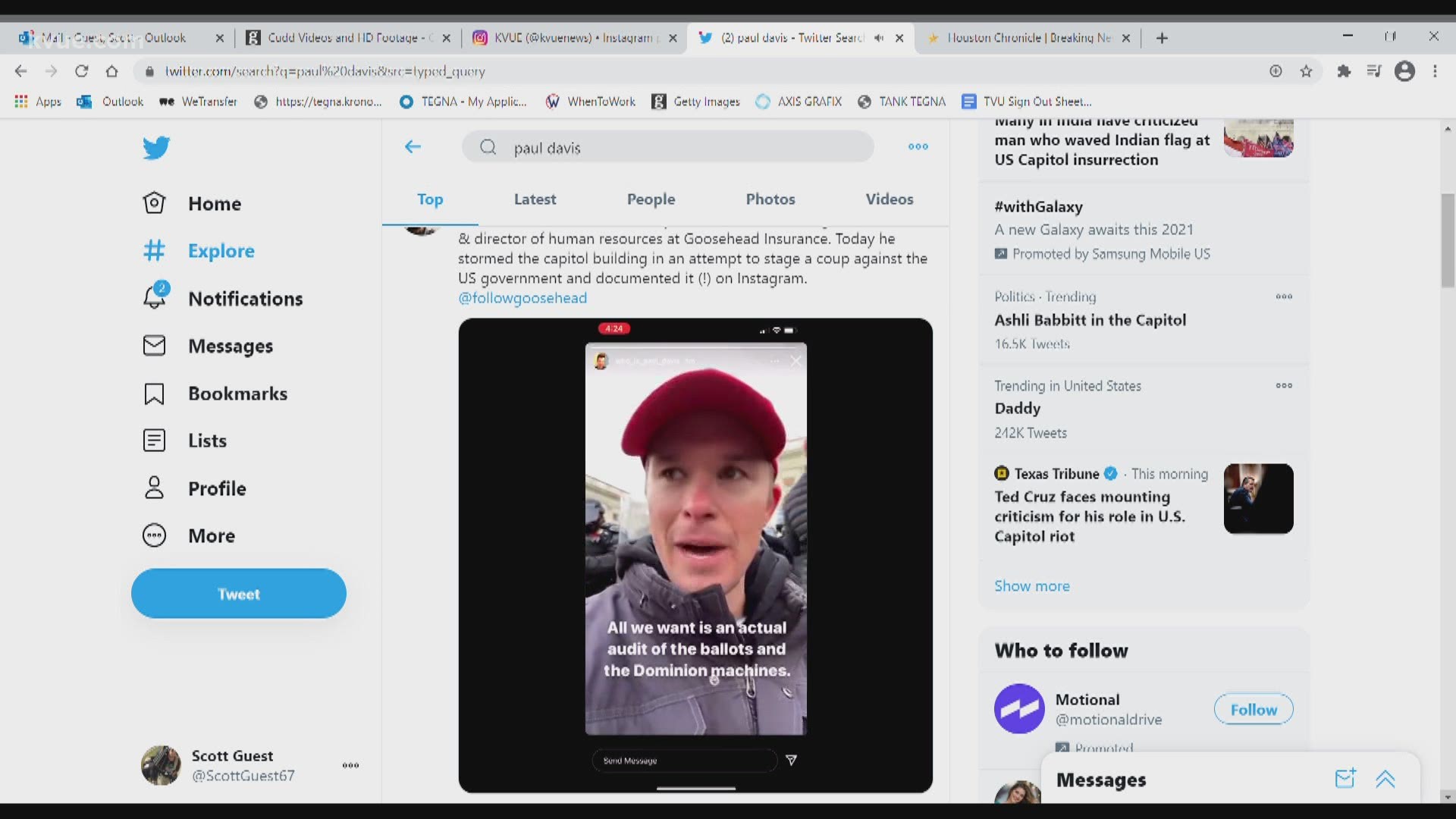 AUSTIN, Texas — An Austin man is accused of participating in the deadly riots at the U.S. Capitol on Jan. 6.

According to a complaint filed in the U.S. District Court for the District of Columbia, at least three witnesses helped identify Barnes. One of the witnesses told the FBI they went to school with Barnes at Anderson High School in northwest Austin, the Statesman reported. Another reportedly told authorities they had visited Barnes multiple times at his home.

Barnes has been charged with obstruction of justice and Congress, knowingly entering or remaining in any restricted building or grounds without lawful authority, violent entry and disorderly conduct on Capitol grounds, according to the Statesman.

Barnes is one of more than a dozen Texans accused of taking part in the violent storming of the Capitol building. Five people died in the incident and more than 100 officers were injured.

The incident is the subject of the second impeachment of former President Donald Trump.