More fallout from that winter storm that hit Texas, it could raise grocery prices. Let’s connect the dots. 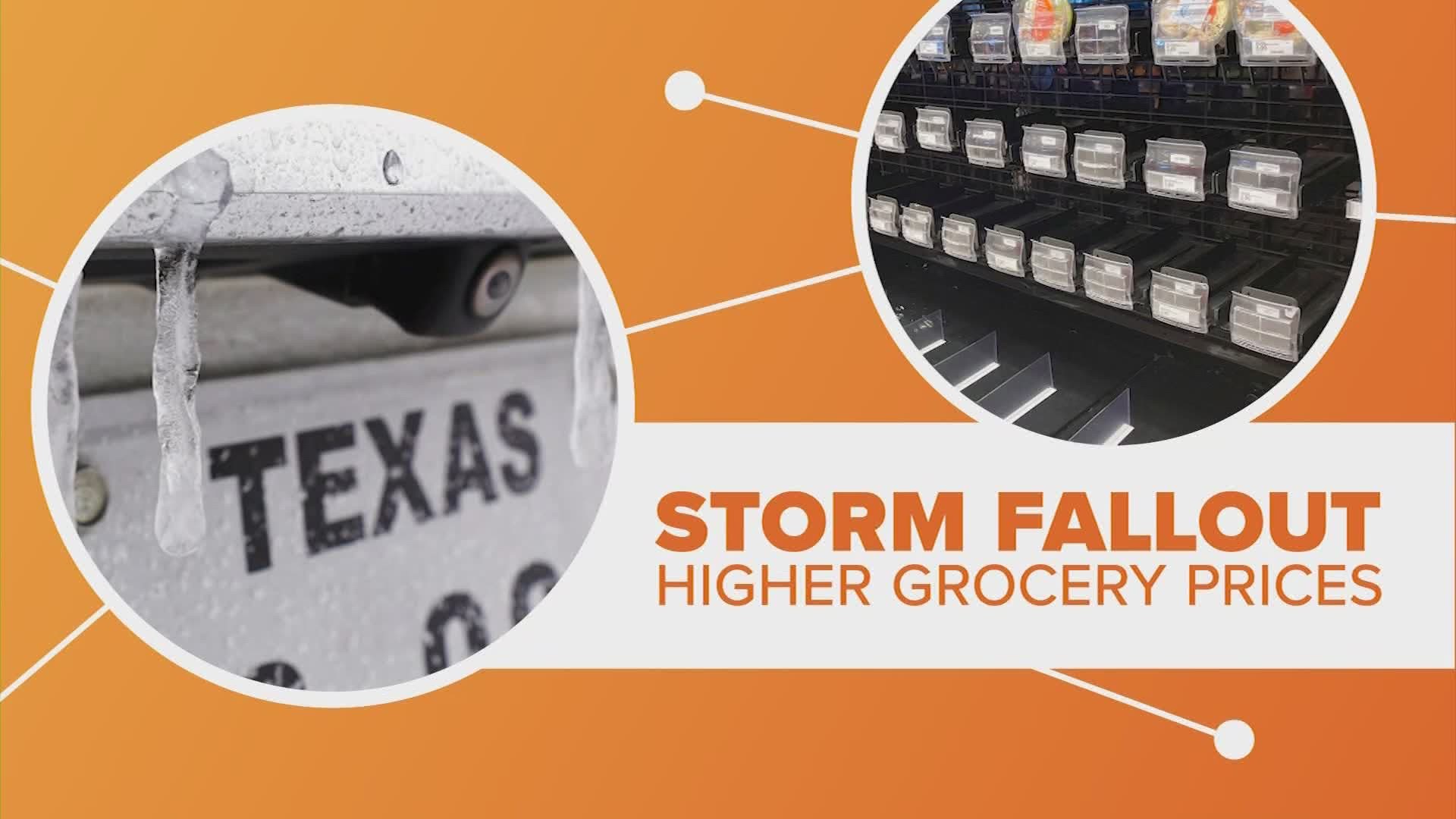 HOUSTON — During the winter months, Texas is one of the few places inside the United States that is a source for fresh fruits and vegetables. However, the deep freeze has devastated many of those crops, everything from kale to citrus trees.

Some crops did better than others. The Texas International Produce Association reports onions and cabbage seemed to have suffered the least damage. Meanwhile, farmers are still reporting a 20% loss of those crops as well.

There are stores in other states we can go to for fresh fruits and vegetables, such as Arizona and Florida. You will be able to find produce in stores, but it will probably cost more, especially in the near future. That’s because stores have to sort out the logistics of getting products from new suppliers and that will take time and money.

The storm could also have long term effects.

Many farmers had already planted valuable spring crops. Now those same farmers are scrambling to replant but that will be costly. State officials are still working on a final dollar amount for farmers’ losses.

Currently, the estimate is in the hundreds of millions of dollars.