Corporal Jimmie Villareal enlisted in the Marine Corps in 1944 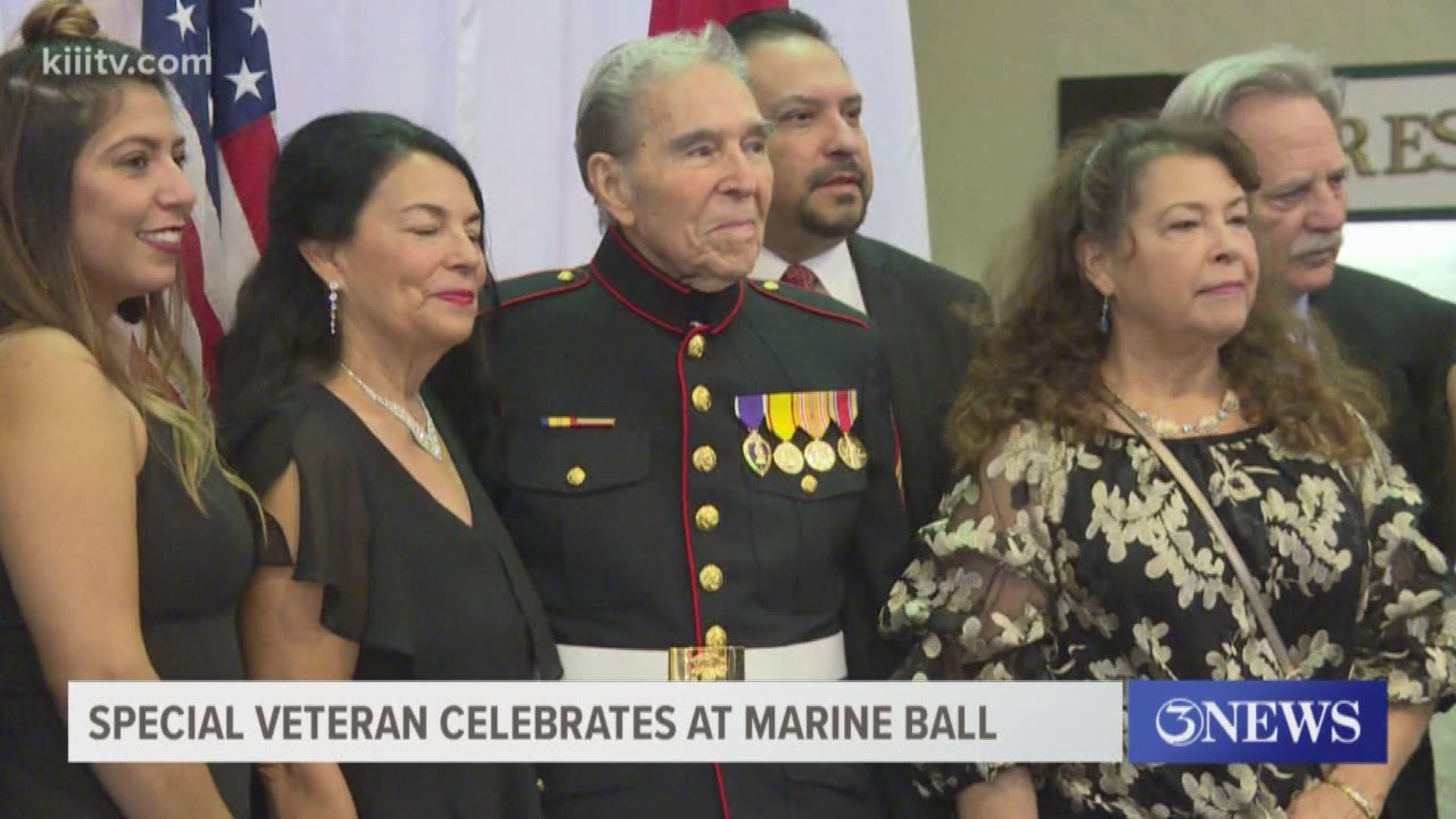 CORPUS CHRISTI, Texas — On Saturday night, Marines from the Coastal Bend gathered at the Holiday Inn off of Leopard Street, for the Marine Corps 244th Birthday celebration. Among the Marines, their loved ones and guests, was a 94-year-old man who has a story to tell.

"Makes me feel so good, all of those young Marines you know they're ready to go," Jimmie Villareal, a World War Two Veteran said.

Corporal Villareal enlisted in San Antonio in 1944. After training in San Diego, he was shipped overseas to begin his Marine Corps journey.

"From there they shipped us out to a little island called Pavuvu along the Guadalcanal area around Pavuvu which was the first marine division camp," Villareal said.

During the ball, tradition states that the guest of honor gets the first piece of birthday cake, the oldest Marine gets the second and the youngest gets the third. Villareal took the second and shared his not-so-sweet story of an injury he got in Okinawa.

"The shrapnel went all over the place hit my hand and cut it up part of it hit my- when you're in action like that you don't feel those wounds as much because your heart is beating real fast," he received a Purple Heart.

Villareal now lives in Corpus Christi with his wife and spends time with the several family members that he has, including the forever family he found in the U.S. Marine Corps.

"Once a Marine, always a Marine."