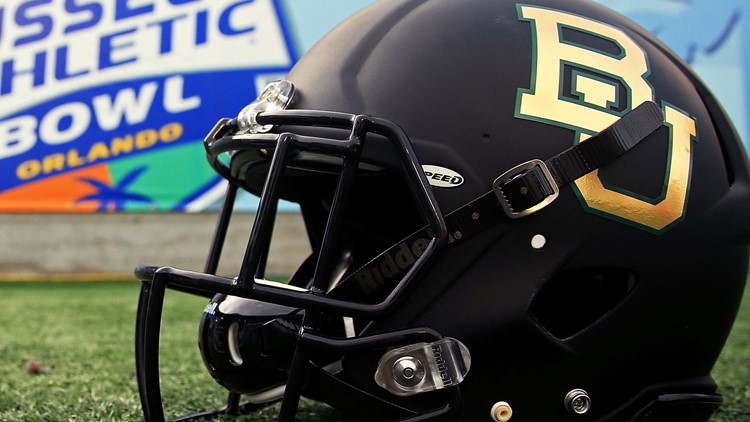 Helmets sit on the field before the Russell Athletic Bowl between the North Carolina Tar Heels and the Baylor Bears at Orlando Citrus Bowl on December 29, 2015 in Orlando, Florida.

A bombshell story from the Wall Street Journal on Friday claims members of the Baylor University Board of Regents told the paper the independent law firm brought in to investigate claims of domestic or sexual assault involving members of the football program found 17 women reported incidents involving 19 players, including four alleged gang rapes, since 2011.

The report also alleges that in at least one case, former head football coach Art Briles "knew about an alleged incident and didn’t alert police, the school’s judicial-affairs staff or the Title IX office in charge of coordinating the school’s response to sexual violence."

The Journal interviewed the regents who oversee the university about the findings from an outside investigation conducted by Philadelphia law firm Pepper Hamilton LLP. The university hired the law firm in Aug. 2015 to investigate. Baylor said the law firm briefed "the full Board of Regents and then-president Ken Starr" on its findings in meetings in February and May 2016.

In May, the university released a summary of the investigation's findings that was short on details. In response to criticism for not releasing Pepper Hamilton's "full report," the university claimed the law firm "delivered [it's full report] in the form of an oral presentation that fully and comprehensively presented the individual and aggregated findings and the evidence supporting the findings," so there was no written report to release.

In June, Briles accused Baylor of wrongfully firing him and making him a scapegoat in the scandal. He since reached a termination agreement with the university. Details of that agreement were not released.

Ernest Cannon, Briles’ attorney, told the Journal that it the regents’ comments constitute Baylor violating the nondisparagement clause in an agreement Briles signed with the school in June.

The scandal continues to cast a cloud over Baylor.

Baylor is currently facing four federal Title IX lawsuits from 13 women, many of whom did not say they were assaulted by football players and who allege that the school failed to respond appropriately to their alleged assaults.

Just this month, it was revealed the university has been added to the list of institutions that have pending Title IX sexual violence investigations by the Department of Education’s office for Civil Rights. Also this month, Baylor's Title IX coordinator resigned and said in nationally televised interviews the university "set her up to fail" when it hired her in Nov. 2014.

Briles has said he plans to coach again as early as 2017.