Taft: Getting back on the field

The Greyhounds made the playoffs last year under then first year coach JR Castellano. 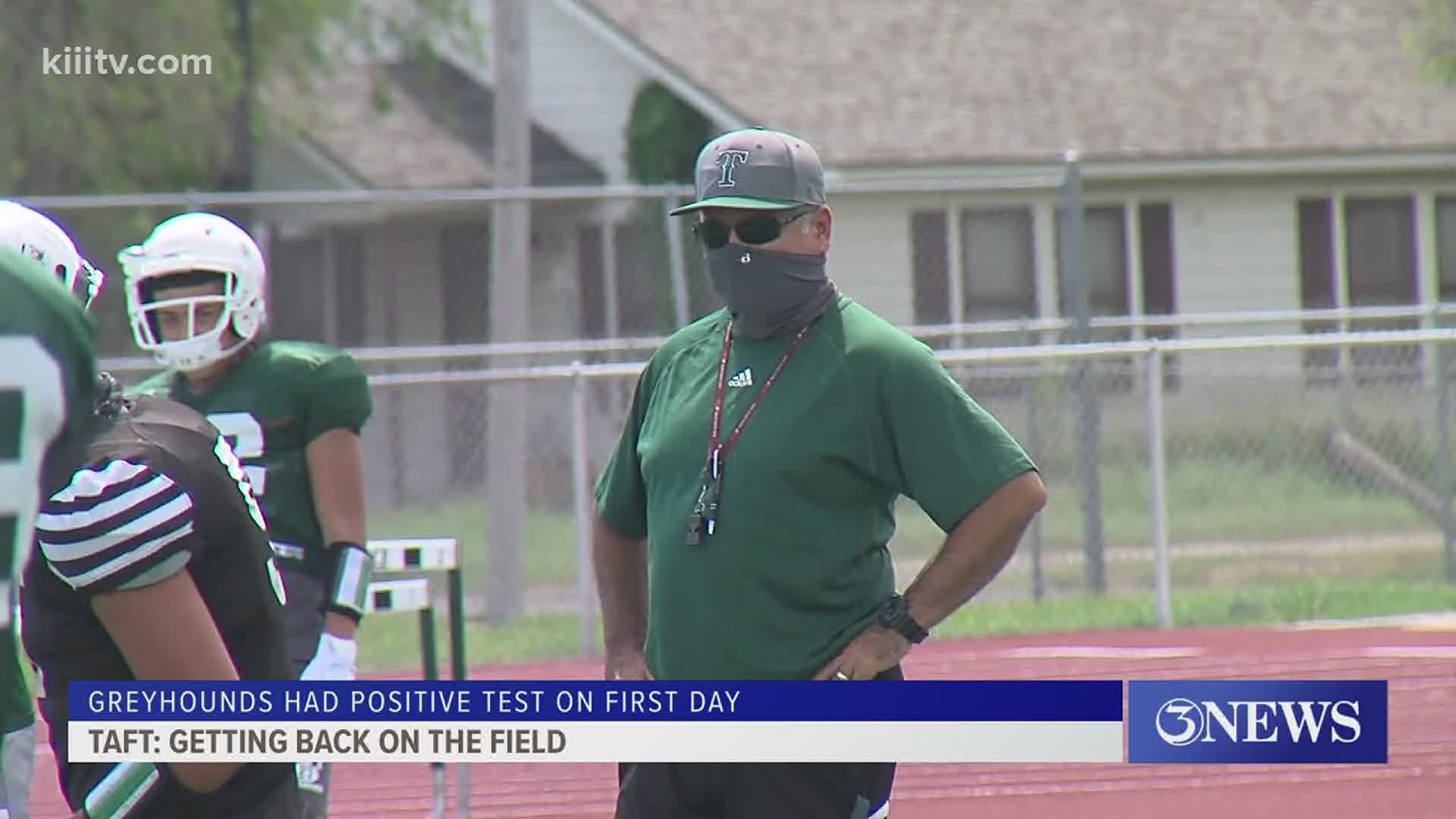 TAFT, Texas — The Taft Greyhounds are playing catch-up after being off the practice field for two weeks due to a positive COVID-19 test.

The Greyhounds opened practice on the first day August 3rd only to have one of their players test positive. Taft then decided to suspend practices until this week. Luckily coach JR Castellano says the Greyhounds were able to avoid an outbreak on the team and that it was an isolated case.

Here are some sights and sounds from the Taft Greyhounds' practice!

Castellano has some inexperience on both sides of the ball with only four starters returning on both offense and defense. That makes the early season non-district games even more important for a Greyhounds team looking to compete for a playoff spot in District 16-3A II.

The district is being split into zones based on season start times. The north zone consists of Odem, Skidmore-Tynan and Taft. The south teams are Hebbronville, Banquete, Santa Rosa and Monte Alto.

Taft opens the regular season next Friday, August 28th at home against Woodsboro.