Texas A&M-Kingsville topped Western New Mexico 81-75 to improve to 5-0 in conference play for the first time since the 1995-96 season. 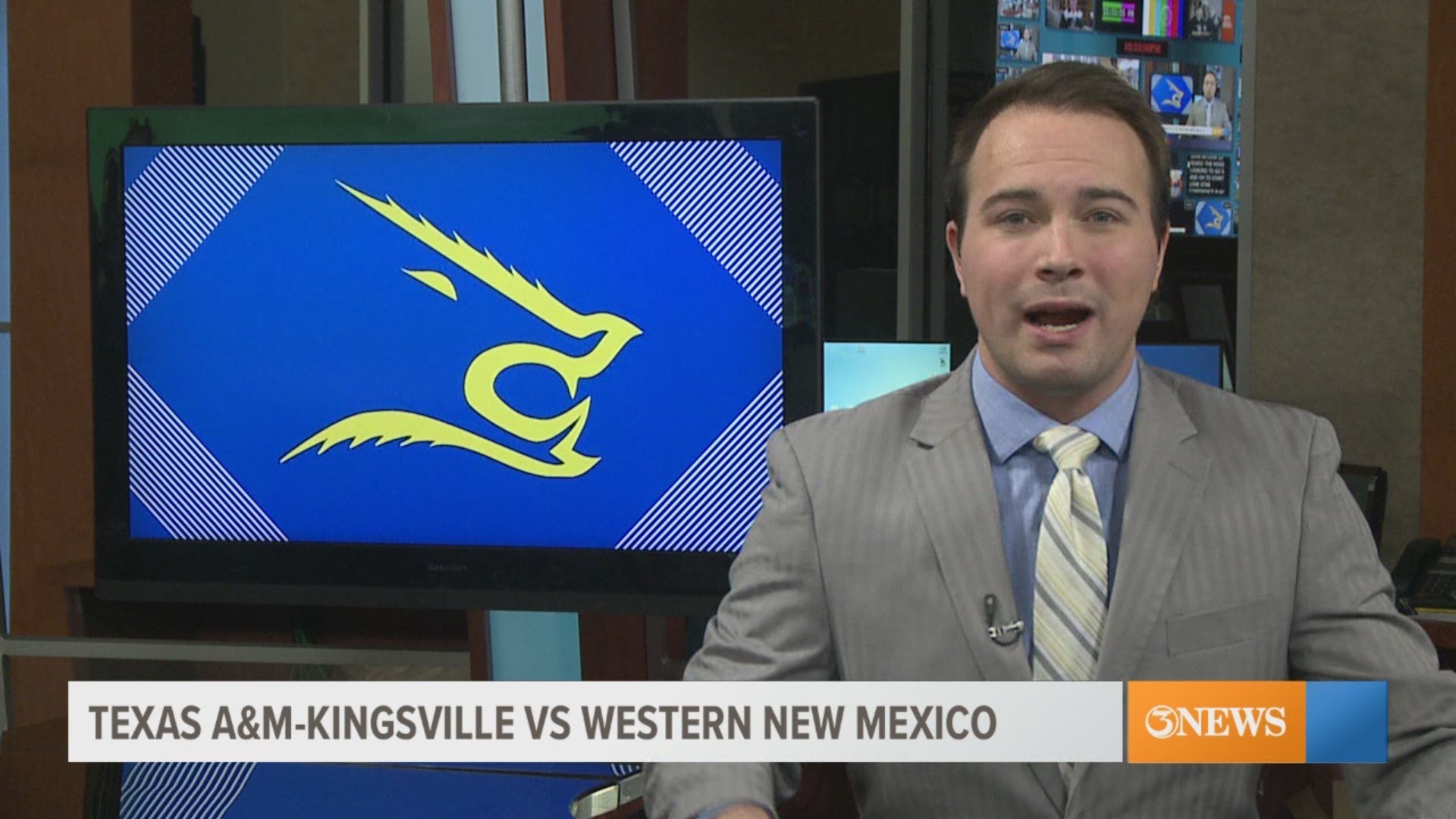 For the first time in 24 years, the Javelinas have begun the conference schedule 5-0. They remain the only team in the LSC undefeated in conference play and they've also won seven-in-a-row to move to 9-2 overall.

"It's not about how you start, it's about how you finish," said coach Johnny Estelle. "It's a bad time for the break for the Javelinas, but these kids deserve a little time off. I'm very pleased. We didn't end the game the way we would've wanted to, but that's a tribute to Western New Mexico. Out kids can get better. It's really difficult to play against quality competition every night, but we'll get better at it."

Flowers, Chayer and Mouton all contributed to a Javelina offense that has reached 80 points in three consecutive games for the first time since the 2014-15 campaign. For Flowers, this makes five straight games in double figures, while Chayer led the team in rebounds, with eight, and assists, with three. Mouton's 14 points were a season-high and he shot 6-of-7 from the floor.

The Mustangs were the first team to grab the momentum, putting in the first seven points, including a three from Eddie Giron to open the scoring. The Hogs responded with 11 of the next 17, junior Jamell Bradley (Converse, Texas) hitting a three during the run, to move within 13-11.

The Mustangs quickly pushed their edge out to seven, but TAMUK then seized the initiative. Eight straight points, capped by a Mouton dunk, put the Hogs up a point, and, after the sides traded leads more than once, three points from Chayer, a jumper from sophomore Creighton Avery (Corpus Christi, Texas) and a Flowers triple put TAMUK ahead for good and the score at 30-24.

Flowers added another trey in short order and the difference between the teams eventually reached 10 at 34-24. WNMU tallied eight of the next 11 points to get as close as five before a Rashon Thomas (Houston, Texas) trey provided the final points of the period and a 40-32 lead for the Javelinas at halftime.

The sides exchanged baskets more than once in the early stages of the second half, but a three by C.J. Vanbeekum sliced the Javelina lead to seven. The Hogs then put together an 11-2 run for a 54-39 advantage.

The visitors tried to chip away at the deficit, moving within nine points at 60-51 with 7:22 to play, but a short 7-2 burst by TAMUK put the lead up to 67-53 and the Javelina lead later grew as large as 16. WNMU put together a last gasp comeback attempt in the final moments, getting as close as four points with 16 seconds remaining, but the Hogs hung on to secure another victory.

The Javelinas will return to court after the holiday break, visiting Tarleton on Jan. 2nd for a game scheduled to tip-off at 7:30 p.m. Stay current with TAMUK men's basketball throughout the 2019-20 season by following @JavelinaMBB and @JavelinaSports on Twitter and Instagram, liking Javelina Men's Basketball on Facebook and subscribing to the Javelina Athletics YouTube Channel. Watch your Javelinas live today on the Javelina Sports Network sponsored by Mendoza's Pharmacy.