Hurricane Celia: 50 year anniversary since Celia walloped the Coastal Bend with winds as high as 180 mph

It's estimated that 252 businesses were destroyed and 331 boats were lost because of Celia. 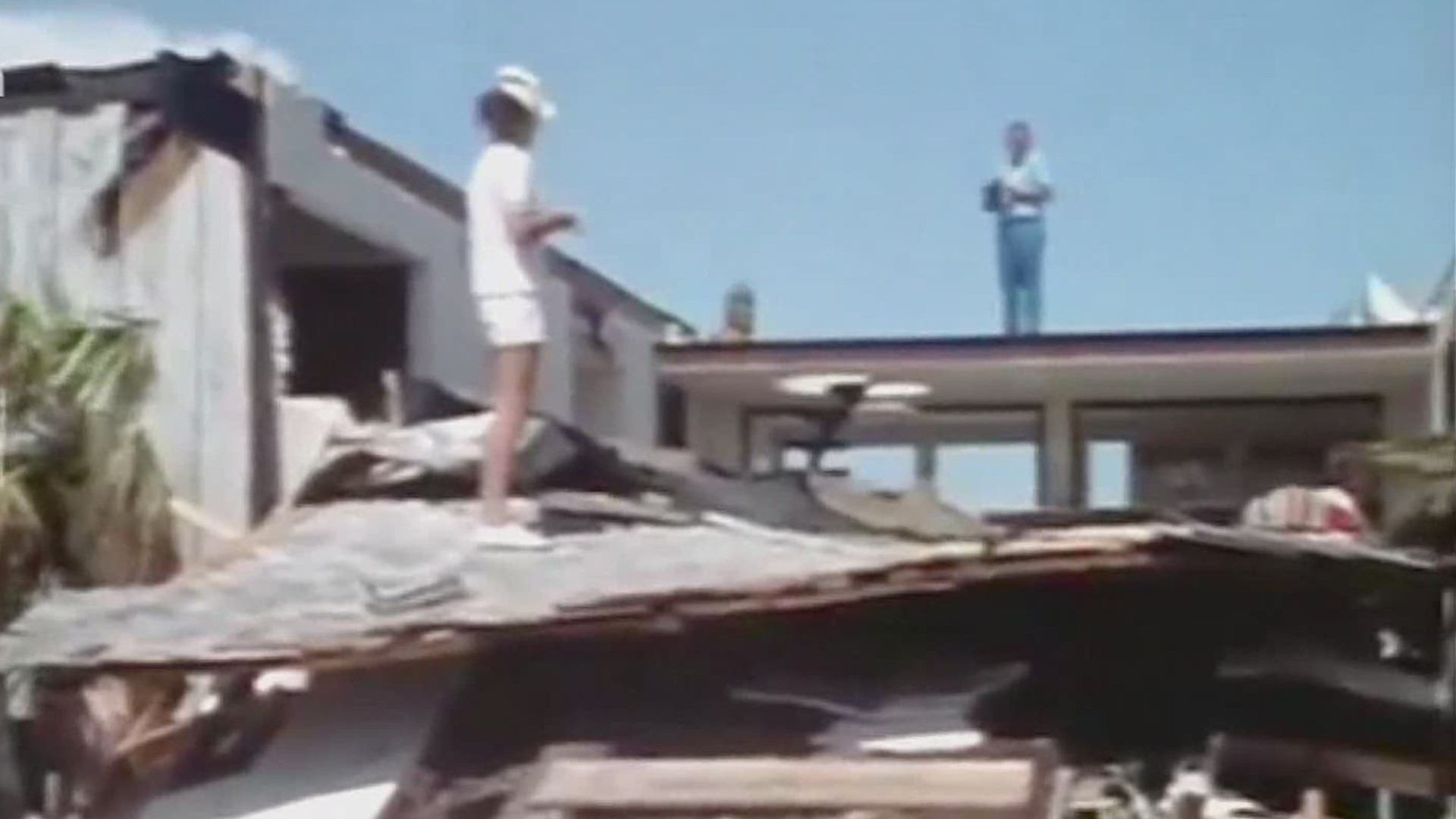 The storm formed in the Northwest Caribbean on July 30 and rapidly strengthened to a major hurricane by August 1 in the Gulf of Mexico. Two days later, Celia made landfall near Port Aransas as a category three, major hurricane and moved in just north of the Corpus Christi Bay.

Storm surge was as high as nine feet in Port Aransas, but unlike Hurricane Hanna a little over a week ago, Celia would be remembered more for her strong and damaging winds.

Sustained wind values around the Corpus Christi Bay registered between 125 mph and 130 mph with maximum gusts in Corpus Christi at 161 mph. Winds of 100 mph reached as far inland as Mathis.

According to the National Weather Service, about 70-percent of homes in Corpus Christi sustained damage with that number rising to 90-percent in Port Aransas. It is estimated that 252 businesses were destroyed and 331 boats were lost because of Celia. The cost of all the destruction came with a price-tag of $453B

While storms like Hurricane Harvey have hit the Coastal Bend with great fury and destruction, Hurricane Celia remains one of, if not, the most destructive storm Corpus Christi has had to endure.

The 2020 Hurricane Season has already been active and we've already had a hurricane to navigate through. As tropical activity ramps up in the traditionally more active months of August and September, remember to stay prepared and informed, if and when another storm comes our way.