2 systems to watch for as tropics activate, What to know about Invest 91L & Tropical Depression #7

Invest 91L, a tropical wave in the Gulf of Mexico, will work toward Texas this weekend, offering tropical rains to the area. 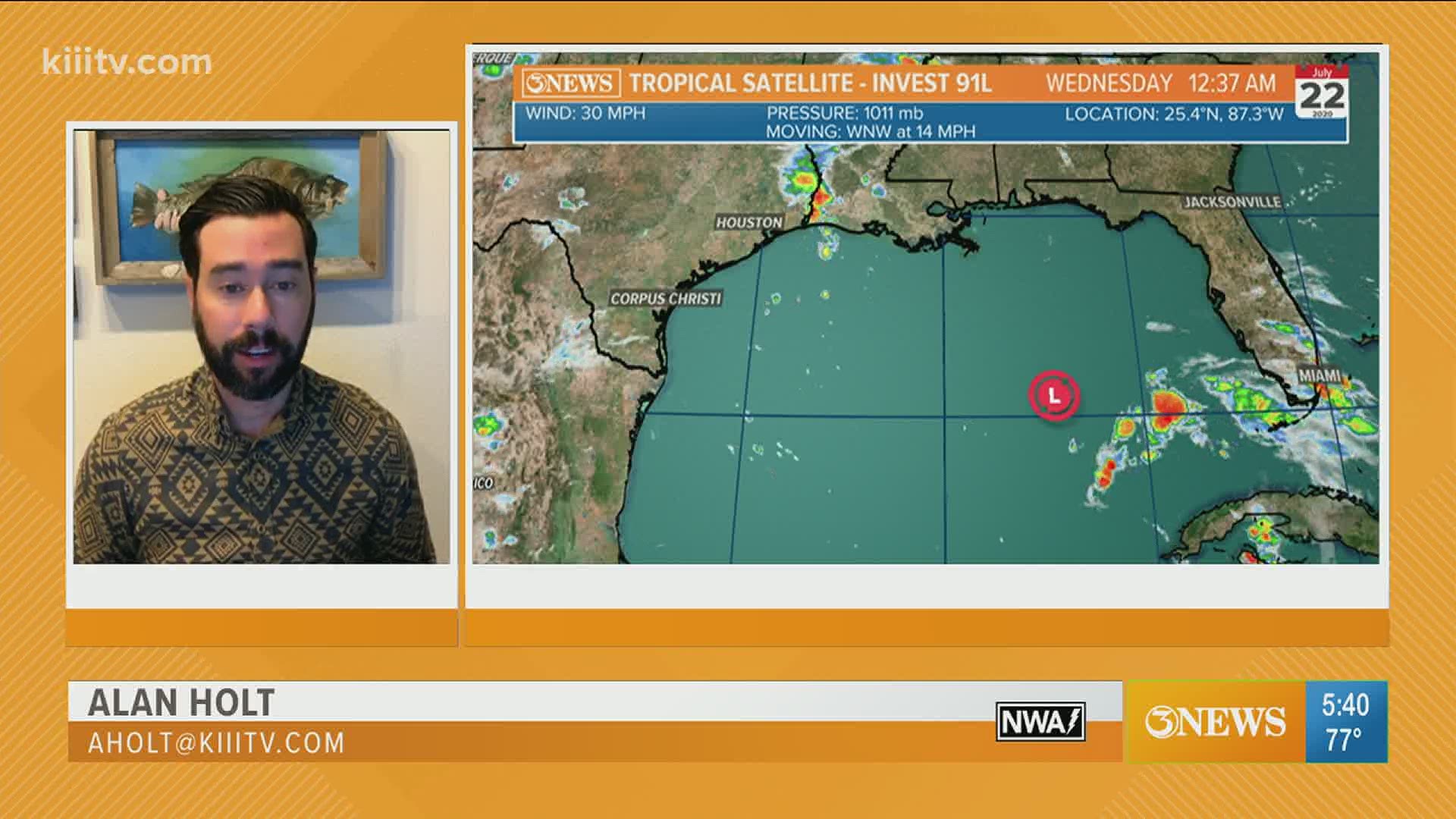 CORPUS CHRISTI, Texas — The tropics have become activated as we finish up July.  We've got two systems to watch and one of them will move into the Texas Gulf Coast this weekend.  We'll start with that one - Invest 91L

Invest 91L is a tropical wave in the Central Gulf of Mexico this morning.  The National Hurricane Center is giving this a moderate 50% chance to develop between now and Friday night/Saturday as it works into Texas.  There isn't much wind shear to impede the development of this feature, gulf waters are plenty warm (mid 80s), and the Saharan Dust is gone, but it also only has 2.5 days to develop.  So, I do think it's reasonable to see at least SOME organization moving forward, but I don't think this will become a powerful system given the lack of time.  Most likely, a tropical depression.

High pressure near the Carolinas/Tennessee will help guide this system to the west/northwest, keeping it from a hard north turn as it continues west.  You can see on the Spaghetti Plot below how most forecast guidance does show a subtle bend into the Central Texas Gulf Coast, between Corpus Christi and Houston Friday night.

The main threat with this tropical disturbance will be heavy rain, whether it is a tropical wave, depression, or storm (BTW, if it gets a name ((not likely)) it would be Hanna.  Tropical Depression 7 in the Atlantic will be named Gonzalo today).  Rain totals depend on what model you're looking at.  Whether or not we get rain is not the question, it's how much.  The European Model is the most 'gung-ho' of the bunch, advertising isolated accumulations of 5-10"+ across the Coastal Bend.  Another forecast shows half inch to an inch with 1-3" north of the Coastal Bend.  The GFS is only printing an inch.  The takeaway is that this will bring numerous tropical downpours starting Friday, peaking Saturday, and continuing Sunday.  Shower activity may persist into early next week.  The highest totals will be found north of wherever the center of this feature moves in, which is TBD.

Tropical Depression #7 formed in the Atlantic Basin yesterday.  This feature will strengthen to a tropical storm today and when it does, it will be named Gonzalo.  This is forecast to move into the Caribbean Sea as a tropical storm this weekend.  Yes, it's a precarious position, but it is not time to worry about this system yet.  Beyond the forecast cone, longer range guidance bends this system north.  That being said, we will keep close watch on this - and all things tropical, per usual.