Flight to Freedom: Pilot lands in Nueces County to pick up two abandoned dogs due to pandemic and flies them to their new foster home

The pilot, a volunteer himself with the Pilots and Paws Organization, along with a local rescue advocate with the Nueces County Animal Services made it all possible. 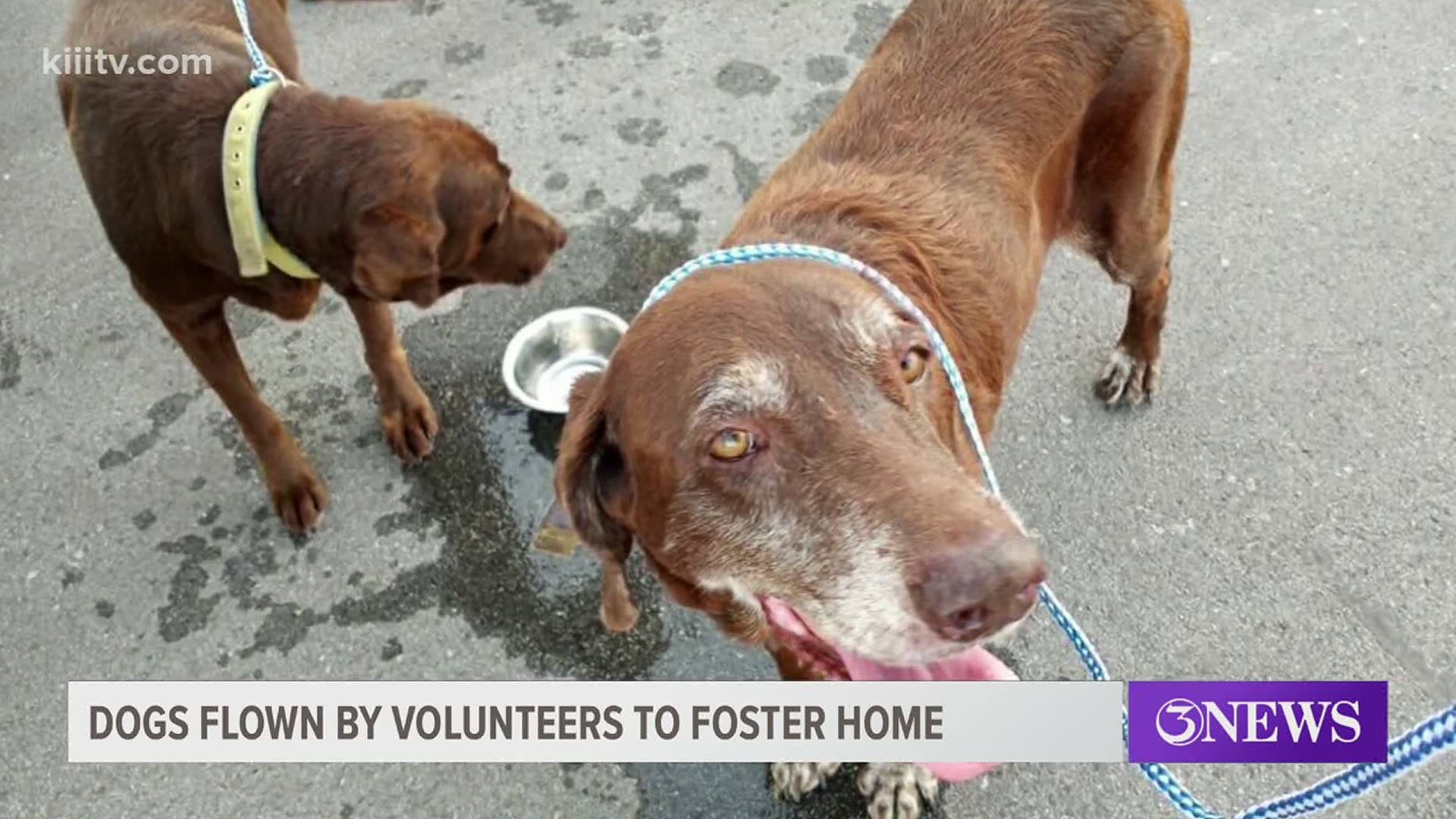 ROBSTOWN, Texas — After a Kingsville family fell homeless during the pandemic they were forced to give up their two retrievers that had been in the family for eight years.

The dogs ended up at the Kingsville Animal Control, with limited time, officials say.

That’s when local animal advocate and volunteer rescue coordinator for Nueces County Animal Services, Lisa Bockholt, stepped in and set out on a mission to find a place for these two dogs to go.

“I reached out to my rescue partners with the news, several wanted to help and then one came forward with a plan for the dogs,” said Bockholt.

Bockholt then coordinated getting the two dogs, Bailey and Ginger, transported to a local veterinarian and put them on a plane to fly to their temporary foster home in Athens, Texas.

The pilot is a volunteer himself, with the Pilots and Paws Organization. Eventually, the two dogs will be then placed together in a permanent loving forever home by their rescue, Chicagoland Lab’s.

“Rescue can be stressful at times but it’s times like this that make it all worth it”, said Bockholt.

For more information on how you can help shelter dogs in our area contact South Texas Shelter Dogs at (410) 608-2195.

Credit: Lisa Bockholt
An airplane sits on the runway after landing to pick up two dogs from Nueces County.

Credit: Lisa Bockholt
Bailey and Ginger get a drink of water before boarding the plane.

Credit: Lisa Bockholt
A pilot from Pilots and Paws Organization loads two dogs in an airplane before flying them to freedom.

Credit: Lisa Bockholt
One of the rescued dogs sits in an airplane that is stationed on the runway after landing in Nueces County.